Lawrence Scheele, a marine biologist, free diver, and underwater photographer, recently captured a clip of a “Gloomy Octopus” crawling across land in Manly Beach in Sydney, and the sight is bizarre, to say the least. Yes, at first glance, an octopus crawling along a beach may not seem too otherwordly, but focus on the Gloomy’s tentacular gait for long enough and you may begin to wonder how long it’ll be before these sea creatures H.P. Lovecraft humanity right out of its post as apex predator.

Laughing Squid picked up on Scheele’s video, which was posted to his Instagram account on February 12 of this year. According to the video’s description, Scheele—who also goes by the moniker, snorkeldownunder—was visited by this particular Gloomy Octopus after it was found “seemingly stranded in shallow pools due to the king low tide.” Scheele said that he watched the octopus walk for minutes across land before finding its way back into the ocean.

For those unfamiliar, the Gloomy Octopus, a.k.a. the common Sydney octopus, a.k.a. Octopus tetricus, is a species of octopus that lives in the warmer waters around New Zealand and eastern Australia. It has earned its nickname, Gloomy Octopus, thanks to the sullen demeanor conveyed by its somewhat lifeless white eyes. 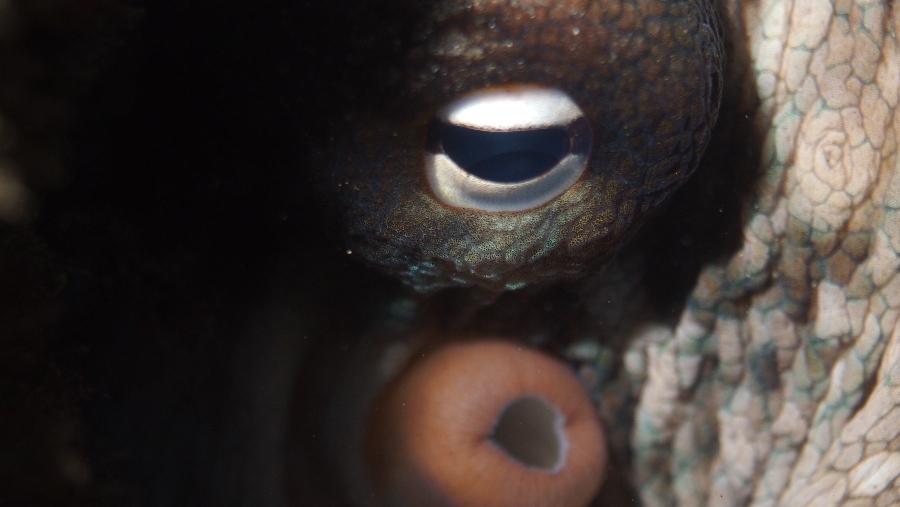 But don’t be fooled by its name: The Gloomy Octopus may appear to be “over” life, but it is still definitely in the business of taking it from other sea creatures. According to the Octopus tetricus wiki, “[The Gloomy Octopus] is a territorial species which sits out the day in a lair among rocks and rubble… [that can be] identified by the shells of the octopus’s prey which it scatters around its home.” Hard. Core. Soft. Cephalopod.

Anybody who wants to spend a bit more time living la vida Scheele can check out the biologist-diver’s other Instagram videos, which feature more insane saltwater creatures that seem like they’ve come to Earth from another planet.

Octopus of the day #4: Gloomy Octopus
This octopus lives around Australia and New Zealand. It’s arm span can grow up to 2.2 meters.
Unlike most octopuses the gloomy octopus is territorial of its lair and will have shells of its prey lying around.
They are known to be cannibals pic.twitter.com/5smP7P37Md

What do you think about this video of a Gloomy Octopus making its way across land? Do you have any of your own videos of crazy sea creature encounters, or do you avoid the beach at all costs at this point in your life? Let us know in the comments!