Numenera Players: Use These Pop Culture Glaives For Inspiration - Nerdist

Numenera Players: Use These Pop Culture Glaives For Inspiration

Characters in  Numenera are built using the simple structure of “I am a [adjective] [noun] who [verbs]“. The three main classes are broad in their application, vaguely mirroring the classic split of warrior, thief and magic user of classic Dungeons & Dragons design. Still, seeing lists of descriptors and focuses can be overwhelming to a new player of any system. So we’re to help with one of the greatest traditions in tabletop role-playing games—taking inspiration from other media and bringing those characters to your table!

These characters are great for players new to Numenera or as inspiration for NPCs to fill up the Ninth World. These characters (and the ones suggested in the comments) are all built using the sentence structure of the Cypher System to allow everyone to recreate these build at their table. Without further ado, let’s get into the heavy hitters of the Ninth World—the glaives!

Dwayne “The Rock” Johnson is a movie star in the classical sense of the term. He’s got charisma, good looks, and a tough exterior, though he isn’t afraid to laugh at himself. The years spent refining this persona in WWE paid off in a string of hits and big roles in big franchises, but even off-camera, Johnson seems like the kind of person a team of Ninth World delvers would be lucky to have on the team. Someone strong enough to face down the dangers hidden inside untold ruins but also willing to crack a few jokes on the road back to civilization. We think this character would be a Charming Glaive Who Needs No Weapons. 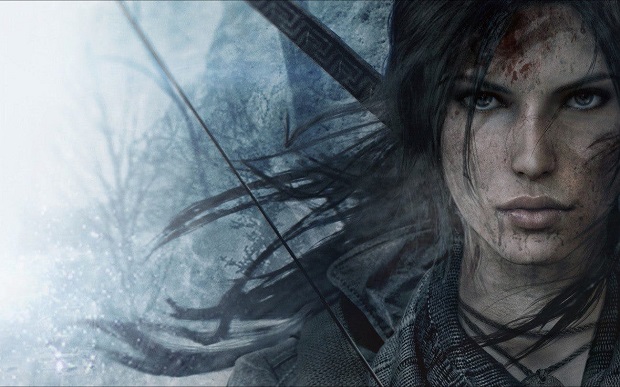 Lara Croft has come a long way since being simply a girl version of Indiana Jones introduced in the original Tomb Raider game in 1996. She’s gained an aristocratic background, an origin involving a lost father and been played by a pair of Academy-Award winning actresses in film adaptations of the games. The most recent series of games show a lot of Lara’s inner grit as she improvises her way to surviving frightening encounters as death-defying and weird as anything in the pages of Numenera. This Resilient Glaive Who Wields Two Weapons at Once shows us that toughness doesn’t always mean a big build.

Toughness is the defining characteristic of the glaive class, but sometimes mental determination is just as important as physical toughness. The pre-Magneto played by Michael Fassbinder savagely hunts down Nazis in the first act of X-Men: First Class before teaming up with Charles Xavier to unlock his true abilities. Magneto in any form is no slouch in a battle thanks to his abilities, but this version slots in well as a character hunting a group that changed his life in a terrible way, yet trying to balance out connections with the rest of the PCs. Erik is a Driven Glaive Who Wields Magnetism.

Do you play Numenera? Share inspiration for glaives in the comments below!