A look back at the life of Norton Juster will rear plenty of stories—both the sort he wrote and the sort he lived. In his 91 years on Earth, Juster lived as an architect, a soldier, a professor, an environmentalist, to name a few. But the piece of his legacy we’ll remember most fondly will no doubt be his contributions to literature. Above all, his life-changing children’s novel The Phantom Tollbooth.

The news of Juster’s death comes Tuesday morning via an announcement by friend and fellow children’s author Moe Willems. (Himself known for his series of Pigeons books and cartoons like The Offbeats and Sheep in the Big City.) At just shy of 8 am ET, Willems tweeted the following message:

The immediate aftermath of the tweet saw a bevy of admirers proclaiming their affection and reverence for Juster’s work. USA Today confirmed the news.

Juster was born in Brooklyn On June 2, 1929, to Jewish parents of Polish and Romanian background. Like his father and brother, Juster launched himself into a career in architecture, studying at the University of Pennsylvania. His years at school preceded a turn in the Navy, a period in his life that instigated a passion for writing.

In 1960, Juster turned his attention to what would become his most famous creative pursuit: The Phantom Tollbooth. The novel published in ’61, accompanied by illustrations by Juster’s friend Jules Feiffer. Across the 60 years and counting following its release, The Phantom Tollbooth has endured as a must-read for inquisitive children. In one fell swoop, Juster managed an invigorating adventure story and a playful tilting of mathematic, linguistic, and philosophical concepts. Any Phantom Tollbooth veteran will no doubt carry vivid memories of its characters and themes, even years after reading. The Humbug, Tock the Dog, the Dodecahedron, jumping to Conclusions, and symphonies of color prevail evermore. 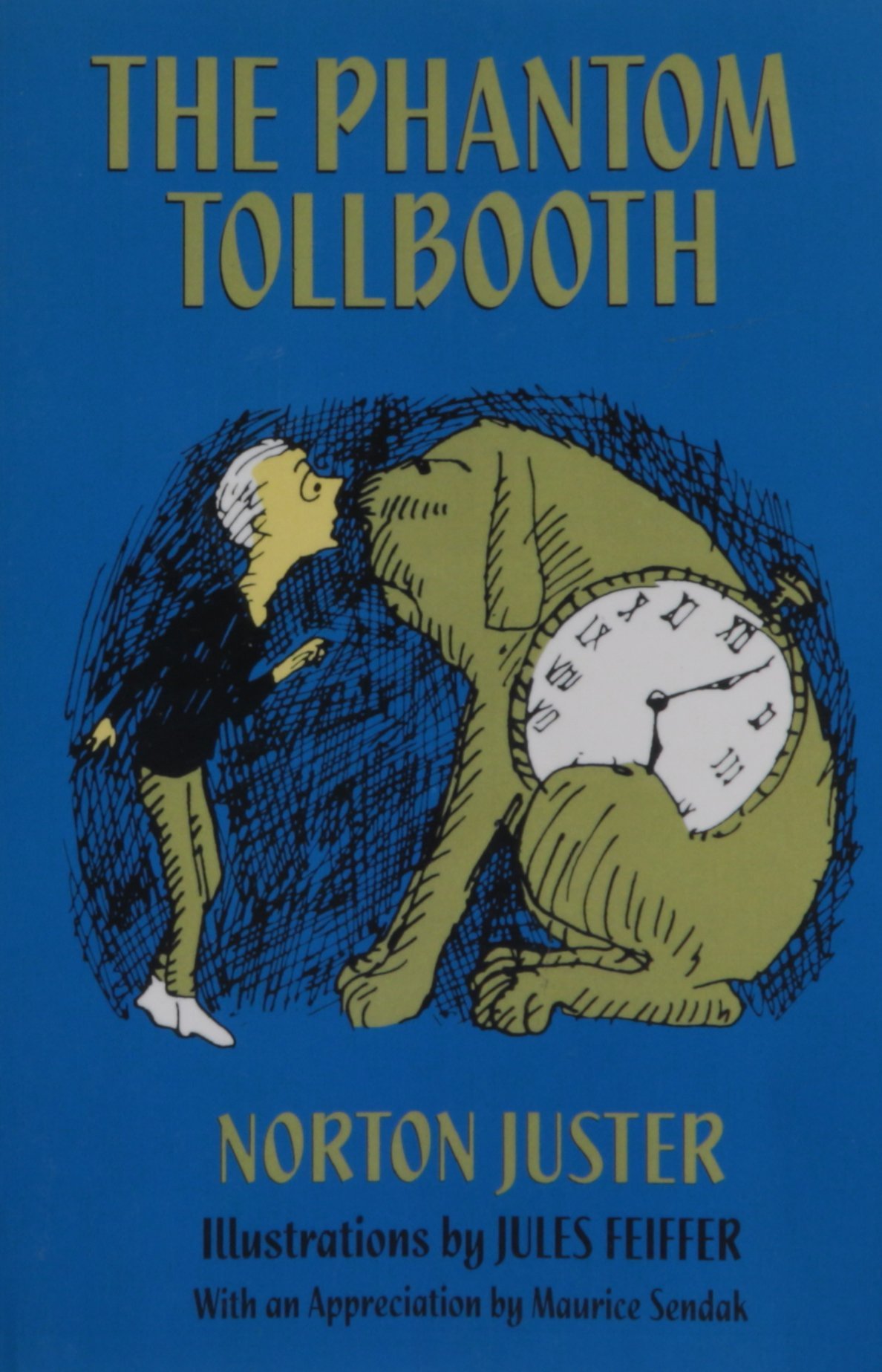 Two years after The Phantom Tollbooth, Juster wrote the likewise mesmerizing The Dot and the Line; the short story too showcased a fanciful relationship with mathematical concepts, and begat a delightful short cartoon. Juster maintained work as an architect and an academic for many years, though never strayed from the world of creative writing. He ended up writing about a dozen books in his lifetime.

All accounts of Juster suggest he led a life of joy, wit, and imagination. Nowhere is that clearer than on the pages of his fiction. The Phantom Tollbooth has proved itself the rare kind of book that can inspire generations of writers and readers to explore the world—and their own minds—in ways heretofore unknown. Ours is a richer, stranger, and more delightful world because of the one inside Juster’s tollbooth.