It appears that Noah Hawley’s Star Trek 4 won’t really be a fourth feature film featuring Chris Pine and Zachary Quinto as Kirk and Spock after all. Rather, Paramount seems interested in another “new beginning” for the franchise. The Hollywood Reporter caught up with Hawley at the TCA Winter Tour, which he attended in order to discuss the fourth season of his FX series Fargo. But his upcoming Trek movie came up, and here’s what he had to say about it:

“To call it Star Trek IV is kind of a misnomer. I have my own take on the franchise as a life-long fan.” When asked about reuniting the cast from J.J Abrams’ “Kelvin timeline,” Hawley said, “It’s early days. I don’t know. But new characters often involve new cast.”

As vague as that answer is, it points to not one but two important facts about his film. Whatever the next iteration of Star Trek on the big screen turns out to be, it seems like it will be without Kirk and Spock. Because Hawley didn’t just mention new cast, but also new characters. So just what the heck could this mean?

From a financial standpoint, it makes sense for Paramount to go in a new direction with a new cast. Each of the Bad Robot installments made less money than its predecessors while costing more to make. Star Trek doesn’t pull in global Star Wars-level box office numbers to justify spending more money on the franchise than the studio already has. And if a sizable payday is required just for the cast even before Hawley can mount his installment, it might make better financial sense to pour those resources into the script and production and assemble a new Enterprise crew. 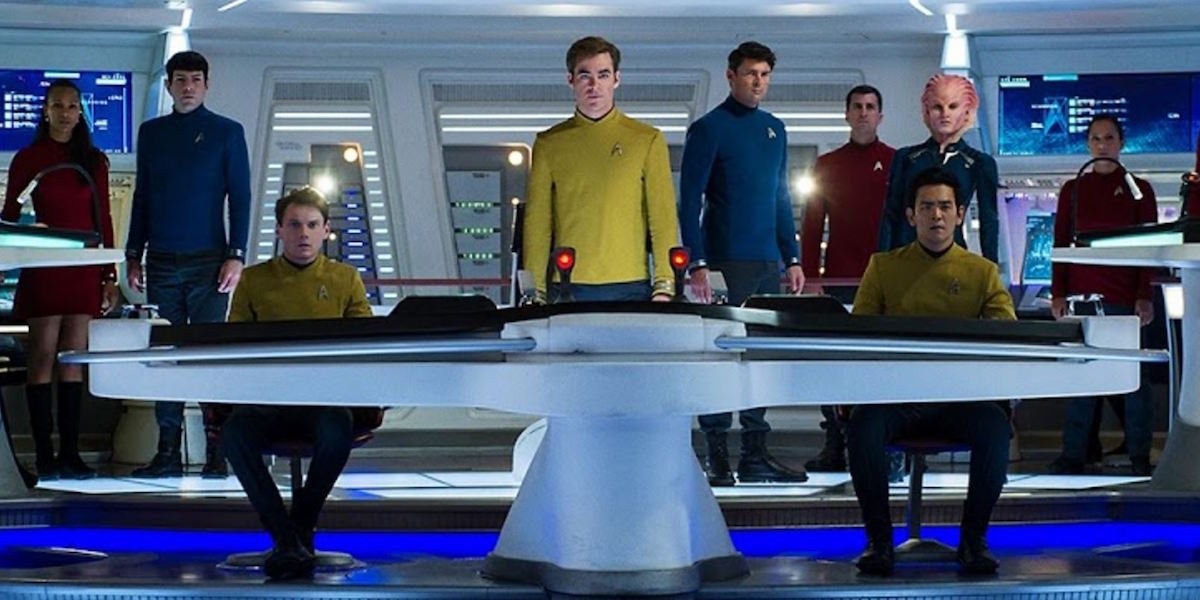 That said, the smartest thing for Paramount would be to keep things in the alternate Kelvin timeline established by the J.J. Abrams reboot, while leaping ahead into the future. Explore the adventures of a new Enterprise in totally uncharted territory of the Alpha Quadrant. By being unencumbered by previous continuity, Hawley enjoys more latitude to go nuts and truly indulge his creativity. Maybe an Enterprise-D with a totally different crew than Picard, Data and Worf? And a totally new design. At this point, the possibilities are endless.

And if it doesn’t work out, they could always go back to in time and tell further stories about Chris Pine’s Kirk and his crew. The three J.J. Abrams-produced movies essentially covered the same three-year run of the original series. It might be fun to come back many years later to see Pine and Quinto in their characters’ Wrath of Khan era, long after completing their original five year mission. Given that the other big screen Star Trek casts got six and four films, respectively, we’d love to see them tackling other adventures as their characters age and grow.

Speaking of Wrath of Khan, Hawley briefly cites the beloved classic when discussing what he wants to do with this new film. Specifically, he said “It’s William Shatner putting on his reading glasses and lowering Khan’s shields, which cost like $9.50. There’s no big action sequence. He’s just more clever.” Considering that Nicolas Meyer’s film was additionally shot on a limited budget emphasizing less of the action that defined the Abrams-era films, this might be a wise move. But either way, by accident or design, the focus on ideas over spectacle is precisely the kind of Trek storytelling this longtime fan lives for. Warp speed, Mr. Hawley.