NO TIME TO DIE Is a Sendoff Befitting a Double-O

The idea of starting a James Bond from the beginning of his life as a spy seemed a novel one in 2006. Hot on the heels of the Bourne franchise, the frenetic adventures of a brash, brand new secret agent was a great way to bring people back into the fold of 007. Die Another Day was truly awful, so why not start completely afresh? Daniel Craig wasn’t the “typical” James Bond, but he fit the tux to a tee. His era has had its ups and downs and false-starts; after 15 years as the sitting Bond, we’re only getting his fifth outing as the character. But fortunately, No Time to Die gives this James Bond a fitting, if surprisingly frill-free final assignment. 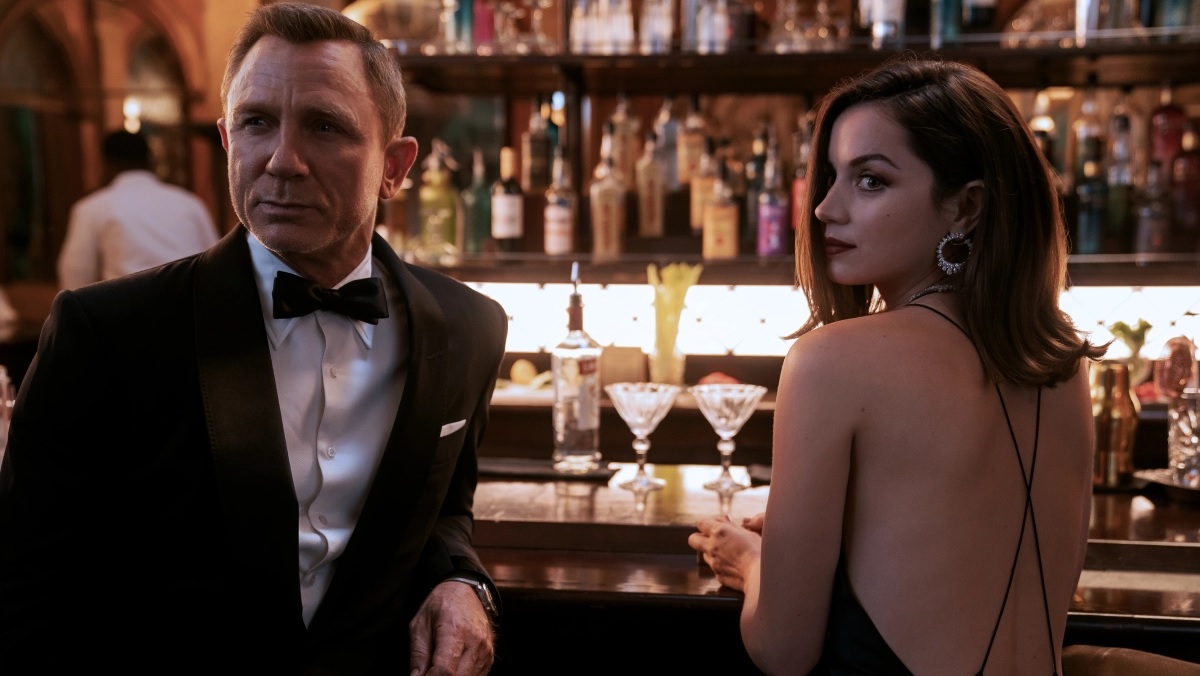 Much as the old adage goes that the even-numbered Star Trek movies are good, the Craig/Bonds have fallen into the pattern of odd-numbered movies are good. 2006’s Casino Royale was tremendous; 2008’s Quantum of Solace had the handicap of a writers’ strike in the middle of production. Then 2012’s Skyfall came back in a big, big way celebrating the franchise’s 50th anniversary. But 2015’s Spectre, despite having the added benefit of the character of Blofeld now back in EON Productions‘ control, felt like a muddled, confused attempt to make him the de-facto villain of the entire Craig saga. It didn’t work.

So going in to No Time to Die, which had so much working against it, you could imagine any number of things going wrong. Craig was very publicly done playing Bond after Spectre and yet was coaxed back for a fifth movie. Various writers and directors came and went. And with so much franchise baggage now attached to the Craig films, there exists a parallel reality where this movie was bloated, confusing, and stupid. To director Cary Joji Fukunaga’s immense credit, he delivered a finale to this James Bond that is much more about the man’s present and future than, as the last two movies had, dwelling on his past. 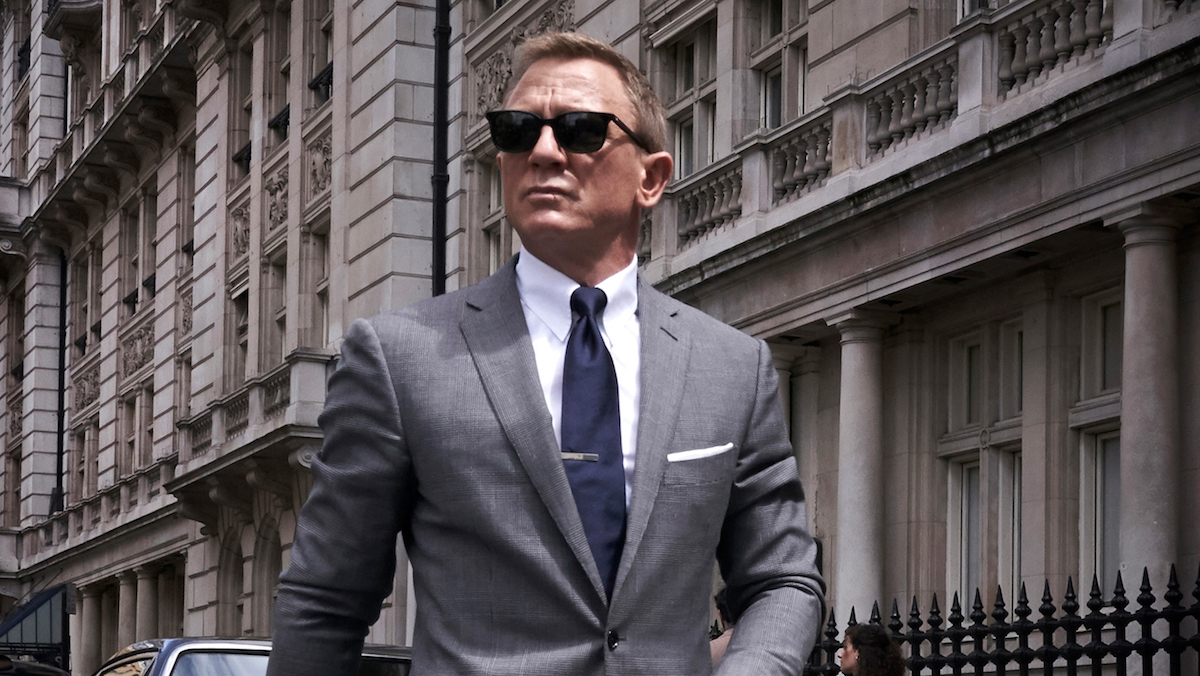 Following the events of Spectre, Bond and Madeleine Swann (Léa Seydoux) attempt a quiet, normal life. Unfortunately, when you’ve got as many skeletons in your closet as Bond does, people who want you dead don’t really care if you’re retired. Bond goes off the grid entirely, leading MI-6 to assume he’s dead. Some years pass and Bond’s old CIA pal Felix Leiter (Jeffrey Wright) tracks him down with an ask for help. A new, truly horrifying weapon has fallen into the wrong hands, and, as happens, Bond seems to be the only one who can stop it.

I’m omitting quite a lot of detail from the plot so as to keep the movie’s unfolding surprises in tact. But the mere fact that I even want to try to keep them secret is testament to how much more interesting this movie’s plot is than I expected. While longtime Bond writers Neal Purvis and Robert Wade are back, they have the added benefit of Fukunaga and Phoebe Waller-Bridge. Given how dumb and needlessly pandery the previous entry was, I found it supremely impressive that No Time to Die manages to treat its audience with so much respect.

The Craig Bond has always fought against being the cartoon of Moore or Brosnan, and so here he is a real guy. Supremely effective at his work, he is still James Bond after all, but he’s not an unfeeling monster, nor a dupe. 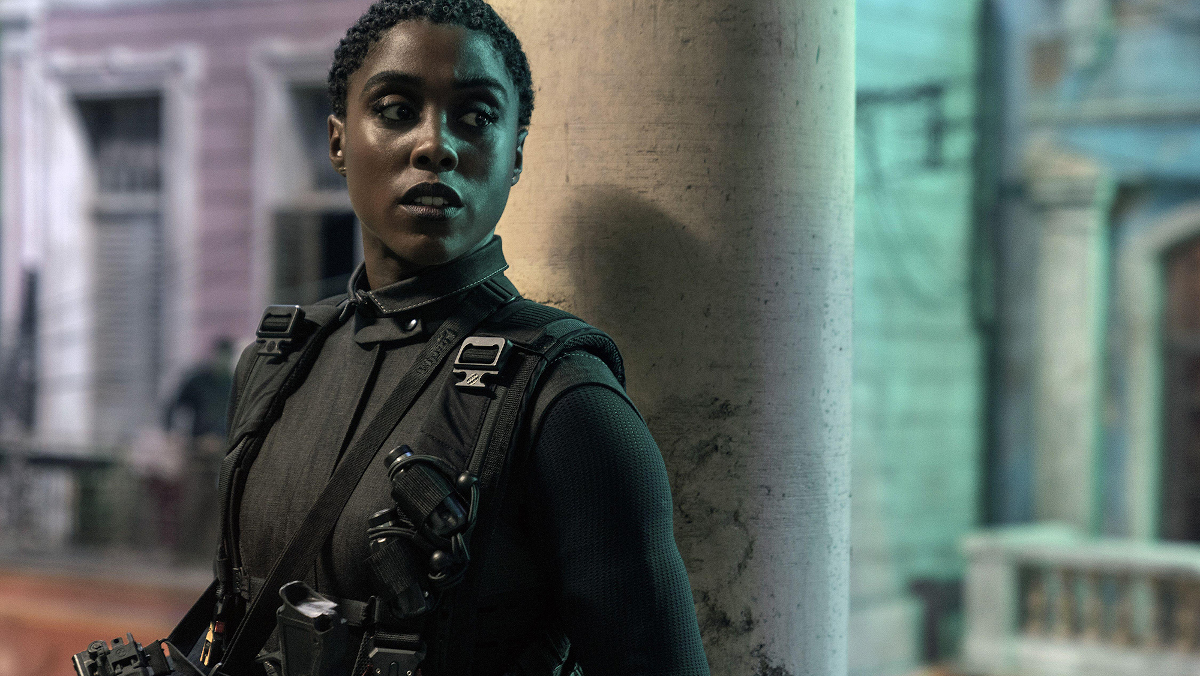 He’s also not alone. Since he’s been retired, there’s now a new 007. Lashana Lynch’s Nomi is a great partner in the mission at hand. I love how the would-be rivalry between the two lasts only a few scenes before they’re working to achieve the same end. Likewise, Ana de Armas’s Paloma is a delightful addition as another ally in the field. While other films in the franchise would make a meal out of Bond seducing one or both of them, this isn’t that movie, and it’s astounding how refreshing it is to have sexy women in a Bond movie not just be objects or cannon fodder (often both). Where Bond would previously leer at a prize, he now shakes hands with a partner. It’s really great.

If the movie has a weak link it’s easily Rami Malek as the film’s obligatory villain, Lyutsifer Safin. It’s not that Malek does a bad job or anything (he’s Rami Malek doing his Rami Malek thing, this time with a vaguely Eastern European accent), it’s that he doesn’t fit in this movie. After a great, and sort of terrifying scene early on, Safin is absent for a good chunk of the runtime. Once he shows back up, and we hear his plan and see his layer, you might be forgiven for thinking it’s a bit too, well, “Bond Villain-y.” This movie doesn’t need this kind of Bond villain, with his weird visual aesthetic, massive island lair, and ridiculously over-the-top plan. Luckily the story surrounding him is good enough to mostly overlook it. 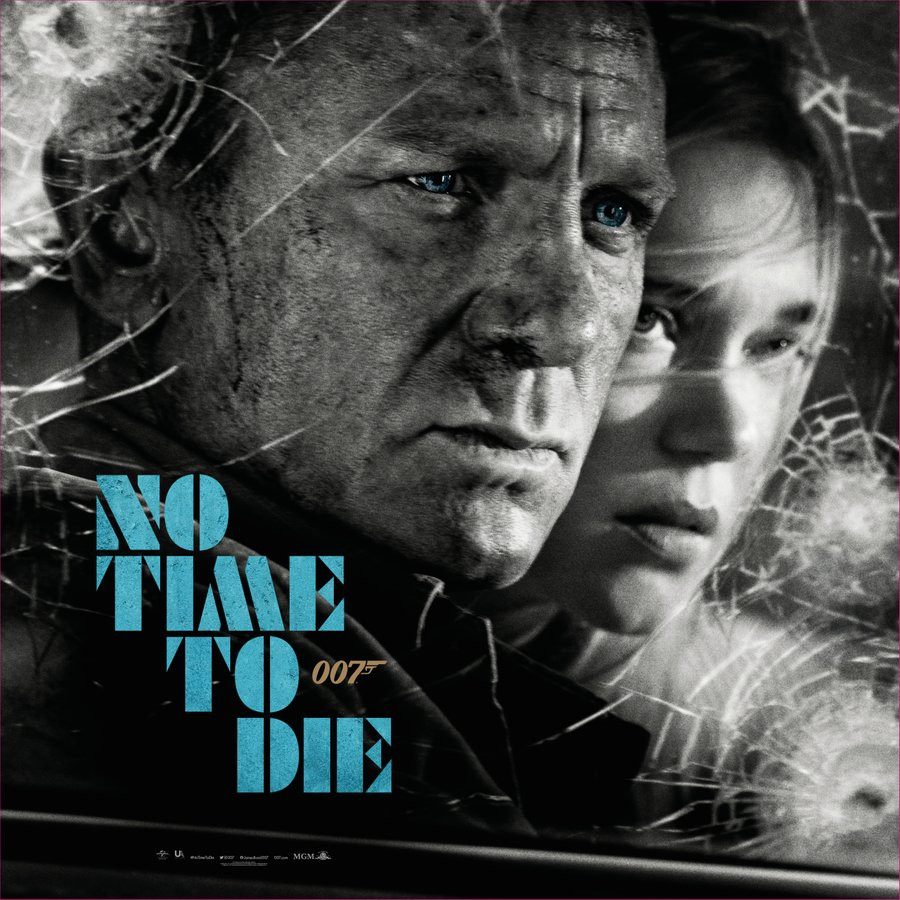 I mentioned earlier that the movie is no frills, and what I mean by that is not no spectacle. Fukunaga’s direction never draws attention to itself and allows the frenetic pace of the action at hand to drive the way he shoots it. The punches hurt, the crashes crunch. We even get a classic Fukunaga single-take that, yet again, doesn’t draw too much attention to itself but more illustrates the massive undertaking a one-on-a-million fight is for the one. This is not a movie trying to outdo all other previous Bond movies; it’s delivering a solid, heartfelt, action-packed adventure.

While No Time to Die never hits the bombastic highs of Casino Royale, or the visual splendor of Skyfall, it more than bests Quantum and Spectre. The fact that they were able to make the movie tie so much into the latter of those lesser outings and make that movie subsequently more important is a real feat. As for Craig himself, he is absolutely not phoning this one in. If he was ready to quit after the previous movie, this movie is him knowing he’s ready to go out on top. Nobody did it better.