Here, Have a Giant Playable Replica of GAME & WATCH: LEGEND OF ZELDA - Nerdist

Here, Have a Giant Playable Replica of GAME & WATCH: LEGEND OF ZELDA

Folks find all kinds of ways to revere the video games of their youth. But one artist has just put everyone else to shame with his tribute to one of his favorite games, The Legend of Zelda. Via Boing Boing, we’ve discovered the work of Connor Gottfried. The talented Canadian artist made a three foot wide playable replica of Nintendo’s classic Game & Watch version of The Legend of Zelda. And it even comes with a normal-sized controller to play it with. You can check out images of this incredible tribute piece below. 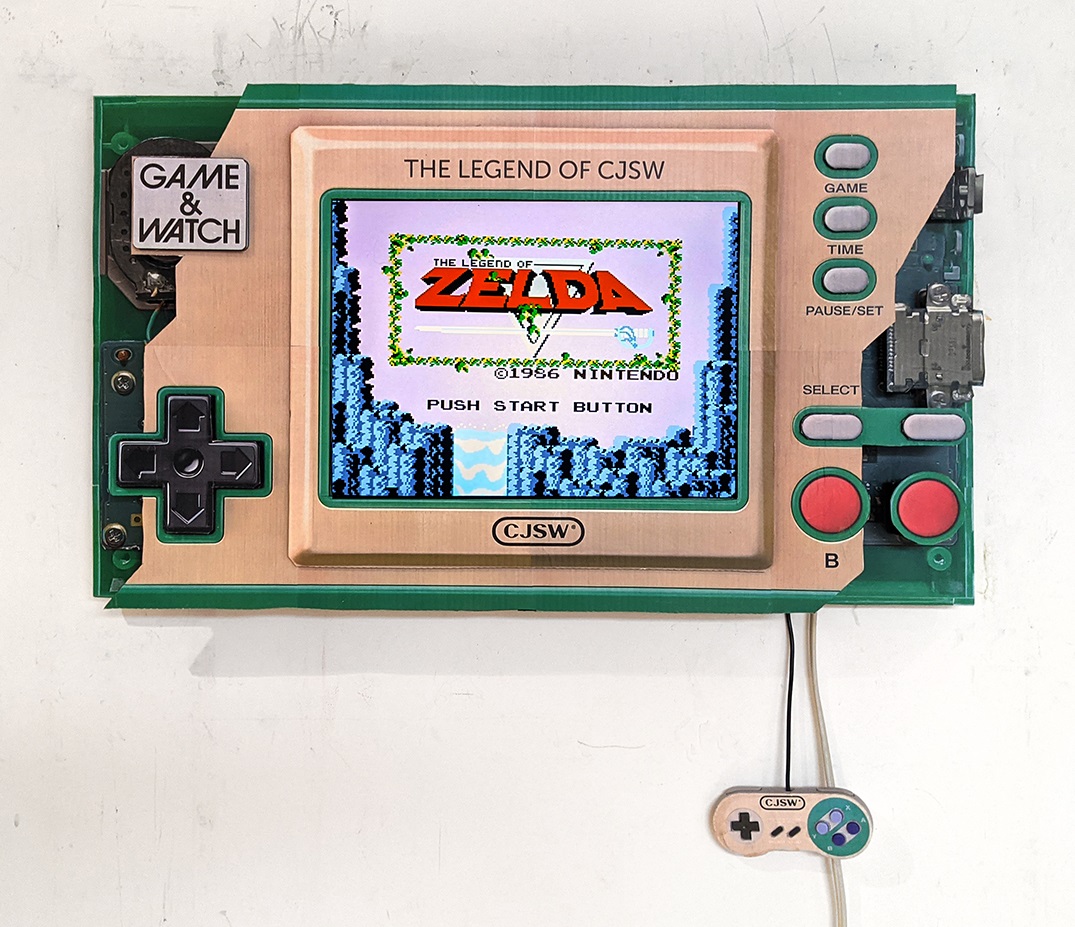 Gottfried explained “When I was five (in 1982), my parents bought an Apple II+ and it made a huge impact on me. I found myself fascinated right away with how they programmed an interactive experience and displayed it on a screen. I loved how there were little worlds bound by rules that you could play in and we’d always try to find the bugs. Like the secret spot to jump where you’d go off the screen and break the game!” 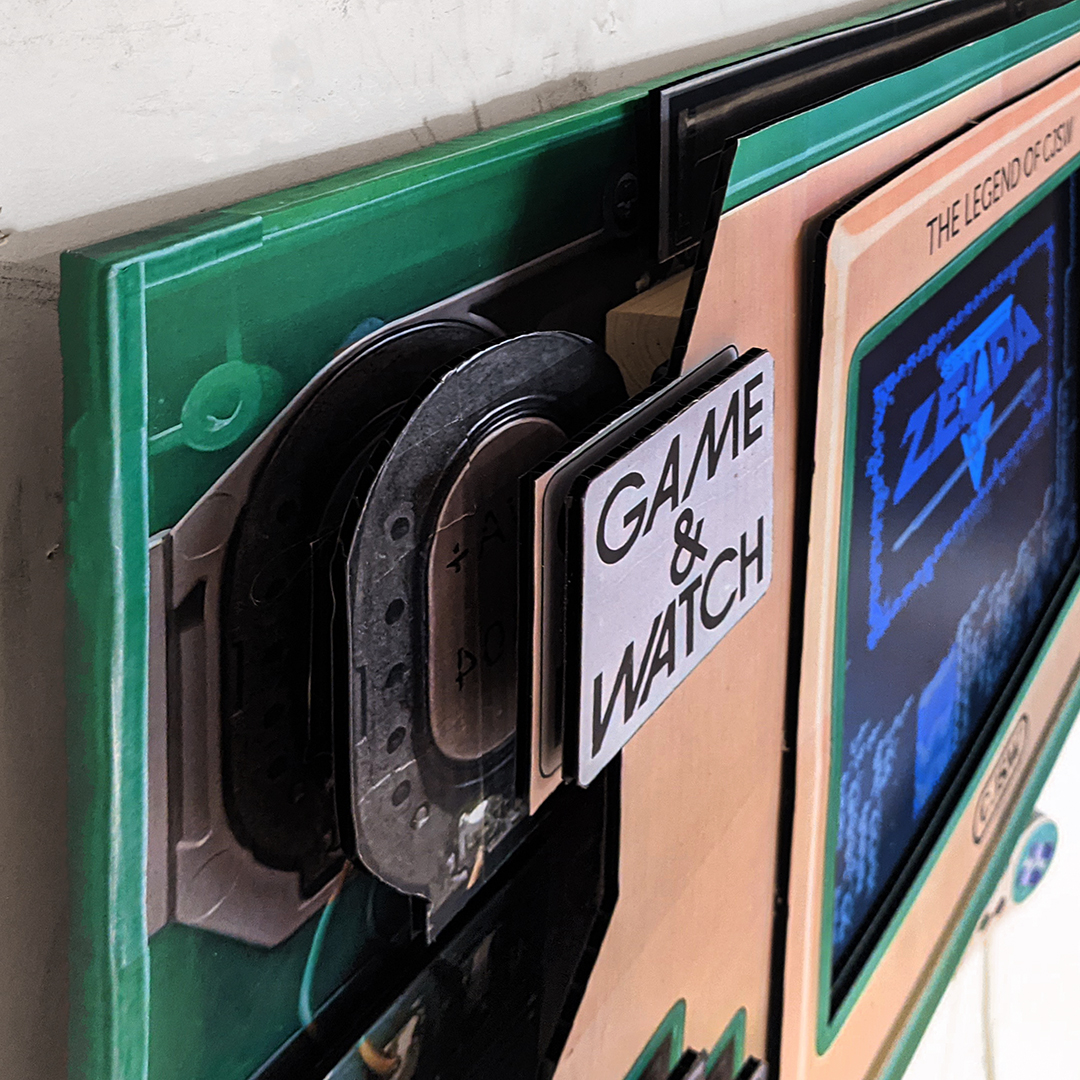 To create these pieces, Gottfried took images of the insides of the electronics and layered them with the outer shell. The end result really shows off how intricate these old electronics were, even if we think of them as primitive technology today. Anyone who grew up with this game can see just how accurate this re-creation is. And it is sure to bring back all the nostalgic feels. 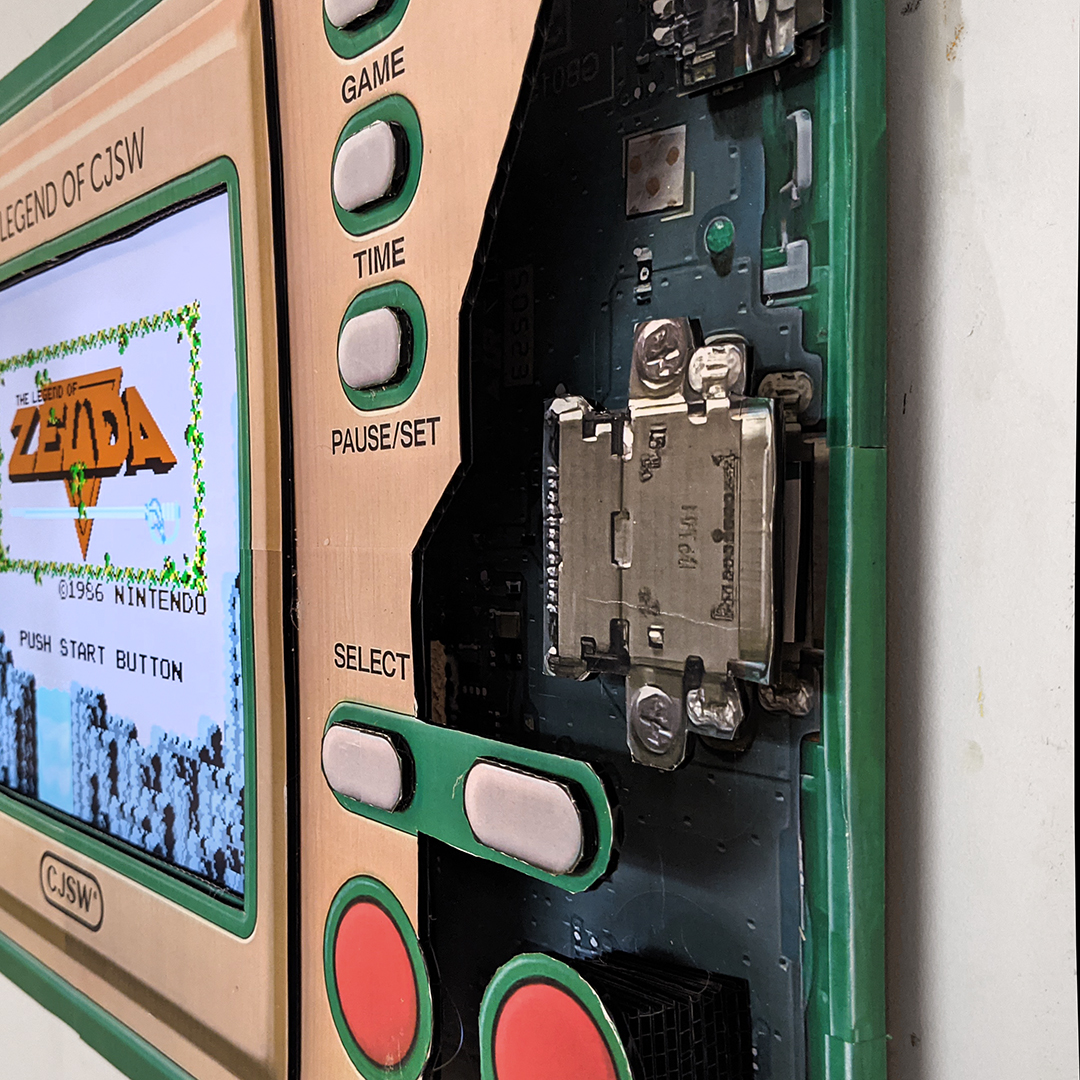 The timing for these pieces couldn’t be more perfect either. On the heels of its Game & Watch: Super Mario Bros., Nintendo hopes that lightning strikes twice when they release Game & Watch: The Legend of Zelda to celebrate the game’s 35th anniversary. In fact, Nintendo just released a new trailer for the game, which comes out on November 12. It’s all a nice bit of serendipity. 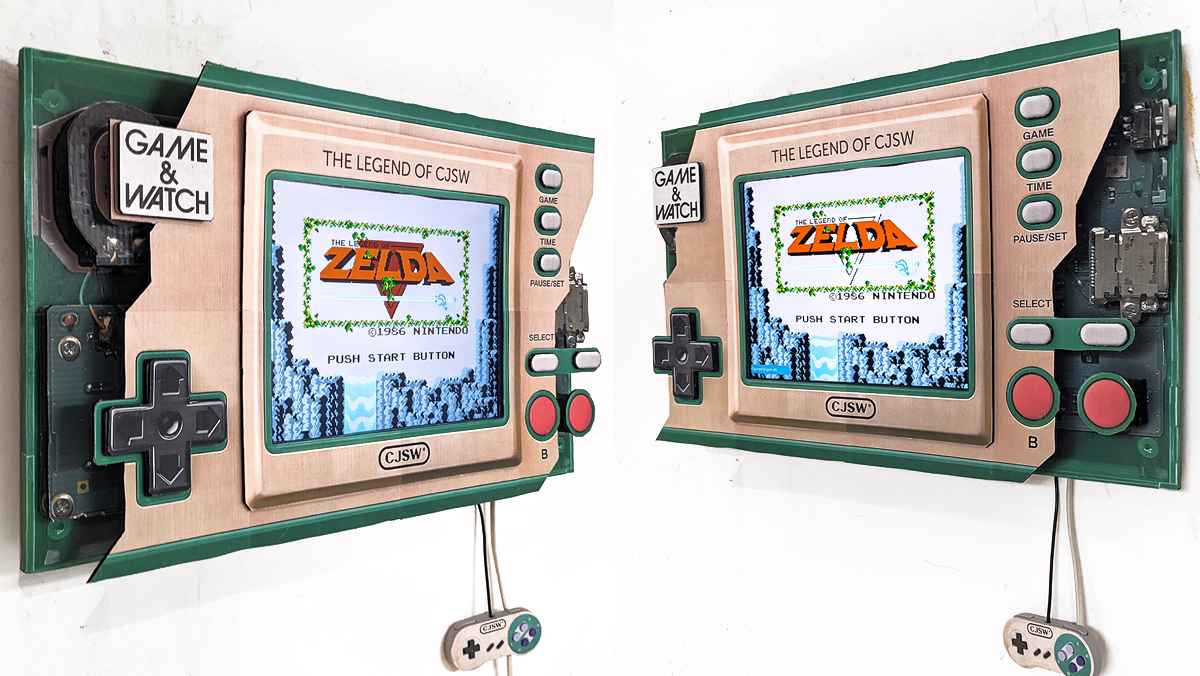