The Enduring Legacy of THE LEGEND OF ZELDA - Nerdist

The Enduring Legacy of THE LEGEND OF ZELDA

In 1986, an unnamed cave-dwelling old man spoke seven words that would go on to change worldwide pop culture forever: “It’s dangerous to go alone! Take this.” At that moment, a voiceless 8-bit adventurer received a sword at the beginning of his journey. Thirty-five years later, it seems the old man spoke to anyone who enjoys losing themselves in a video game. His gift was the medium-redefining Legend of Zelda franchise. While the series’ innovative gameplay and generational impact are worth appreciating on its anniversary, there is an arguably more impressive feat. Nintendo’s most adventurous franchise grew to ubiquity—and nearly universal acclaim—across the gaming landscape. 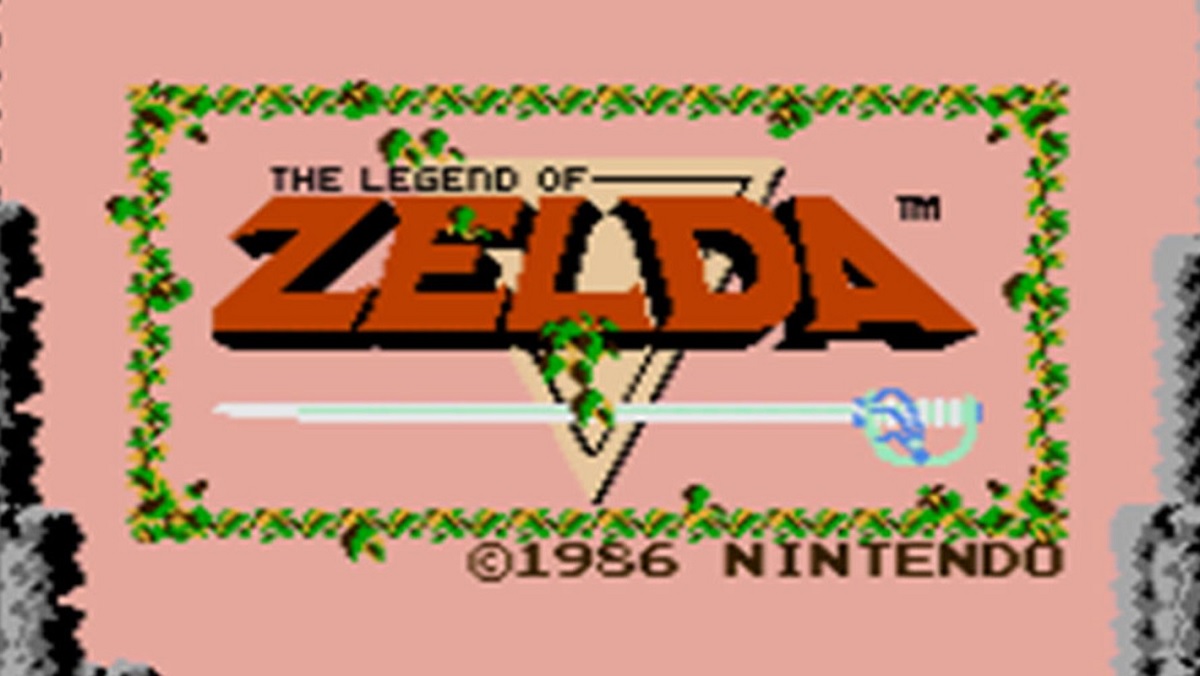 Nintendo’s triumvirate consists of a portly Italian man, a yellow mouse that channels electricity, and a sword-wielding elf wearing green. Mario and Pikachu are inarguably some of video games’ biggest icons. To a certain population, Link and Zelda are nothing more than spammy projectile characters in Super Smash Bros. As pop culture celebrates 35 years of Hyrule, however, apathy toward the franchise allows for examination untinged by nostalgia. Fandom is not a prerequisite for respect. You don’t need to obsess over Link, Zelda, and the rest of Hyrule in order to appreciate this intrepid franchise.

Shigeru Miyamoto—the creative mind behind Mario, Donkey Kong, and others—sought to imbue 1986’s The Legend of Zelda with the sense of excitement and wonder he felt exploring the Kyoto countryside as a child. This makes Link’s adventures through Hyrule perhaps Miyamoto’s most personal creation. Childhood sensations, such as the euphoria of discovering something new in your environment or the frustration of getting lost, are in the franchise’s very DNA. For those who aren’t diehard fans of the series, however, it is possible to push those intimate origins aside. And also to appreciate the contributions to the global zeitgeist that have made it so indelible for 35 years. 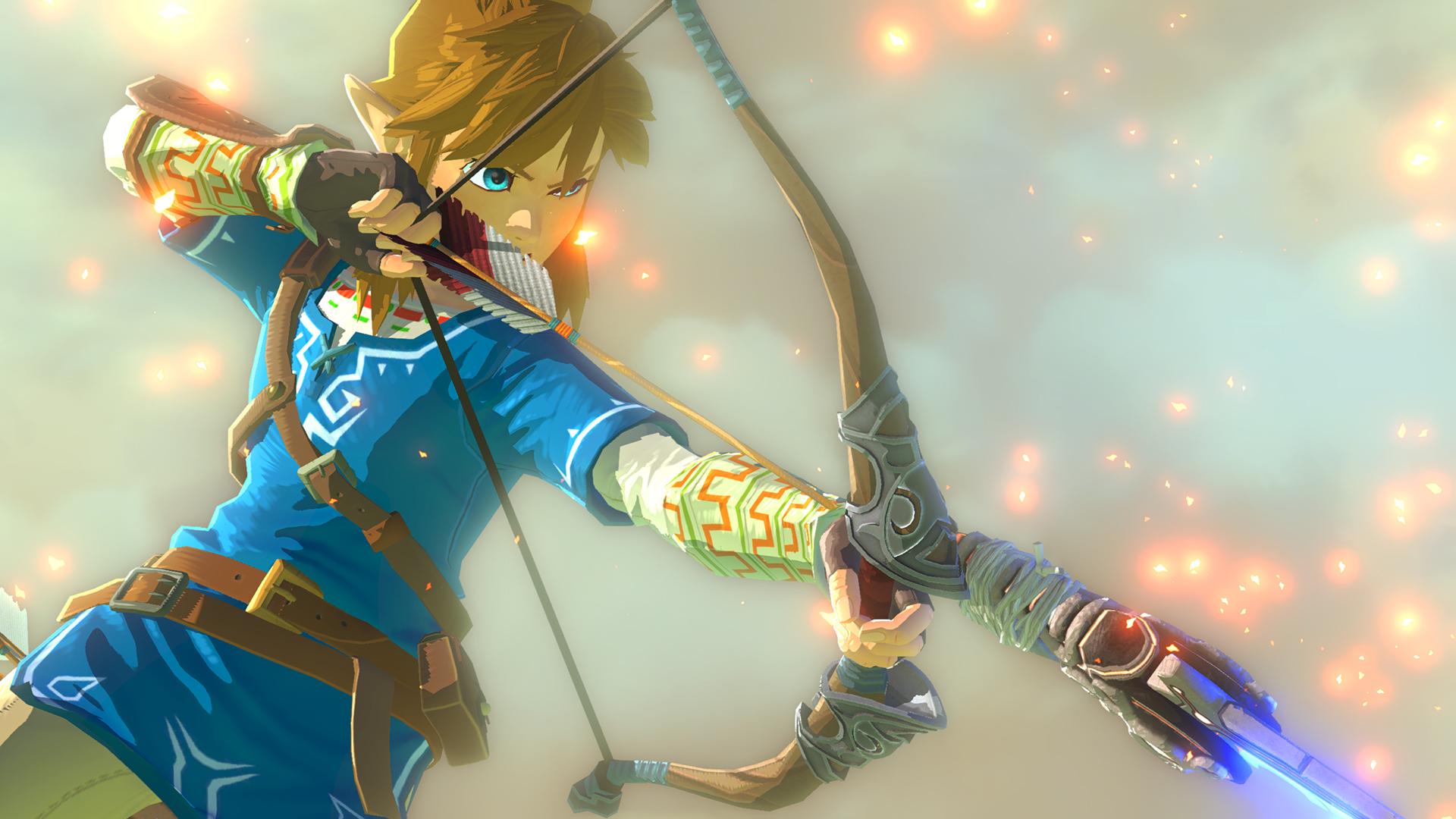 When The Legend of Zelda released in 1986, it fully utilized every technical advancement that video games had to offer at that point and provided an experience unlike any that had come before it. Before then, no console game allowed players to save their progress on the game cartridge and The Legend of Zelda’s battery-backed RAM storing completely changed the at-home gaming experience. Suddenly, you were able to play games over the course of days or months, across multiple sessions. This only added to the weighty, epic feel of Link’s adventure across Hyrule. People take it for granted, but a generation of gamers has The Legend of Zelda to thank every time they save their progress. 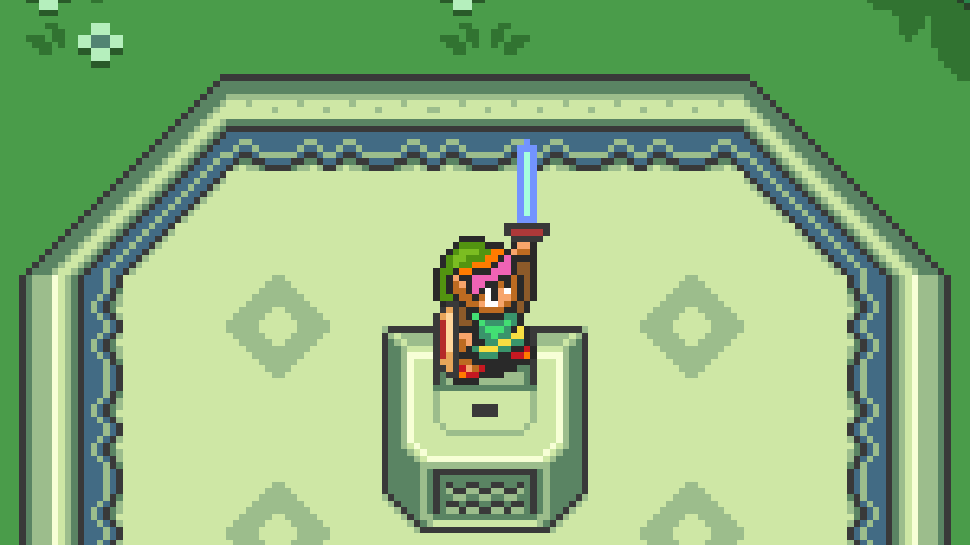 Over the years, Zelda games have explored the interactivity of their medium in ways that few others have. Modern AAA titles like The Last of Us and, more recently, Cyberpunk 2077 are heavy on plot, characters, and exposition which at times just makes them feel like interactive movies. Zelda rejected traditional storytelling techniques and, instead, presented a simple, trope-heavy plot and a voiceless playable character named after the link he represents between player and game. Legend of Zelda stories always boil down to some variation of Link saving some variation of Princess Zelda.

The game’s puzzles and dungeon crawling aren’t for everyone.  Still, they provide an unparalleled way for players to insert themselves into the narrative. They can choose their own way to traverse through the world. Events in Zelda games don’t happen because you walk up to the correct waypoint and trigger a cutscene; everything that occurs results from players’ interaction with Hyrule and its denizens. 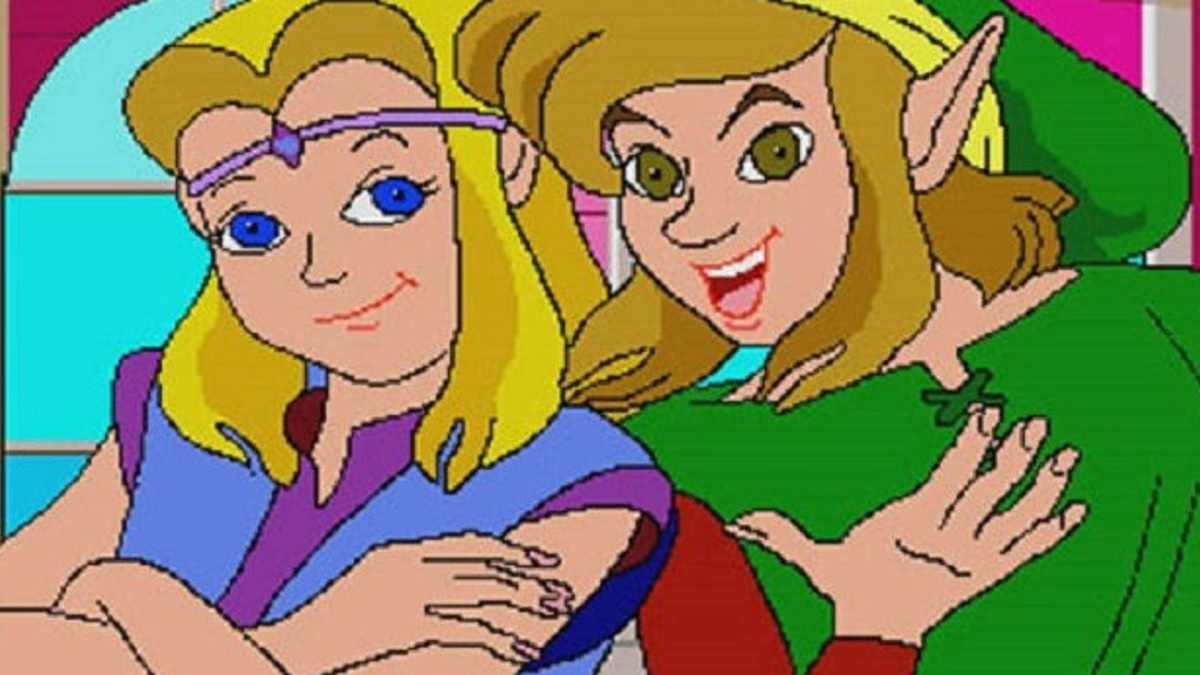 One of the most under-appreciated watershed moments in Nintendo’s history came in the early 1990s. The company partnered with Philips Interactive Media to co-develop a CD-ROM attachment for the SNES. The add-on never hit stores. Still, the companies’ partnership did allow Philips to use Nintendo characters in some early CD-i games. Hotel Mario, Link: The Faces of Evil, and Zelda: The Wand of Gamelon may be mostly lost to history, but the admittedly cursed FMV games represent a divergent point for the two Nintendo franchises.

Nintendo moved on from this licensing snafu forever playing it safe with Super Mario—the franchise most synonymous with the company. They only the kinds of highly polished, meticulously-designed titles fans have come to expect. This is why they remain gaming’s gold standard. The strange, charismatic spirit of King Harkinian lives on in the Legend of Zelda franchise, however. Nintendo continues to prove they aren’t afraid to take bizarre, sometimes gimmicky swings with those titles. 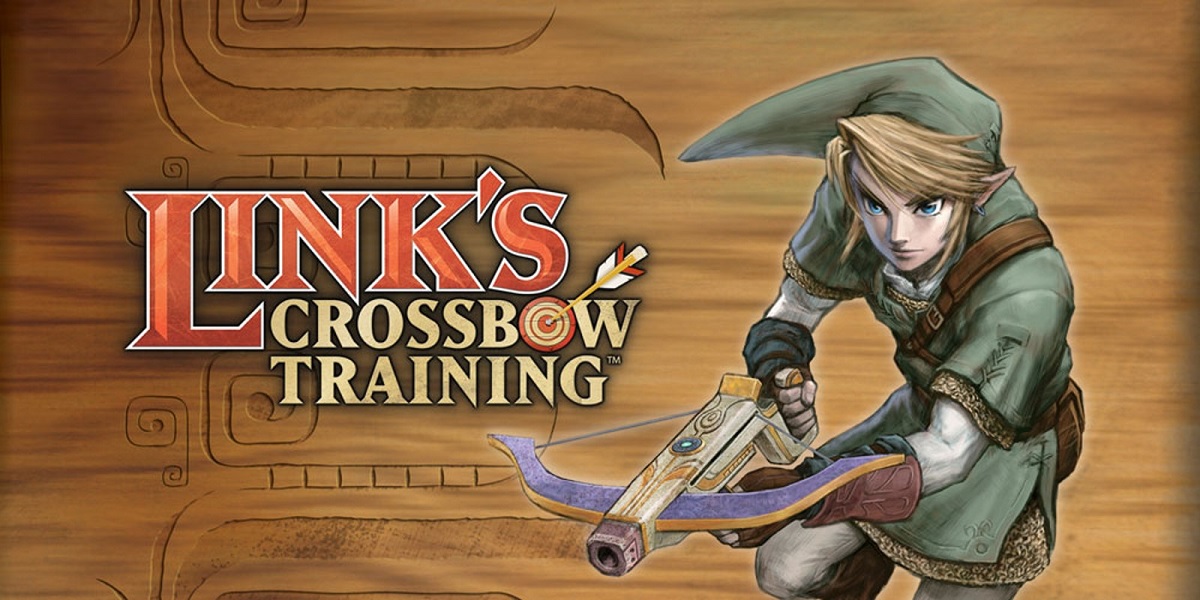 The franchise’s exploratory spirit is apparent from a meta level, too. Through its developers’ desire to test the medium’s potential limits and push video games in new directions. For example, 2007 saw the release of the Wii Zapper, a gun shell peripheral for the Wii remote. Yet, when making the pack-in game for this unremarkable piece of video game history Nintendo didn’t dare risk tarnishing its perfect plumber’s image. Instead, it was Link who would explore the Wii Zapper. The pack-in game Link’s Crossbow Training is a prime example for how Nintendo is willing to take experimental risks with The Legend of Zelda that the company won’t take with other properties.

Other examples of The Legend of Zelda being used to promote and explore Nintendo hardware include the Wii Motion Plus as a requirement to play The Legend of Zelda: Skyward Sword and the Sheikah Slate in Breath of the Wild resembling the Wii U gamepad or Nintendo Switch, depending on the version. 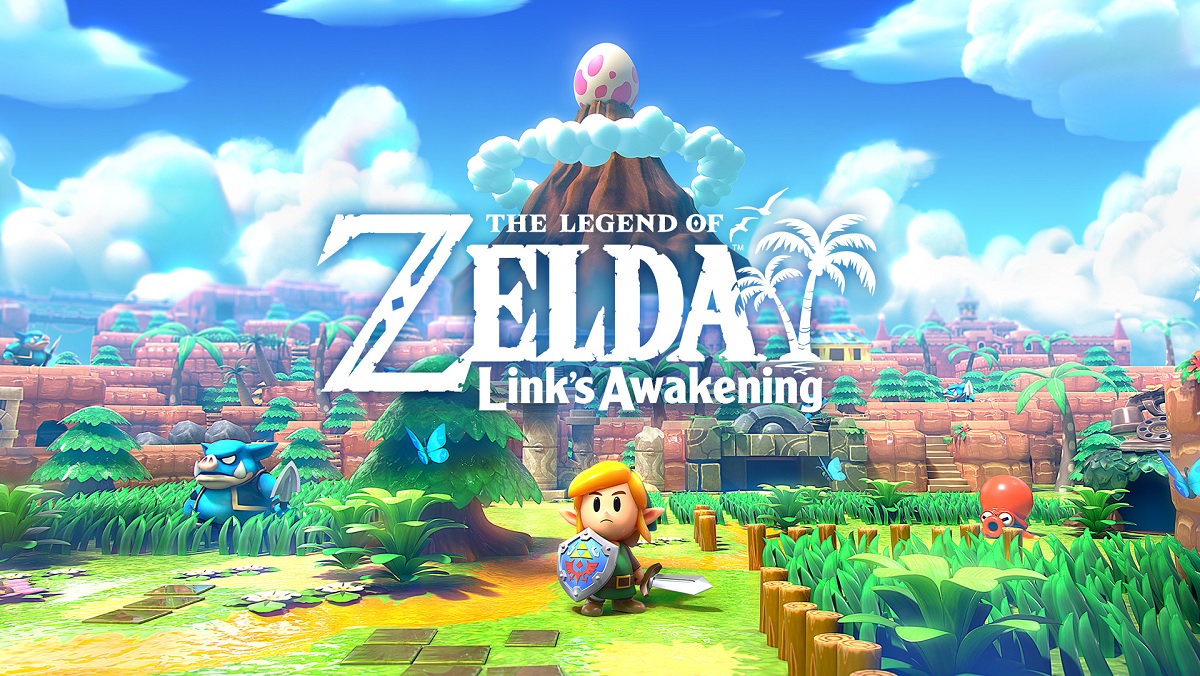 The Legend of Zelda hasn’t only been a trial balloon for Nintendo hardware. Creative risks have also come to define the franchise. A pair of 2019 games exemplify the adventurous spirit that people outside Zelda fandom can appreciate. The Legend of Zelda: Link’s Awakening for the Nintendo Switch is a remake of the 1993 Game Boy game of the same name that features a retro-modern, dioramic art style that’s unique within the series.

Even bolder is Cadence of Hyrule—a crossover with 2015’s popular rhythm-based roguelike Crypt of the Necrodancer. Cadence allows fans of the series to incorporate its legendary soundtrack into the game’s actual gameplay; it’s a unique experience that represents how Nintendo’s most critically-acclaimed franchise isn’t afraid to be unabashedly quirky. 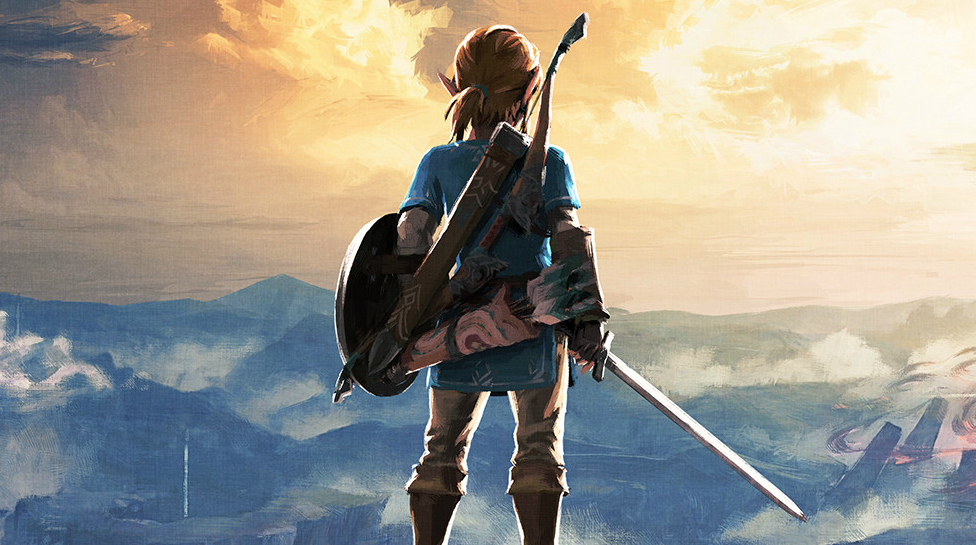