Over the last decade, Trent Reznor and Atticus Ross have made a name for themselves as a brilliant film score composers on movies like Gone Girl, The Social Network, and HBO’s smash Watchmen adaptation. But it’s been two years since we got a new album from their band Nine Inch Nails. That all changed today though as Reznor took to Twitter to share two new albums which are free to download and stream now.

Many artists have been rushing to the internet to share their art as society shifts towards a new social-isolation focused model and Reznor and Rose were inspired to do the same. On the Nine Inch Nails website, the pair shared their feelings about the crisis and why they released the new entries into their Ghost Series, Ghosts V and Ghosts VI: Locusts.

“Weird times indeed… as the news seems to turn ever more grim by the hour, we’ve found ourselves vacillating wildly between feeling like there may be hope at times to utter despair – often changing minute to minute. Although each of us define ourselves as antisocial-types who prefer being on our own, this situation has really made us appreciate the power and need for connection. Music – whether listening to it, thinking about it or creating it – has always been the thing that helped us get through anything – good or bad.”

“With that in mind, we decided to burn the midnight oil and complete these new ghosts records as a means of staying somewhat sane,” the pair continued. “Ghosts V: together is for when things seem like it might all be okay, and Ghosts VI: Locusts… well, you’ll figure it out. It made us feel better to make these and it feels good to share them. Music has always had a way of making us feel a little less alone in the world…and hopefully it does for you, too. Remember, everyone is in this thing together and this too shall pass. We look forward to seeing you again soon. Be smart and safe and take care of each other. With love, Trent & Atticus” 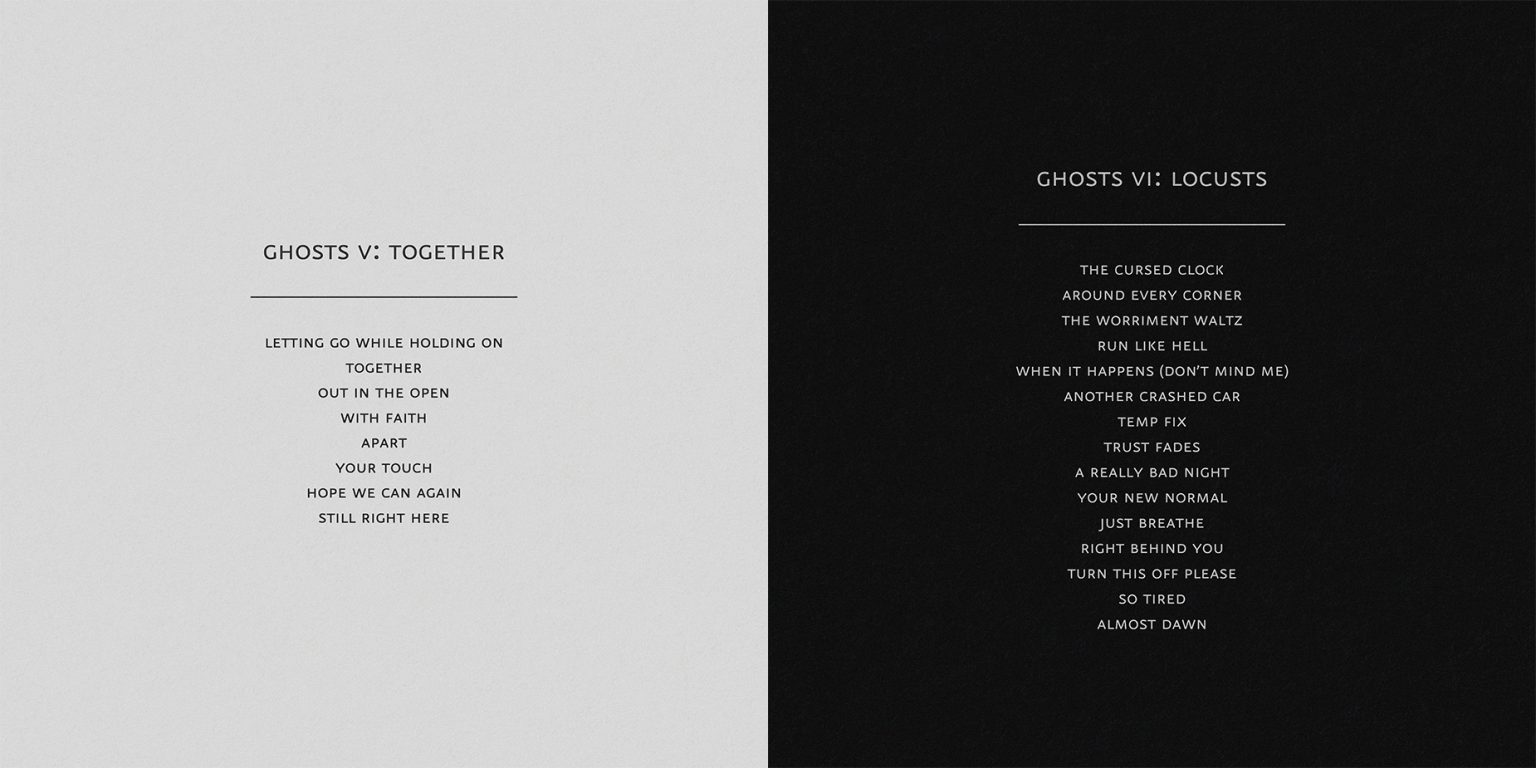 We’re really excited to dig into these two new albums from the groundbreaking group. If you want to listen, you can visit nin.com or head to the band’s YouTube. If you’d rather wait til they hit mainstream streaming channels, that should happen tonight!