I’ve loved solving puzzles for as long as I can remember: my love of jigsaw puzzles comes from my mom while my daily crossword habit is something I picked up from my dad. Both were solitary, quiet activities and I imagine it gave my folks a nice respite from raising me and my two brothers.

January 29th is National Puzzle Day and for puzzle-loving gamers, we have plenty of titles to choose from that feature all kinds of puzzle mechanisms. Whether it’s a spatial abstract game or a text-heavy deduction title, these nine games will get your noggin working overtime.

Sagrada was one of our choices for best game of 2017, for good reason: “From its bag of colorful dice to its engaging puzzle-like gameplay: it’s easy to learn and difficult to master and it’s a game that appeals to new players as well as grizzled tabletop veterans.” Read our full overview here. 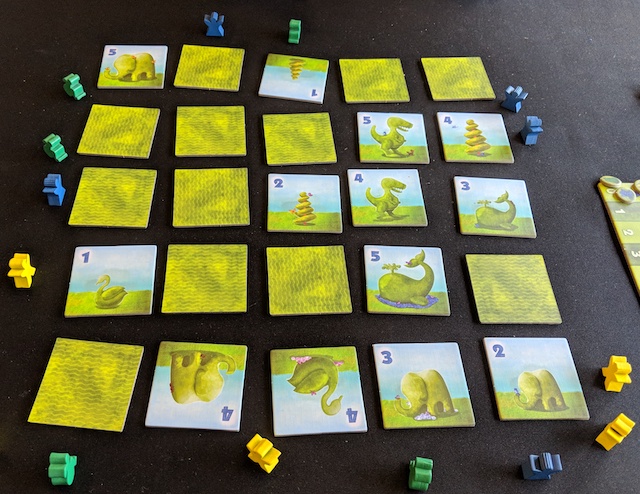 In this uniquely themed game published by Renegade Games you’re a visitor at a topiary garden, viewing different animal shapes carved into the shrubbery. If you can lay the topiary tiles so that you can line up the taller shrubs behind the shorter ones, you’ll be able to “see” more of them and score more points. 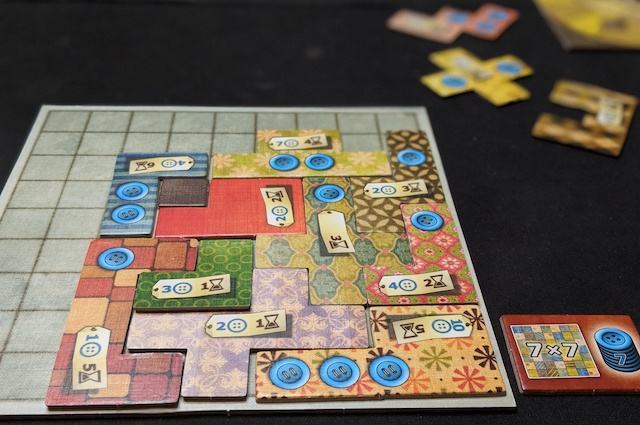 Uwe Rosenberg has created some of the most beloved titles in board games (Bohnanza, Agricola, and Le Havre, among others) and Patchwork may be his most accessible. A spatial puzzle with a tight currency mechanism, Patchwork is a two-player game that takes 20-30 minutes to play. In an in-depth review contributor Amanda Hansen wrote, “[Y]ou’ll quickly find yourself in need of playing again and again in order to see who can create the best patchwork quilt and acquire the most buttons.” 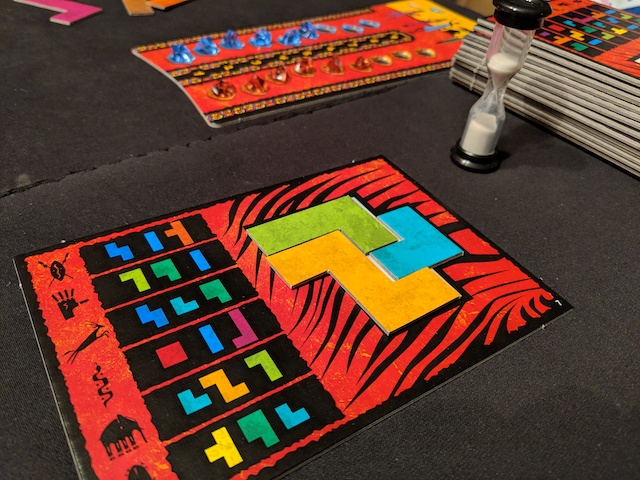 This real-time game is actually a series of mini puzzles that you race to finish before your opponents. You’ll get gems for being first, but as long as you complete your puzzle before the timer’s up, you’ll get some consolation gems. Solo gaming fans will love Ubongo as well, with its simple set of solitaire rules offering challenges any time you’re ready to play. 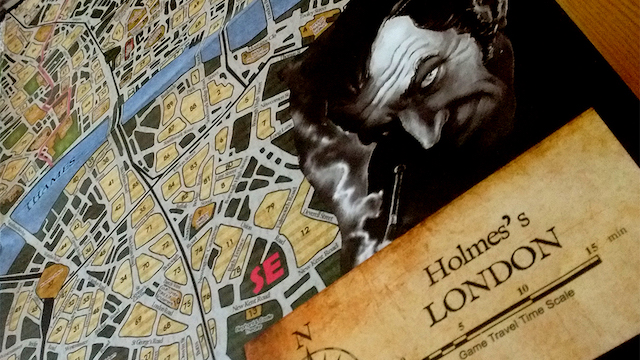 You’ll match wits with the world’s greatest detective in this classic text-heavy deduction game. With 10 cases to solve, you’ll have your hands full trying to figure out the solutions to each one. As contributor Ryan Chaddock wrote in his introductory overview of Sherlock Holmes: Consulting Detective, “[H]is are the right answers and the logic he uses to get there is usually plain as day. You’ll find yourself smacking your forehead in wonder at your own foolishness.” 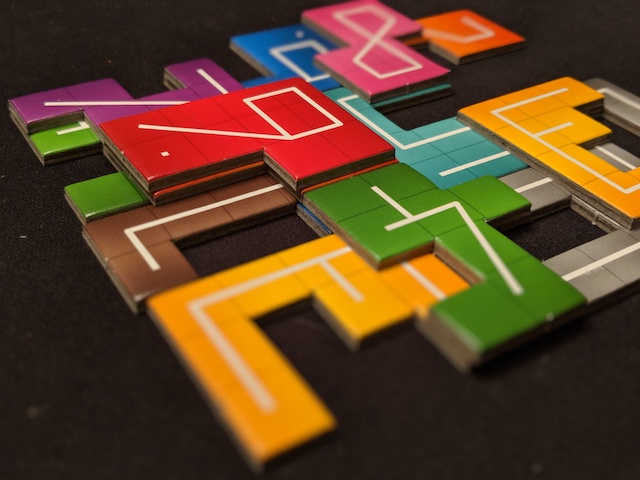 Another top game from 2017, contributor Jessica Fisher wrote that NMBR 9 “takes spatial puzzles to a whole new level. It’s a simple game to learn, but a challenging puzzle to master. Not only will you have to contend with trying to get oddly shaped tiles into a legal configuration, but, to win, you’ll have to do so more cunningly than your fellow players.” 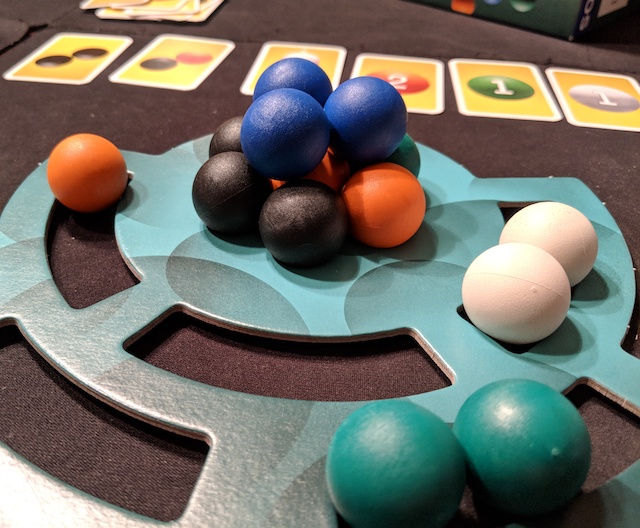 Another real-time race to complete a puzzle, Dimension adds a dexterity element as you attempt to stack a set of multi-colored balls on top of each other. However, there are different restrictions determined by random cards each round, making your task a much more difficult one. 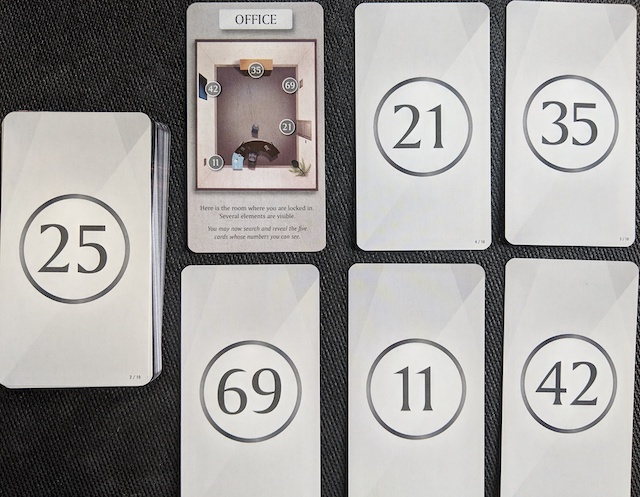 This escape-room-in-a-box series captures the spirit of the escape-room craze with cards and an app. Start in a room, look closely at its card and enter the number of what you believe is the correct answer. The app will tell you if you’re right, wrong, or need a clue. With different scenarios available, each game of the Unlock! series is guaranteed to keep you fully engaged for an hour or more. 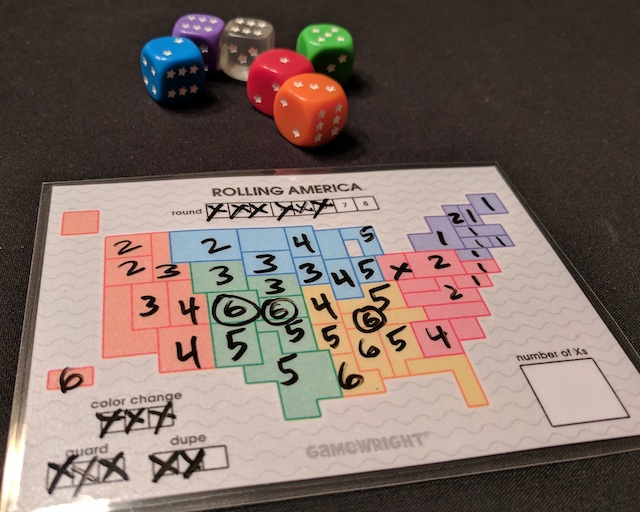 Soduku fans will love Rolling America, where players each get their own map of the United States and roll dice to determine what states get filled in. In an article about roll-and-write games, I wrote that “[p]lacing the numbers is where the tension lies in Rolling America since numbers cannot be more than 1 above or below an adjacent number.” It’s a delightful exercise in rolling dice and figuring out just the right spots for your results.

What are your favorite puzzle-style games? Tell us in the comments!