Band Plays with Instruments Made from Old Electronics - Nerdist

Band Plays with Instruments Made from Old Electronics

We all know the old adage “one man’s trash is another man’s treasure” is true. However, we never would have guessed old electric appliances could be turned into a band’s instruments. But that’s exactly what one very talented group in Japan has done. They transform mostly obsolete tech into playable instruments.

ELECTRONICOS FANTASTICOS! (who we first learned about at Laughing Squid) was originally founded in 2015 as a resident art project. Led by Ei Wada, the group takes electrical appliances “that have finished their roles” and turns them into “electromagnetic musical instruments.” The band, which also goes by the abbreviated name NICOS, says the project’s goal is to create an entire orchestra of these recycled devices, because it “presents forms of music not only for listening and watching, but for getting people involved and having them interact with the instruments as well.”

Here’s the full breakdown of the band and their instruments as of now: 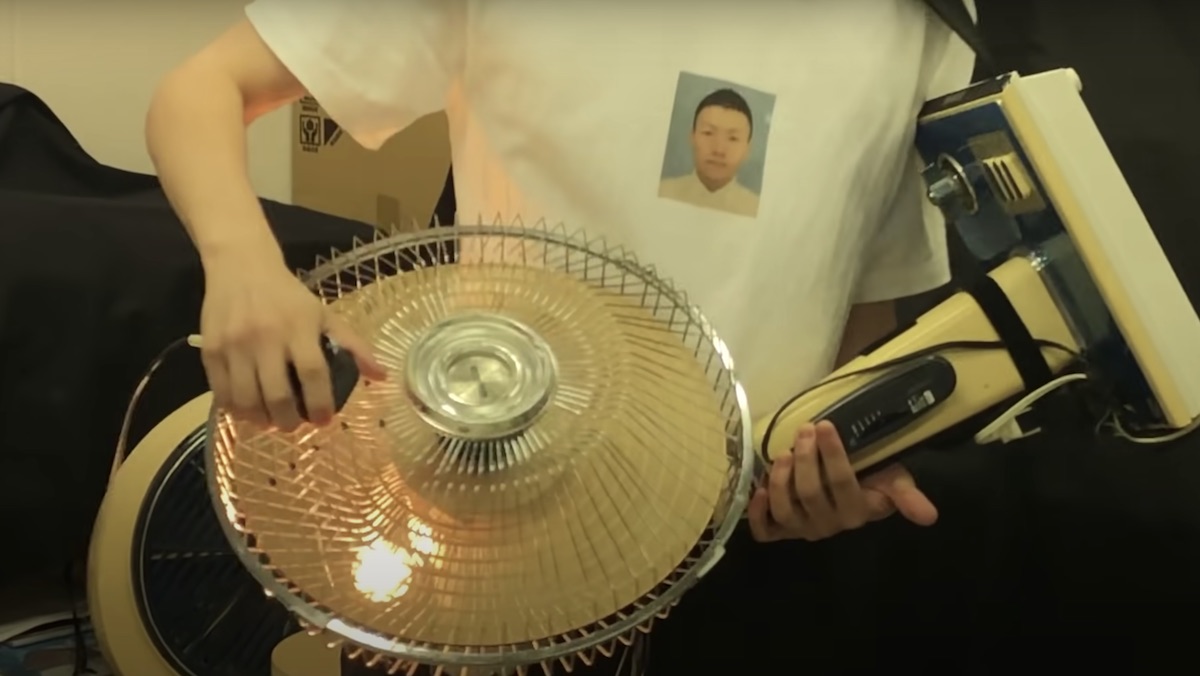 Considering how good this original performance sounds, a full orchestra would be amazing. Just imagine an entire section of electric fan harp players. Or a full lineup of barcoders.

But we don’t need the group to add any more members for us to want to see them in concert. NICOS is already inventive, unique, and totally rock as is. They’re like if the song from Revenge of the Nerds (the best scene) manifested into an actual band.

Hire them to score all video games please and thank you.

Yup, we love everything about this. Especially since normally when one man’s trash in another man’s treasure it doesn’t sound this cool.