I love miniature games. There’s a lot to love about them: gorgeous miniatures, immersive universes, and strategic tabletop battles make the experience of playing them rich and exciting.

Nexus, currently funding on Kickstarter, a game published by D-Verse, has all of those things and more. For people who love miniature tabletop gaming, what Nexus offers is an approach that takes the best of modern tabletop gaming, from board games, arena battle games, miniature wargames, and even RPGs, and pulls it together in a unique setting that is unapologetically intended for mature audiences (with an immature sense of humour). 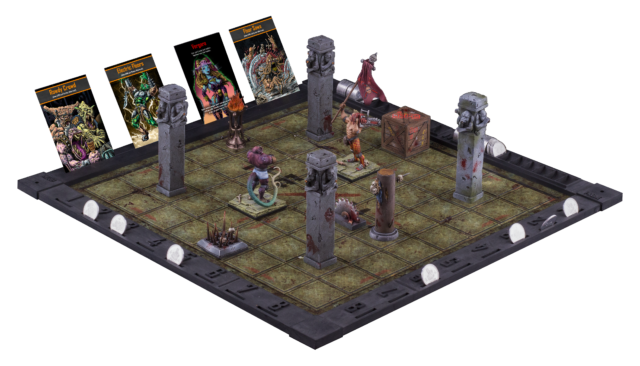 Here are the remarkable ways they’re able to pull off that blend.

You Are Not Your Combatant

In Nexus, you take on the role of a Lanista – an entrepreneur looking to find fame and fortune, and climb your way to the upper echelons of society. The opportunity is presented through the battling of Helots — genetically modified clones — in the gambling arenas. For a reasonable fee, aspiring Lanistas can purchase their future champion from a cloning facility (known as the Meat Gardens). It’s like adopting a Cabbage Patch Kid, but for a far more violent purpose. 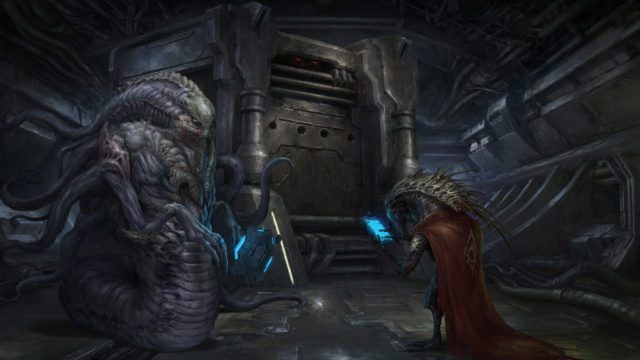 Like a Cabbage Patch Kid, every Helot is different and unique, though they’re classified by their Motivation. The race that clones them even ensures new Helot owners are given a New Helot Owner’s Manual for optimal performance. Unlike a Cabbage Patch Kid, you’re not supposed to love your Helot by doing things like giving it a name (it comes with an identification number for a reason) or improperly disposing of its spent, dead corpse post-battle by giving it a funeral. 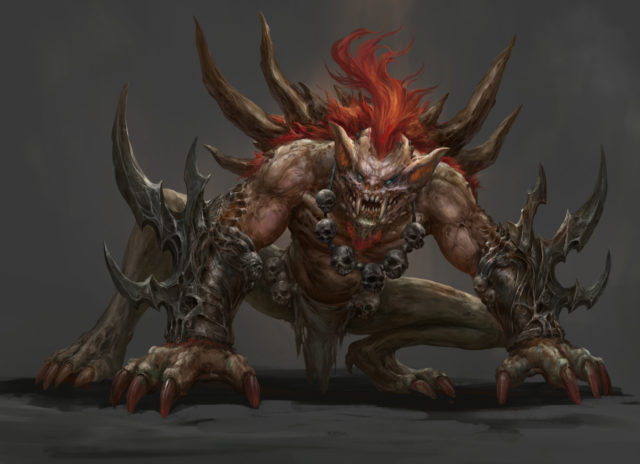 By not playing as the combatant but rather as a coach and manager, Nexus lets players immerse themselves in the universe in multiple ways, wear many hats, manage multiple Helots (starting Lanistas get 3) and explore this world as more than just a fighter. Your Lanista is your character, and you interact with the universe in many ways, the first of which is…

At the heart of the game is 1v1 miniature arena combat, where two Helots slug it out on the gambling barges. Ringside, you’re like their coach. You control their actions, after all, it’s your prestige and coin on the line, and they’re just meat. 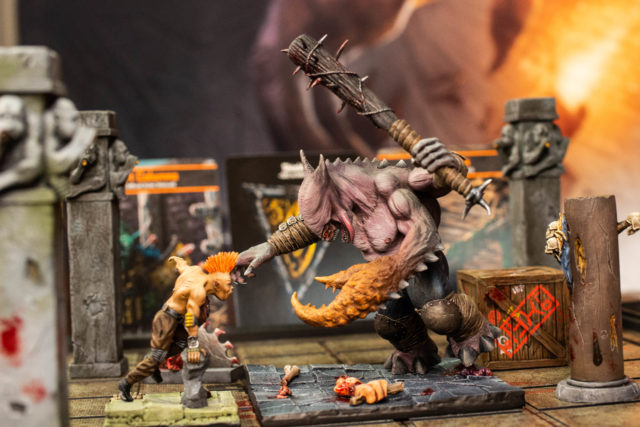 The game is quick to set up, making it remarkable. The board is a detailed plastic that can be put on any table (no, you don’t need a huge 4’x6′ playing surface to battle your friends) and assembles quickly and beautifully. Once the board is down, just grab your pre-printed character sheets, deal the Influence cards, place the hazards and deploy your helots and you’re ready to go.

As a miniature wargame, on-the-table strategy includes making shrewd decisions in the battle with numerous choices available. There’s a lot of strategy in determining how many points you want to allocate to positioning and attacking, especially since both positioning and attacking share the same action point pool.  Flanking and rear positioning can translate to more options and modifiers for attacks. Smart positioning also ensures your Helot doesn’t succumb to the numerous barge hazards (including braziers, electric floors, floor saws, floor and wall spikes, and radioactive waste barrels).  At the same time, spending extra points maneuvering means you have fewer points to spend on attacking, which means fewer attacks or more lower quality attacks. 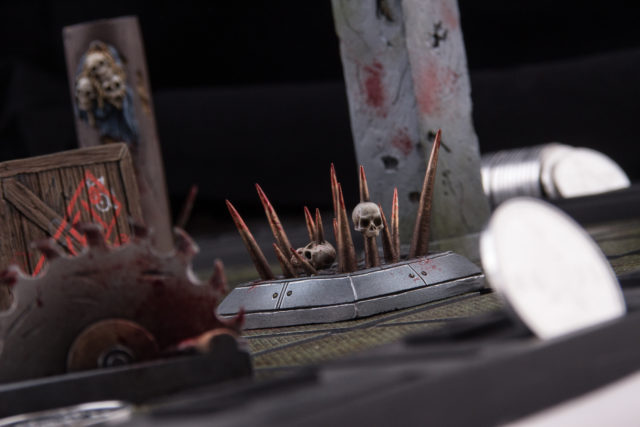 The intrinsic tension that comes from making the most of your action economy is what makes every dice roll matter all the more, and makes the game an exciting one.  Yes, you can attack with as few as a single action point, but that wild attack does damage to the attacking Helot too.

This isn’t a game where you roll mittfuls of dice and win on blind luck.

If you want to get a feel for it, check out the demo ruleset for yourself, and if you want to see the nitty-gritty of how combat works, check out Becca’s How to Play video:

You’re Like Don King to a (More Violent) Mike Tyson

You control the actions of your Helot in the ring, but you also oversee their development outside of it because of Nexus’ Legacy system. (Yes, you can simply play Nexus as a standalone game of battles without the Legacy system, but where’s the fun in that?)

While you control your Helot like a coach when you’re ringside, you oversee their publicity and brand development like a manager outside the ring.  As your Helots grow in fame, access to better equipment and weapons will open up as vendors who shunned you now welcome you into their establishments. That’s a good thing because your own earnings from the Helot will also grow since everyone will want a piece of the action. Celebrity has its perks, after all. 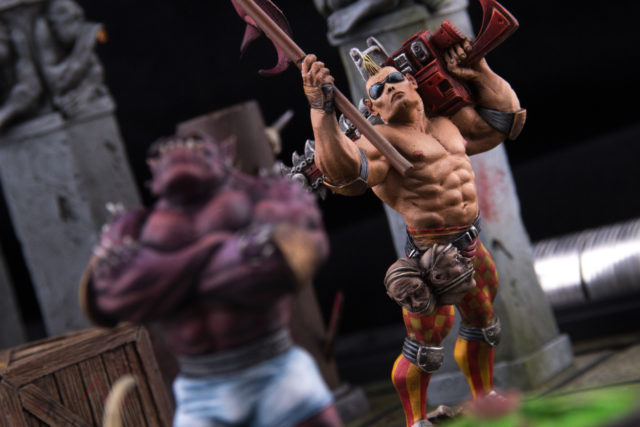 As their Fame grows, your own Prestige and Influence grow as well, and that’s why you started on the path of a Lanista. A smart Lanista knows how to maneuver their Helot within the arena, as well as themselves through — and up — the gauntlet of society. Your own fame means that you have more access – for example, you can better negotiate with vendors and thus better equip your less famous Helots and grow your Helot troupe beyond the 3 your trial Helot license allows.

The downside of managing a fighter is that injury is a reality (we did mention the floor saws, right?) and your fighter will inevitably have injuries you’ll have to pay to tend. Or not, in all honesty, because you can always make them fight hurt. What’s another trip to the Meat Gardens to get a new Helot when this one perishes, right? Uber fare is cheaper than medical care.

The Universe Is As Rich As the Elite of D-Verse

Immersion is one of the aspects of miniature gaming that hooks me to a game and keeps me coming back to it: a narratively rich world that captures the imagination makes the gameplay more visceral. And Nexus has that in spades. Their universe is populated by many species, each with a different outlook, and within the over 200-page rulebook, you’ll find that universe unveiled to you with characterful descriptions and compelling art. 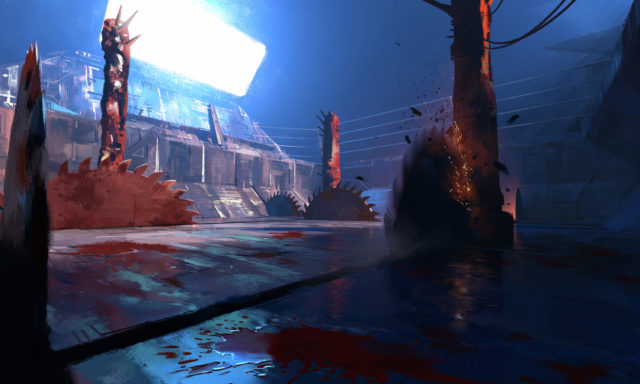 This is a game where as a Lanista, you need to be a self-serving [email protected]$%*# to climb your way up, and the rulebook is even written like an experienced Lanista imparting advice to a newbie (with the same tone your high school football coach used to motivate you). There’s no sugar-coating the harsh reality of this universe, and the rulebook brings you right into the thick of it. If you want to be immersed in an unforgiving universe that is also somewhat tongue-in-cheek about it all, you will be completely charmed by the rules.

And of course, we can’t talk about a minis game without gushing about the minis. They are indeed stunning, and they perfectly encompass the universe of Nexus – each Helot mini is dynamic and hand-sculpted, capturing narrative and character. 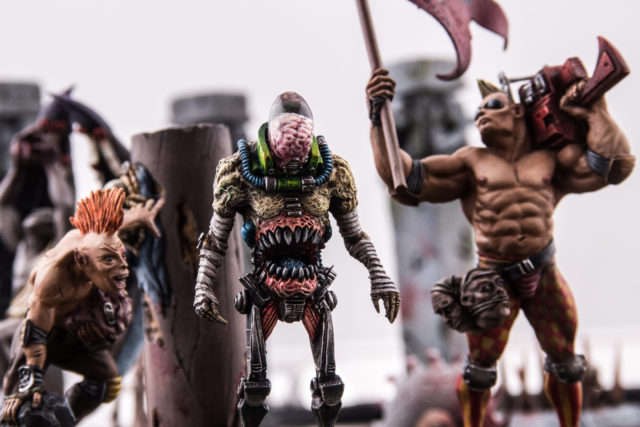 Nexus offers something very interesting in the landscape of tabletop, in combining what’s come before, blending the best of it together, and making something better — not unlike a genetically modified purpose-built warrior. It is full of contradictions that seem incongruent, which makes it unique: it’s charming but crass, it’s easy to jump into but offers a plethora of tactically compelling gameplay choices, and is unforgivingly brutal yet doesn’t take itself too seriously. You can see how these elements combine in action by watching the Game the Game playthrough: