Understanding why the Sun’s uppermost atmospheric layer—referred to as a corona—is millions of degrees hotter than lower atmospheric levels has been a challenge for scientists for decades. There’s been no indisputable evidence of what mechanism is responsible for the unexpected level of heat since the conundrum arose, and no fully verified theories. But now, for the first time ever, scientists have directly observed what they believe is one of the major driving factors: a massive magnetic explosion caused by an unimaginably large loop of plasma returning to the Sun’s surface.

The NASA video showcasing the observation of the “forced magnetic reconnection” event.

In a recent announcement that comes via CNN, NASA said that its Solar Dynamics Observatory (a NASA spacecraft that’s been focused in on the sun since 2010), “observed a magnetic explosion the likes of which have never been seen before.” The announcement, which is based on the findings published in this paper in the Astrophysical Journal, goes on to note that a prominence—that’s the large loop of plasma—caused the new kind of magnetic explosion when it raced back toward the Sun after being flung out into space by an eruption on the solar surface. The prominence caused the magnetic explosion when it interacted with surrounding magnetic fields, causing them to snap and then quickly realign—a phenomenon referred to as a magnetic reconnection. 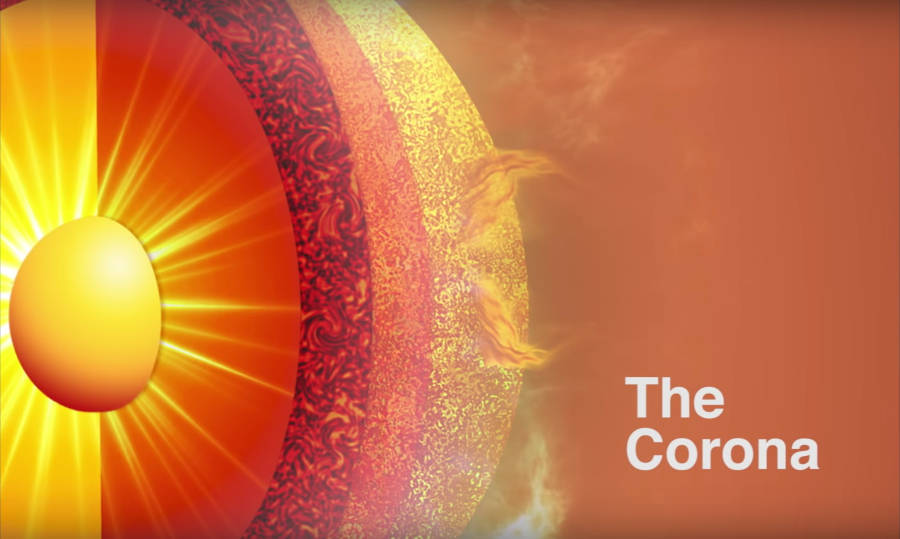 Note the corona is the uppermost atmosphere surrounding the Sun. NASA

Aside from helping scientists to understand why the Sun’s corona is hotter than its lower atmospheric levels, this observation will also likely lead to a better grasp of how to play with plasma in the laboratory. Abhishek Srivastava, a solar scientist at Indian Institute of Technology (BHU), in Varanasi, India, who’s quoted in NASA’s announcement, says that this discovery will help us to understand “other magnetized plasma sources, including experiments at laboratory scales where plasma is highly diffusive and very hard to control.” Which sounds reasonable, but still brings to mind some chaotic images of Doc Ock from Spider-Man 2. 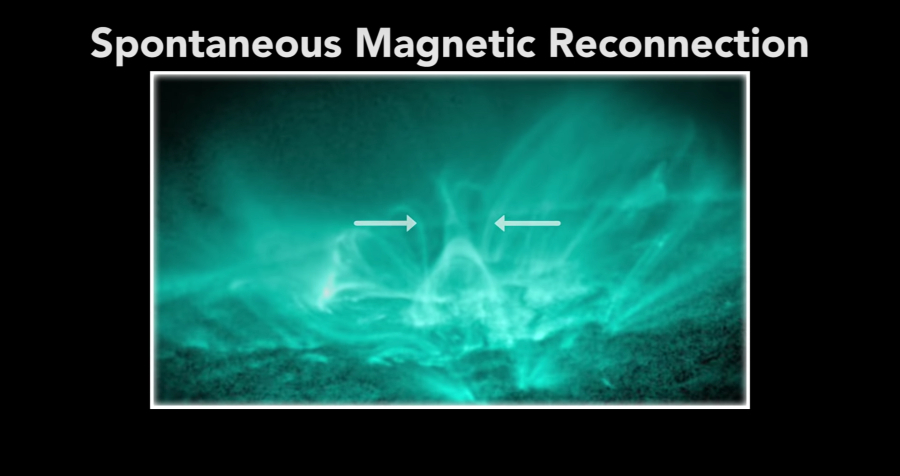 Moving forward, researchers will use this observation to help them reproduce magnetic reconnection events in the lab, where they can learn how to better stabilize them. They’ll also be looking for a lot more forced magnetic reconnection events on the Sun, because the more they see them, the better they can identify what patterns cause them. And that, NASA says, will be useful for better predicting the Sun’s behavior, and when it may feel like blasting a wave of “disruptive high-energy charged particles” racing toward Earth’s vulnerable satellites.

What do you think about this first-ever observation of a forced magnetic reconnection? Do you think these events are the main drivers of the corona’s unusual heat, or do you have some theories of your own? Let’s hear your million-degree hot takes in the comments!