NASA’s New Black Hole Visualization Is Straight out of INTERSTELLAR

Black holes, which warp the fabric of spacetime to the point where not even light can escape them, are difficult to imagine. We’ve heard about how they light up as they feed and how some of them are surrounded by a “ clumpy doughnut of matter,” but still, this picture of one taken in April of this year is probably the closest we’ve come to having a true understanding of what one looks like. Although we now also have this new Interstellar-esque visualization of a black hole from NASA to help our imaginations.

NASA has, of course, delivered an endless number of awesome space visualizations before, so it’s no surprise this one of a black hole is pretty awe-inspiring as well. NASA says in the post associated with the visualization that “this new visualization of a black hole illustrates how its gravity distorts our view, warping its surroundings as if seen in a carnival mirror.” The post adds that the black hole’s unthinkably high gravity also skews the light coming from different parts of its surrounding accretion disk, which gives it that “misshapen appearance.”

Misshapen indeed. Take a second and really stare at the black hole and the surrounding ring of light. Apparently that’s a singular ring, not two going around along the X and Y axes. Look at the way that thing bends! 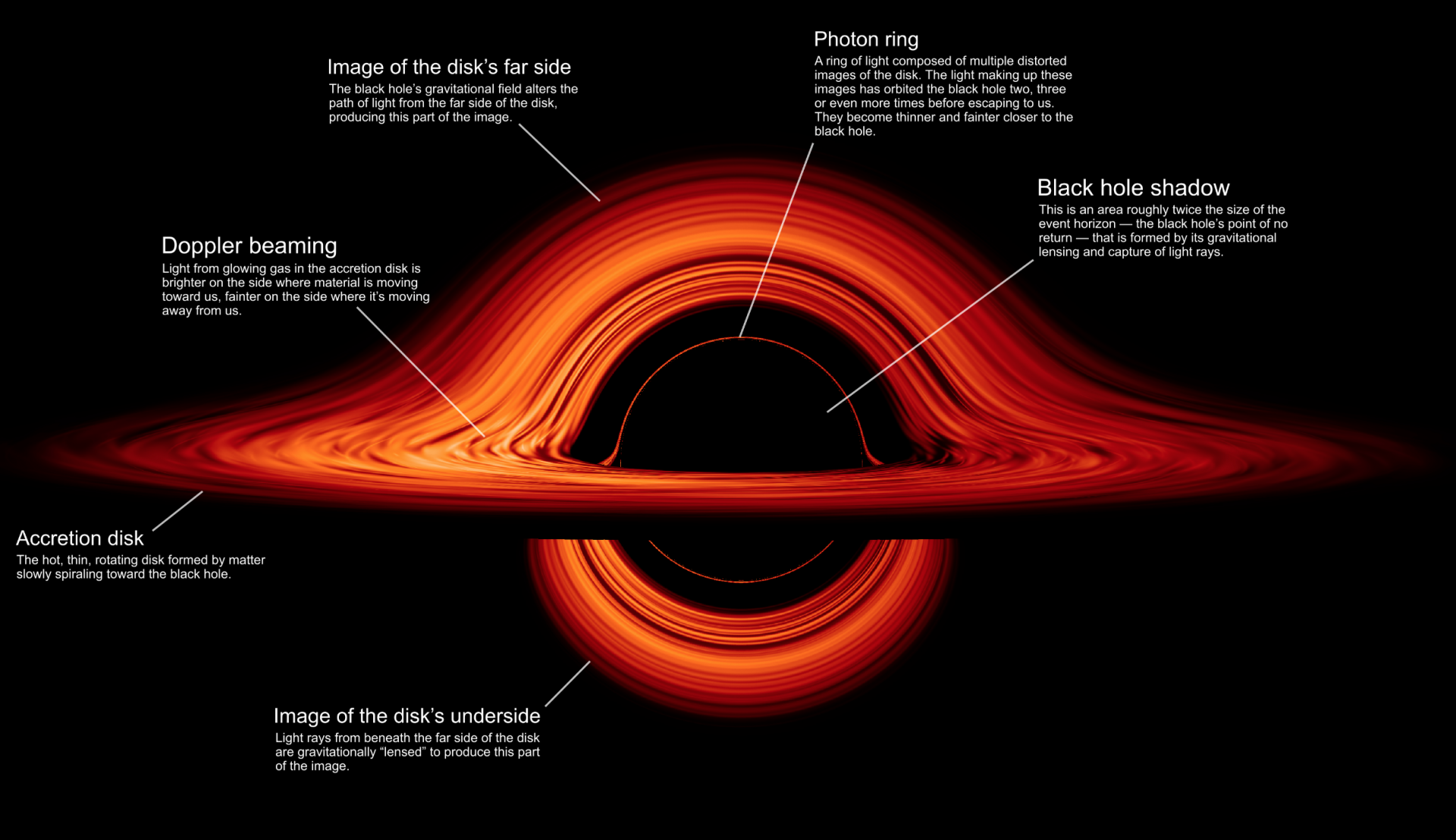 The physics producing the bizarre site are equally incredible. NASA notes that “Bright knots constantly form and dissipate in the disk [surrounding the black hole] as magnetic fields wind and twist through the churning gas.” The space agency adds that the gas nearest to the black hole orbits at a faster speed (nearly the speed of light) relative to the the gas that orbits from further away. This difference in speed separates the “knots” of light around the black hole, which creates those distinctive dark bands in the light disk.

But what’s really important, obviously, is the fact that Christopher Nolan and the crew of Interstellar crushed their film’s visual representation—no surprise considering the film resulted in a published physics paper. Now take the time to compare the visualization at the top from NASA with the one below from Nolan’s film. Who visualized it better?

What do you think of this latest black hole visualization from NASA? Let us know in the comments!