Drunken Devil, a Los Angeles-based production company that specializes in crafting creepy “theatrical nightlife and dining experiences” is gearing up for a new, macabre podcast series. But unlike other podcasts exploring sinister storylines, this one is going “full-blown” immersive; with real-life interactive elements and perfectly paired cocktail recipes.

The production company recently announced the Kickstarter campaign to fund the series, and it’s already surpassed its $10,000 goal. The series, dubbed The Cosmic Game, pits a “Drunken Devil” against God. And the overarching story does indeed sound like something straight out of Neil Gaiman’s brain.

“In our world, Lucifer has been cast out of Heaven by a vengeful God after creating and introducing alcohol,” Matt Dorado says in the series’ Kickstarter video (above). Dorado, the creator of the production company, adds that God and the Drunken Devil subsequently become enemies; ultimately deciding to settle their beef by seeing who can sway the most mortals to their side.

Dorado and series co-creator, Mak Manson, say the story will span the ages—from Ancient Rome to 20th century Louisiana. Along the way, Dorado and Manson promise “death cults, blood sacrifices, [and] tyrannical Roman emperors” among other nightmares. As well as bespoke cocktail recipes related to the series’ plot, including the Forbidden Fruit cocktail in the picture immediately below. (That snake-like orange peel garnish will hopefully be the first thing listeners learn how to make.) 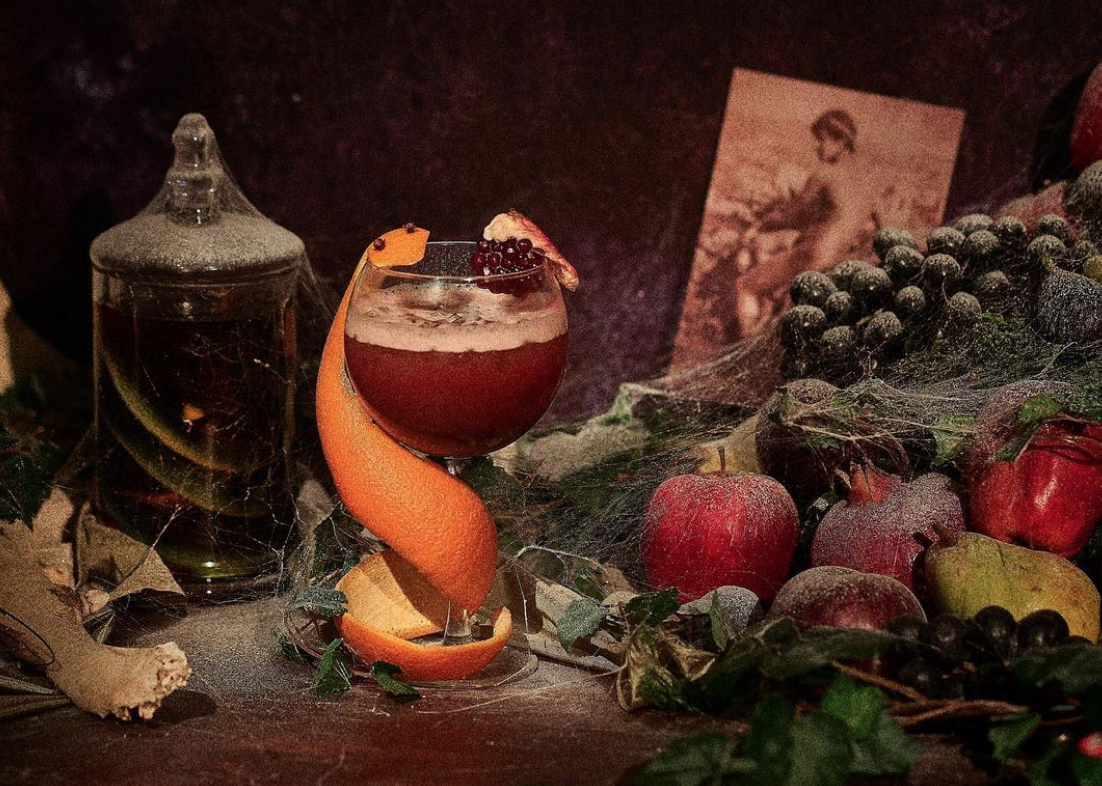 As for the interactive elements, those remain a mystery. Although when the production company says “interactive,” it means it; with most of its previous events involving, say, people roleplaying serial killers as they mingle with event participants.

“I’m beyond humbled that there has been such a great response to our Kickstarter campaign so far,” Dorado told Nerdist in an email. “It’s clear that there is still a demand for original storytelling, and I can’t wait for people around the world to experience the universe of the Drunken Devil.” 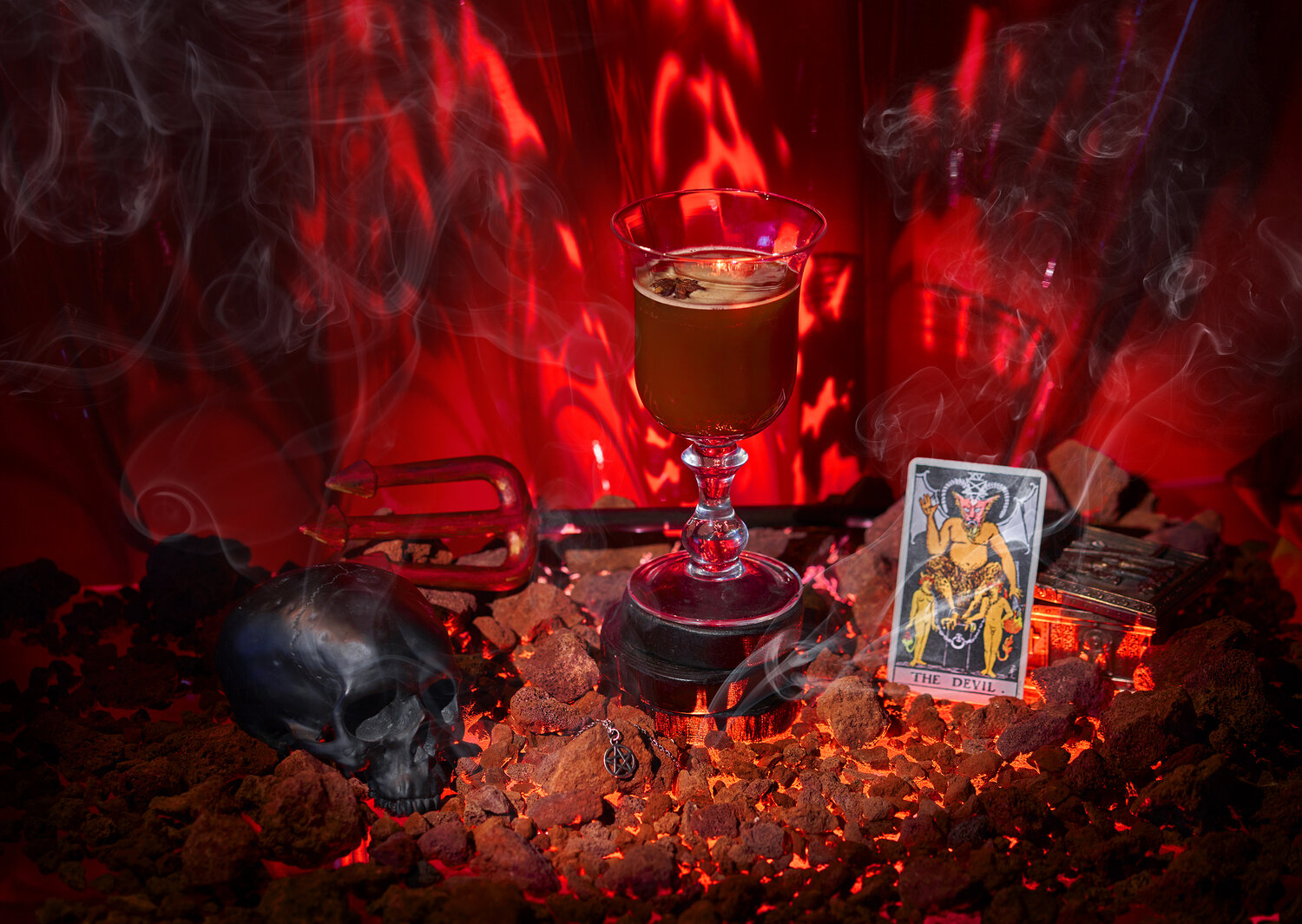 Anyone who wants to donate toward the campaign’s stretch goals can still do so. Rewards for backers at this point include items like “Postcards from Hell” and Satanic cocktail books. And yes, only backers will find out what’s in the Forbidden Fruit cocktail.