The first trailer for Neil Marshall’s  Hellboy reboot left many fans confused as they tried to match the promises of high fantasy R-rated horror with the cheery comedy action vibes that we were presented with. That didn’t temper excitement for the film though, and as the second trailer hits in the darkness of the midnight hour (well, at least on the East coast) fans will likely be happy with the darker tone, fantastical feel, and glimpses violence that the new teaser offers up. Plus hey, buff David Harbour.

Set to the dulcet tones of an orchestral arrangement of Deep Purple’s Smoke on the Water, the trailer begins with a reimagining of Big Red’s origin as we see him brought to life by Rasputin and a nefarious Nazi wearing what looks like a pair of swastika adorned 3D glasses. We also get a brief glimpse of Broom and Lady Hatton. At the IMAX headquarters on Thursday, ahead of the trailer’s premiere, Hellboy‘s creator Mike Mignola shared with us that the iconic Russian foe was actually just played by a member of the crew rather than a specific actor, hinting that Rasputin may not be in much more than the origin sequence.

The trailer quickly moves to London where we see the rest of the BPRD readying for battle against the Blood Queen; she’s featured more in this trailer. It turns out that Milla Jovovich, the actress who plays the Blood Queen, wasn’t particularly happy with the first teaser either; she told our screening that she thought the trailer had “sucked!” Thankfully, she liked this one more likely due to the fact that it’s jam-packed with her ancient sorceress who clearly wants to take a chunk out of Hellboy and make him her immortal beau. 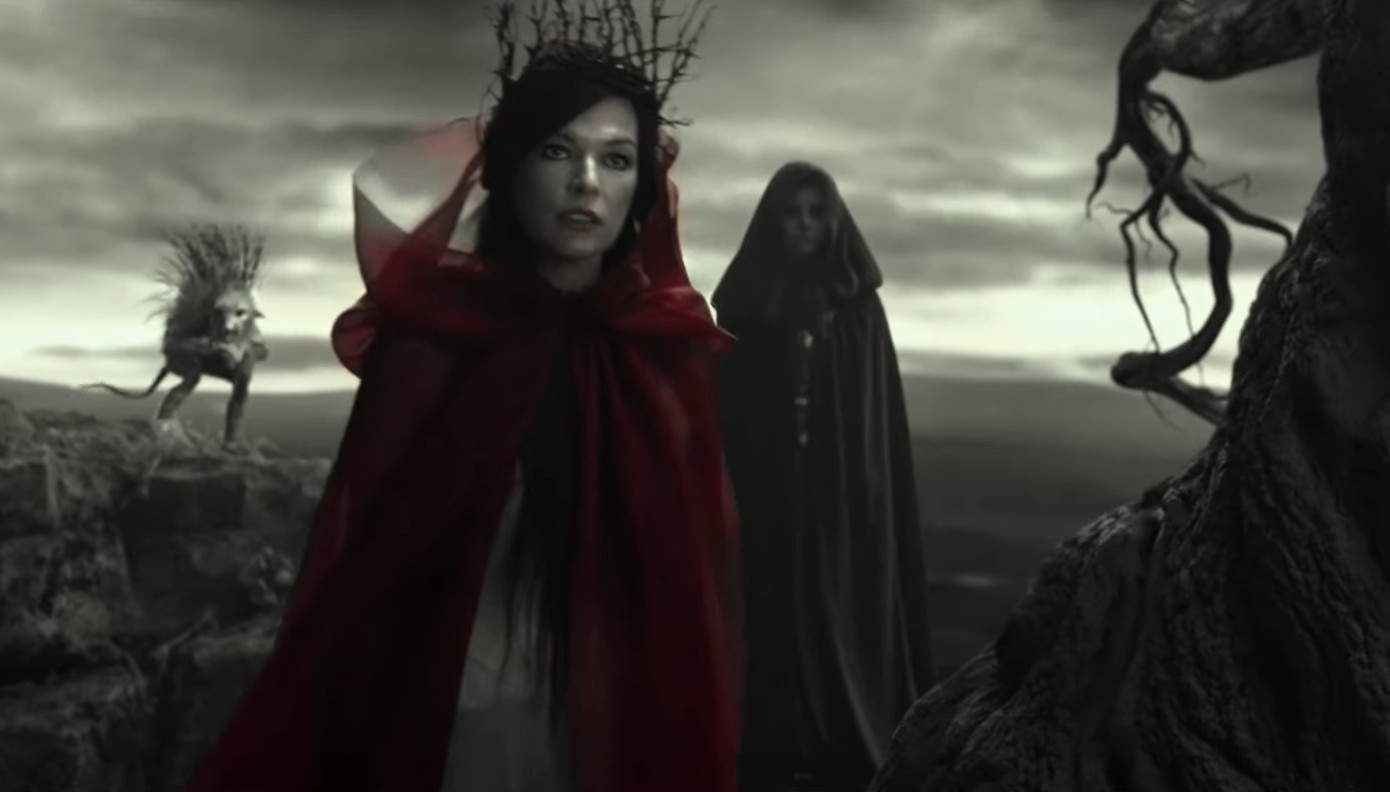 We also get our first look at Ben Daimo in full were-jaguar mode, transforming after Red punches him in the face. There’s plenty of supernatural action here that we didn’t get before, too, with multiple massive monsters and a brief shot of Baba Yaga and her iconic chicken legged home. Probably the biggest moment here is Hellboy riding a giant dragon through a hellish landscape whilst the Blood Queen begs him to be her queen. And then there are the sequences that look like they’re straight out of the beloved Hellboy arc The Wild Hunt; it’s pretty safe to bet that the film is taking heavily from that story.

This is definitely a different beast than the first trailer though the tonal shift may leave some fans wondering just where this iteration of Hellboy will sit when it hits screens on April 12.