Details about the Ghostbusters 2020 movie are finally trickling in. The film’s cast, including Stranger Things star Finn Wolfhard, Carrie Coon, Mckenna Grace, and Paul Rudd, as well as its July 10, 2020 date were already known but now the film has an official title – Ghostbusters: Afterlife. It doesn’t really give much away about the movie considering that ghosts are from the afterlife but it’s a nice piece of information.

According to a report by Vanity Fair, Ghostbusters: Afterlife will release a trailer on December 9. But, in the meantime, the article revealed several tidbits about the film. It is a new adventure that will connect back to the Manhattan Crossrip of 1984. That is, of course, a reference to the events that took place in the original movie. A mom and her two kids, Trevor and Phoebe, will arrive in a small town and start to uncover their connection to the OG Ghostbusters crew along with the legacy that the kids grandfather left. 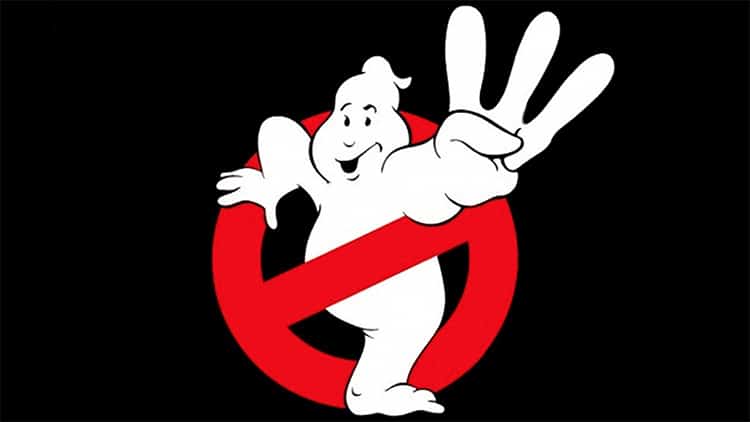 We see this in a couple of first-look photos in the article, including one of Wolfhard’s Trevor going into a shed to uncover the infamous ghost hunting mobile. There’s also a fun shot of the car drifting through a field in the middle of nowhere as well as a poster of a similar shot with the siren lights on and an ominous bluish gray and green cloud in the sky.

A bit of information is revealed about Phoebe, who finds a psychokinetic energy device and investigates strange things in their new town, particularly a nearby mine. Rudd’s Ghostbusters: Afterlife character, Mr. Grooberson, is their summer school teacher who remembers the Manhattan Crossrip and will certainly help them with their new discoveries. Another photo shows him holding a ghost trap with a stunned and slightly terrified look in his eyes. It’s like believing something as a kid, convincing yourself that it isn’t real, and later finding out that you were right the whole time.

All of that info sets up a pretty interesting story that pays homage to the original and makes it easy for several original characters to make their appearances. There’s no information on how Ghostbusters characters Peter Venkman, Ray Stantz, Winston Zeddemore, Dana Barrett, and Janine Melnitz will fit into the narrative nor how much they will be involved this time around, but it will be exciting to see the actors reprise those roles.

And, exploring this odd world through Trevor and Phoebe is a great idea because they are young and literally know nothing about what is going on. Ghostbusters: Afterlife could be a cool way to usher in yet another generation of fans with protagonists with familiar faces. It would be difficult to find a teenager who doesn’t know (and love) Finn Wolfhard.

Grab your proton packs and get ready for Ghostbusters: Afterlife to thrill you with its upcoming trailer.