Here’s Where Ruth May Fall in The DOCTOR WHO Timeline

Warning: Major spoilers ahead for Doctor Who’s “Fugitive of the Judoon” episode.

Doctor Who fans got way more than they bargained for during this week’s pivotal episode. The Captain Jack reveal was a big deal, but it had nothing on the revelation that the titular fugitive, sweet tour guide Ruth, turned out to be an unknown incarnation of The Doctor.

This revelation of a Black woman Doctor blew a lot of people’s minds and changed everything we thought we knew about The Doctor; the character had always presented as a White man up until Jodie Whittaker’s incarnation. But it turns out that Ruth had been hidden on Earth since the late ’90s, alongside her companion/probable Gallifreyan Lee.

She was able to escape detection for a while because she transferred her Time Lord essence into an alarm box and lived as a human. (This same method was previously used during the Tenth Doctor/Martha Jones era, when he was hiding from the Family of Blood.) There were little clues about her true identity along the way, from the TARDIS blue hands on her watch, a hexagonal mirror—like the shapes on her TARDIS wall—and her ability to take down a Judoon with zero problem.

Ruth’s introduction has completely shaken The Doctor and caused a furious swirl of Doctor Who theories about where she falls in the overall timeline of The Doctor’s life… if it’s even the same timeline at all. 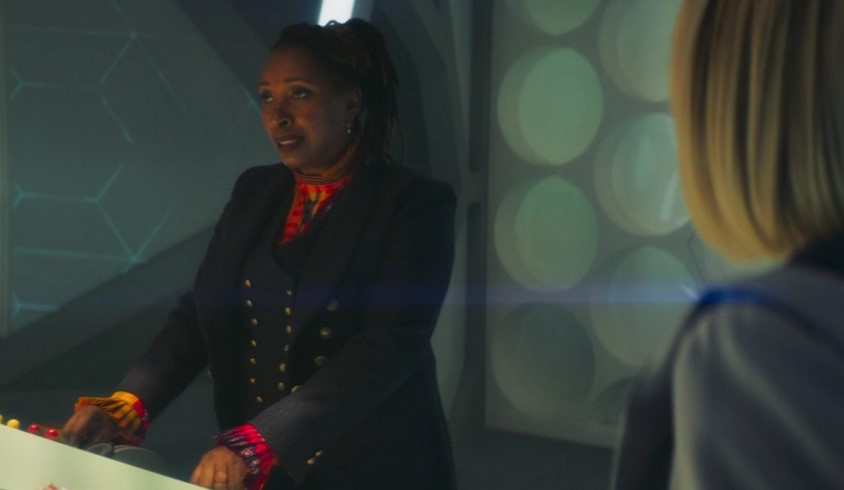 It’s always been assumed that William Hartnell’s Doctor was the original. That said, Ruth’s throwback TARDIS interior décor caught a lot of fans’ eyes. The TARDIS has become increasingly elaborate in recent years, but this TARDIS looks a lot like a Hartnell-era ship. It’s mostly White with lots of open space and round orbs along the walls.

Ruth is also not familiar with Thirteen’s sonic screwdriver, which the Doctor first used during the Second Doctor story “Fury from the Deep.” She’s certainly more of a physical action person herself and has a really cool gun, so no sonic wouldn’t have been a big deal for her. Gallifrey also still exists for Ruth’s Doctor and Gat, but Thirteen knows that it has been completely destroyed in her timeline.

The entire theme of Thirteen’s run is about revisiting the past. Her past has been coming back all season long—The Master, Captain Jack, the whole Timeless Child mystery, and the Cyberman warning. So it would make sense that Ruth is also a part of The Doctor’s complex history.

Yes, several people are debunking this theory because Clara was seen guiding Hartnell’s Doctor to the TARDIS to set off on adventures. But, a major tenet of this show is turning what we thought to be true on its head. The Master did say that everything The Doctor (and by extension the viewing audience) thought they knew was a lie. And it’s really not far-fetched to think that The Doctor didn’t always present as a White male up until the current incarnation. The Doctor may have very well started their journey in Ruth’s body.

This Doctor certainly believes that she is from Thirteen’s past, but obviously both incarnations of this Doctor are missing some piece of their collective puzzle. Maybe Thirteen repressed her memory of Ruth for some dark reason. What’s the truth? We will see. 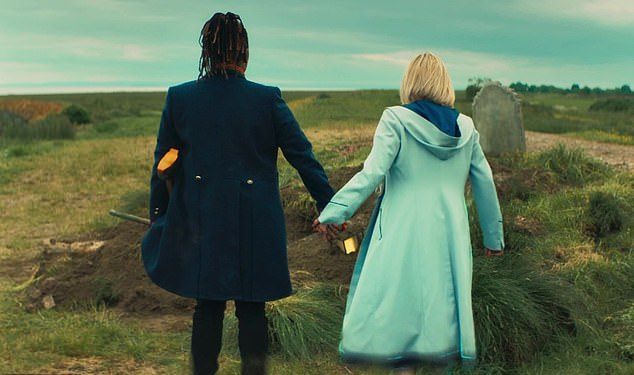 This would fall in line with the show’s penchant for twisty timelines. The Doctor always preaches that there are millions of possibilities for the future; perhaps this new Doctor is from a different timeline. This too would explain why Ruth’s Doctor is prone to getting physical with antagonists and why she never had a sonic screwdriver. The Doctors would share similar life experiences and even scan as the exact same person, even though they have been doing different things all along.

This may also tie in Ruth’s connection to the Timeless Child arc, to determine if it’s a reference to her or perhaps some greater entity involved in Gallifrey’s past/present. This means there could be an entire timeline of interesting Doctors who don’t mostly present as White men. If so, we need them to show themselves immediately.

An alternate universe Doctor wouldn’t be too far-fetched either. There was speculation that the latest Master was from some parallel Earth, so a parallel Doctor would make sense too. It wouldn’t require switching things up in Thirteen’s timeline and it could build an interesting story that makes the Whoniverse even bigger than we thought. Time Lords have been known to do some trash stuff, so it wouldn’t be surprising if they have been poking around in alternate dimensions for some shady reason.

Who says there has to be just one Gallifrey in existence period? Is Thirteen actually in the universe that she thinks she is in? Is Ruth her timeline or universe’s first Doctor?! Is The Doctor a much bigger entity than we knew who has spread itself across time and space? So many questions.

The Future? A Sandwich Doctor? A Clone?

There’s always a chance that Ruth could be thrown in between other incarnations somehow or she is from the future. But neither one of those options would set up a story nearly as interesting or fun as what’s explored above. If Ruth is a future Doctor, then we would have rather simply gotten her in the future to have a complete series, companion(s), and storylines. Don’t tease us with such a good time and then make her go away.

It’s also hard to squeeze her in between other incarnations because we saw most of them regenerate from one to the next.  There is a chance she could go between the Second and Third Doctor somehow (that regeneration isn’t quite as direct as others) and still have that awesome TARDIS. Or maybe she is a clone of The Doctor who was created to cause some chaos in the world. What is really going on here?!?!

Placing Ruth as a Doctor from an alternate dimension or timeline and making her the first Doctor in that reality would be a cool way to go.

It’s an exciting time to be a Doctor Who lover! This episode certainly won’t be the last time we see Ruth and the answers to all of Chibnall’s threads and arcs will hopefully tie together at some point for a satisfying conclusion.