Marvel Studios made a big splash during Disney’s theatrical panel at the D23 Expo this weekend, announcing new cast members of upcoming films and new release dates. To round out the news of Eternals and Black Panther 2, Kevin Feige made sure he didn’t miss the opportunity to share some news about next year’s upcoming Black Widow movie.

While the cast couldn’t be in attendance due to their filming schedule, Scarlett Johansson, David Harbour, and Florence Pugh shared a video message from set, telling the crowd they were going to be treated to some exclusive footage. And while a majority of the content shown was previously revealed at Marvel’s DCC panel, last month, there were definitely a few interesting additions that made us even more excited for May 2020.

New footage of David Harbour as past his prime, disheveled Red Guardian, but in full costume (looks much like comic). He sits with Natasha and Yelena and says, “Family, back together again!” #BlackWidow #D23Expo

Yelena asks Natasha why she always does “the pose” (her big mid-fight crouch). Natasha denies doing it. Yelena calls her “A poser.” Final shot of Natasha in an all-white suit, flipping down onto a bridge – in the pose. #BlackWidow #D23Expo

That was mostly the same as the Comic-Con footage, but with more Weisz, Harbour, and a tag where Florence Pugh's character mocks Natasha's fingers-on-the-floor pose after landing a jump

From the description of the new footage, it seems more and more likely that whether it’s as teammates or adversaries, the film is going to put Natasha’s relationship with Yelena front and center. Since the two Black Widows have such a rich history from the comics, it’s going to be interesting to see how Marvel will approach Yelena’s introduction into the MCU and whether or not they’ll take cues from those comic runs or try to spin their own canon for the character. As for the new footage of Harbour’s Red Guardian, the quick line about family could be a reference to the romantic connection his comic counterpart has to Natasha—but it could also be that he’s referencing a past mission or a history between Yelena and Natasha, not to mention other Black Widows.

One especially intriguing new piece of information is the reveal of Natasha in an all-white suit. We can’t help thinking about something like her costume in the Deadly Origins comic run which was published in 2009, right before the world was introduced to Natasha in Iron Man 2. That run included storytelling shifts between the past and the present to show the evolution and history of Natasha, something that the movie may end up doing as well. It’s also worth noting that the white suit showed up in Nathan Edmonson and Phil Noto’s 2014/2015 comic run, which centered on Natasha’s assassin life outside of SHIELD and the Avengers — conveniently the same spot where the movie plans on picking up, with Natasha being on her own after the events of Captain America: Civil War and SHIELD disbanded. 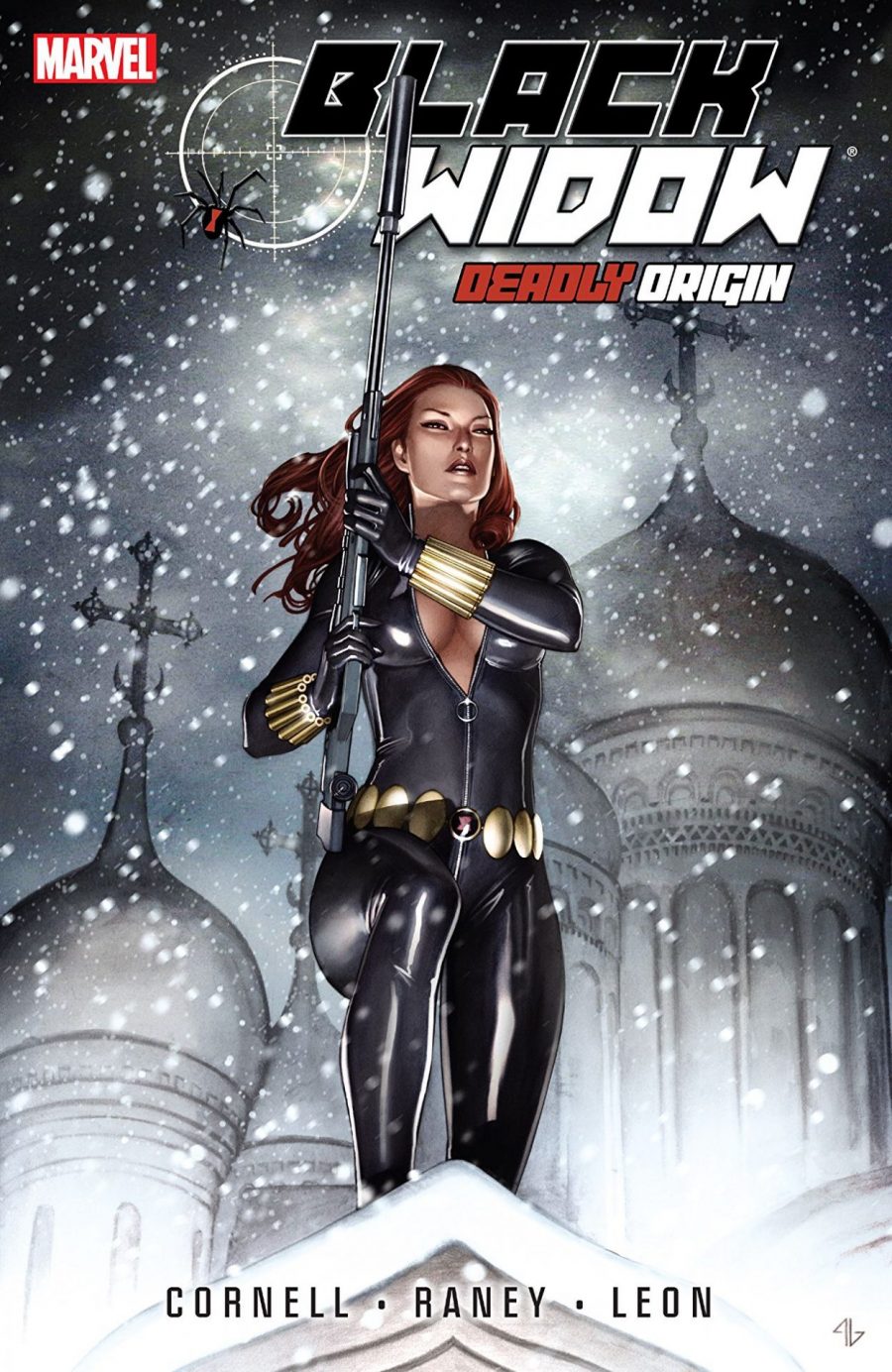 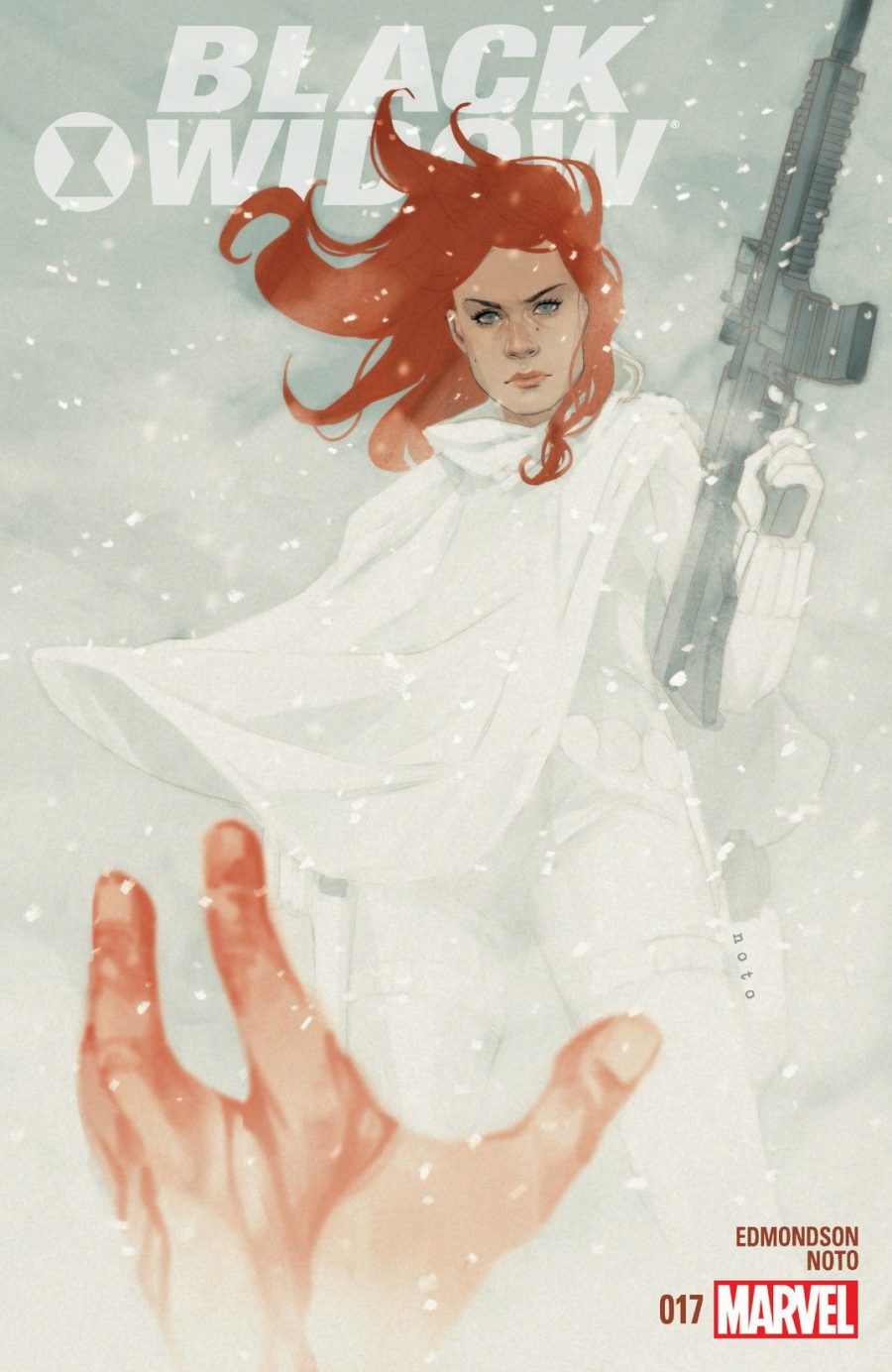 Image Credit: Marvel Comics
And Taskmaster shooting a bow and arrow? We know the villain’s deadly skill set includes the ability to mimic his opponent’s fighting moves, so does that mean since we’re already in Budapest we’re getting some kind of cameo from Hawkeye?

We’ll probably have to wait a few more months for new intel or confirmation of any existing footage. But given what we’ve already got, it looks like this film is going to serve up some serious espionage vibes — and we’re absolutely here for it. Besides, what’s more Black Widow than that?