Gather ’round dear Bridgerton fans because we have some delightful news: more seasons! Netflix has renewed what it called its “biggest series” for seasons three and four. Bridgerton debuted on the streaming service in December 2020 and received a second season in short order. And now the Shonda Rimes/Shondaland-produced show based on Julia Quinn’s regency romance novels will keep going. Netflix shared the news with a special message from Lady Whistledown: 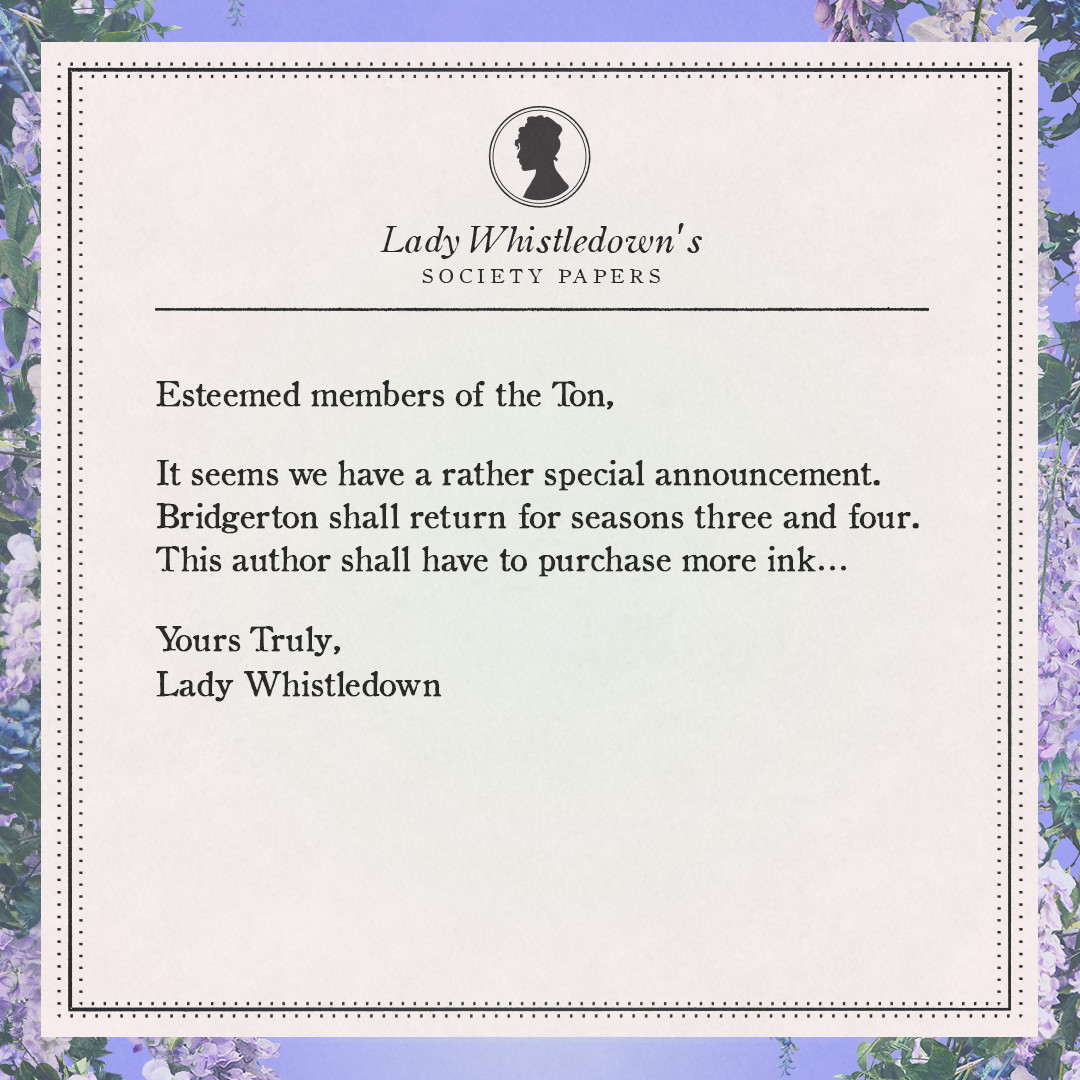 Quinn’s novels tell the story of the eight Bridgerton siblings as they find their way in life and love. Season one followed the first book in the series, The Duke & I. That story focused on Daphne Bridgerton and Simon Basset the Duke of Hastings, played by Phoebe Dynevor and Regé-Jean Page respectively. Season two of Bridgerton is shifting the spotlight to Anthony and his romantic interest Kate.

Though Netflix didn’t specify the topics of seasons three and four of Bridgerton, we can guess by looking at the books. Book three centers on Benedict Bridgerton, while the fourth book moves onto Colin (and Penelope!). We hope the show continues to alter the source material though by easing up on the fatphobia surrounding Penelope and by continuing to change characters to be more inclusive—especially as Page’s Duke Hasting’s will not appear in season two. 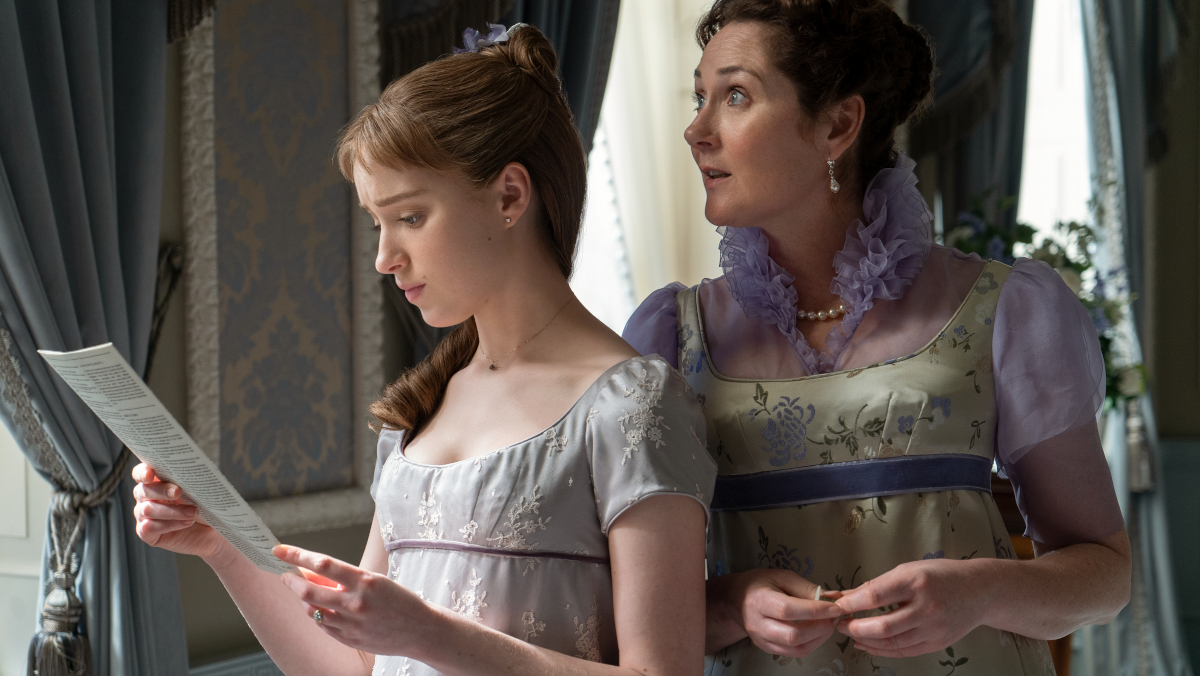 And we’re interested to see how they handle the whole Lady Whistledown business. Viewers of the TV series learned the true identity of the gossip rag writer at the end of season one. However, the books don’t reveal who Whistledown is until the fourth installment. We’re looking forward to seeing how Whistledown struggles to keep their secret identity under wraps while still publishing the juiciest tidbits the ton has to offer.