Pleasure Befitting a Lady in BRIDGERTON

Is media a man’s world? It would sometimes seem so, when one considers everything from the male gaze to the lack of distinctly feminine takes. As a woman viewer, I can’t help but feel that my needs aren’t being met. Luckily, Shonda Rhimes has heard the cries of the unfulfilled female viewer. Her sexy adaptation, Bridgerton—from creator Chris Van Dusen—is such sweet, sweet release. The streaming sensation simply can’t be ignored and I am hopeful, dear reader, that this is only the beginning.

Bridgerton is an adaptation of Julia Quinn’s extremely popular series of romance novels. Season one focuses on Quinn’s first book in the series, The Duke and I. The Netflix show only enhances the flush of excitement and fantasy. It has rich sets and costuming, intriguing and entangled storylines, and a cast populated by ridiculously good-looking people. With the exception of the Fifty Shades franchise, film and television adaptations of “bodice ripper” romance novels are rare, which is enough to make Bridgerton an incredibly exciting diversion. It’s a big moment for hopeless romantics everywhere. 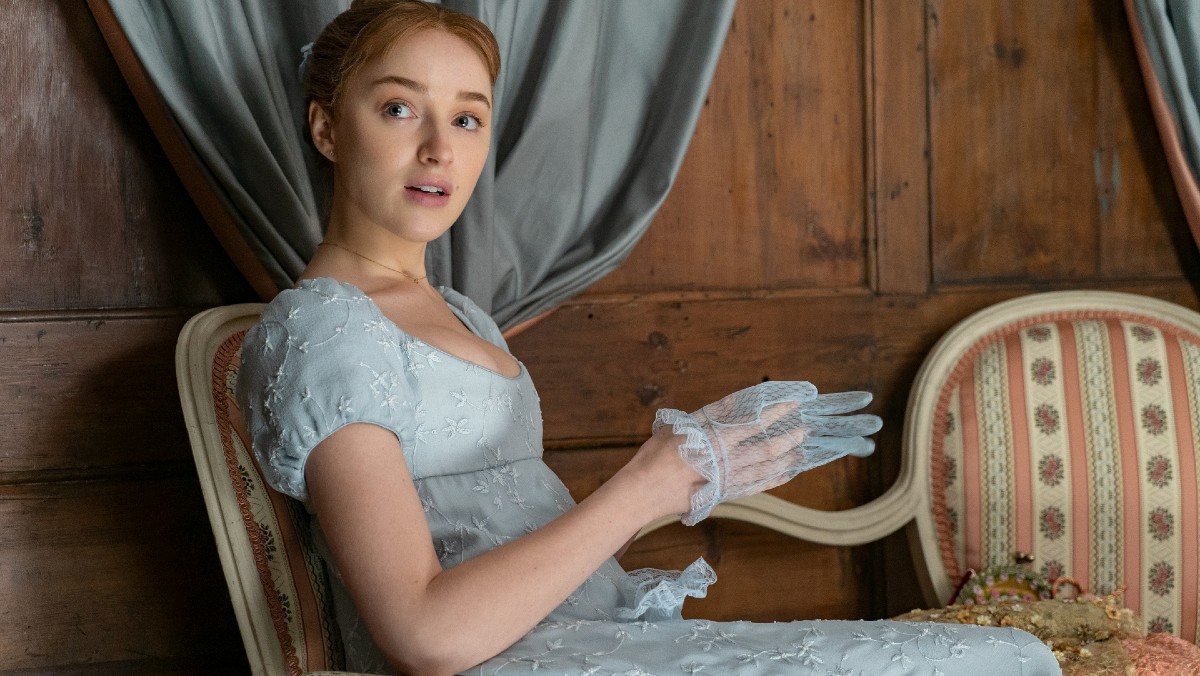 Some critics dismiss romance as trivial and lacking in literary merit. And yet, it’s the second-largest category in fiction—outselling genres like science fiction and fantasy. The genre’s critics level equal criticism to romance’s reading demographic. The fact of the matter is that, with 84% of romance readers being women and female authors reigning in the genre, it’s safe to say that romance is woman’s world. In film, the romance genre primarily occupies the spheres of the romantic comedy and Austen adaptations. These sorts of films are more rooted in humor than sensuality, and so their portrayals of sex typically follow suit. Most period dramas are swoon-worthy, but decidedly chaste. The flick of a fan or the brush of a hand convey desire.

The world of Bridgerton is a world of women living under the limitations placed on them by men in their Regency-era society. Young ladies must quietly exist under the protection of male guardians. They’re careful to toe the line of polite society lest they bring shame to the family. Romance and marriage are transactional affairs, leaving most young ladies of the Ton ill-equipped, unfulfilled, and unhappy. Nevertheless, the women of Bridgerton find small ways to reclaim their power. Women circulate and drive the gossip that makes or breaks a family. Mothers and dowagers pull the strings, make the connections, and guide (and protect) the young women that look to them. The Regency period that inspires Bridgerton may have existed under rigid patriarchy, but Bridgerton reforms that into a narrative that hands power and agency back to its women. 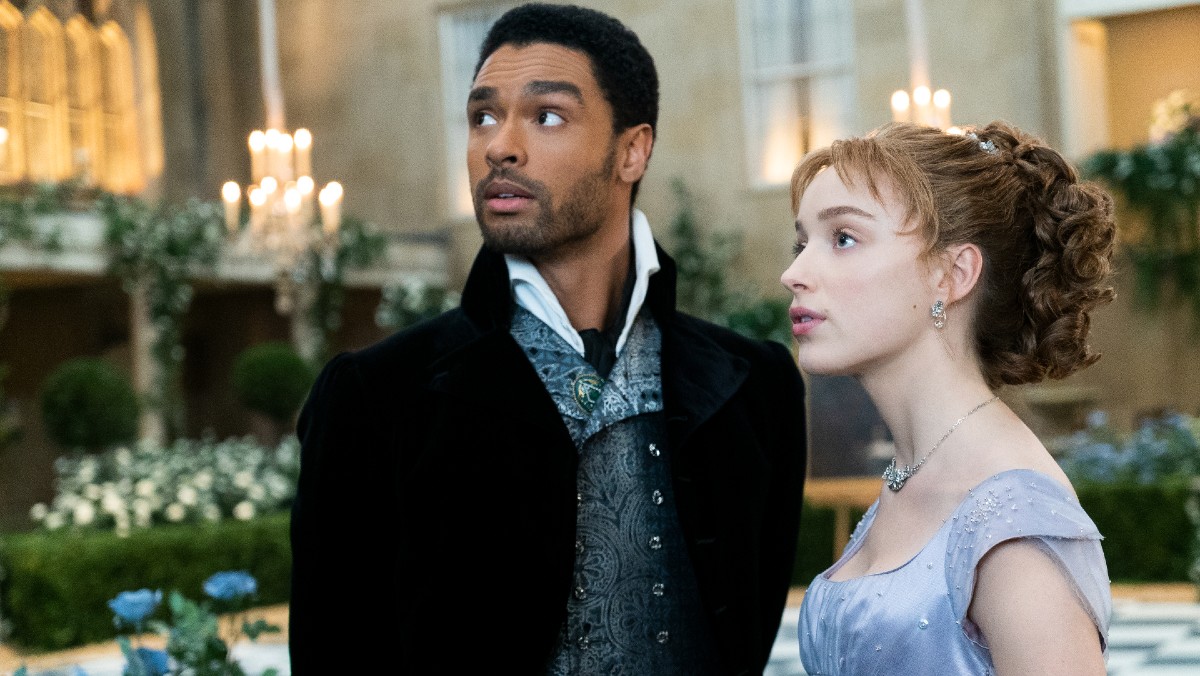 Let’s build on that foundation of female power with a discussion of sex—specifically, the orgasm. The love story of Daphne Bridgerton and Simon Basset, the Duke of Hastings, relies on mutual friendship and respect. Simon listens to Daphne and, in their early ploy to fool the prying residents of the Ton, hears her needs in addition to fulfilling his own. This is a wonderful basis for a fictional romance and an even better prelude to their eventual sex life.

It is also important to acknowledge that Simon and Daphne’s love has been met with scrutiny, on matters of consent, within both the original novel and in the Netflix adaptation. [Content warning: discussion of sexual assault.] I won’t mince words: Simon and Daphne’s romance is somewhat tarnished by a scene of marital rape. In the story, Simon has made it clear to Daphne that he does not want to have children. More pointedly, he dishonestly tells her that he is incapable of having children—whereas his penchant for the pull-out method would reveal otherwise. As Daphne becomes more worldly in her experience with sex, she uncovers the truth. She decides to sexually engage with Simon in a position where she is in control, and in which he is made to do what he has expressed he’s not comfortable doing. 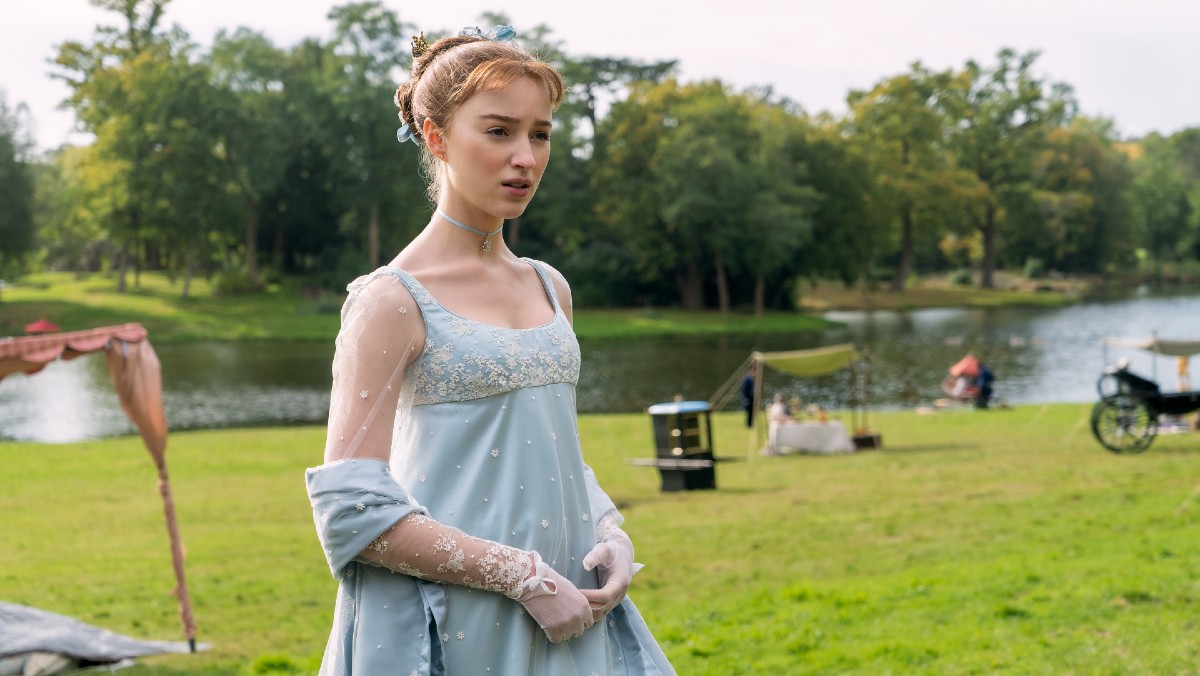 The Netflix adaptation softens the circumstances of this scene. This makes it slightly more palatable than in the book. But it still sours the story, perhaps to the point of ruin. It’s a shame that such an overwhelmingly sex-positive show will always have this blemish. But for purposes of discussing their relationship, we must take our cues from the characters themselves. So long as we, as viewers, are willing to take the sour along with the sweet and acknowledge what is problematic in both Bridgerton and the romance genre itself.

As the pair falls in love, they have frank conversations about desire—an area in which Daphne has little experience. Simon suggests that Daphne touch herself and develop a relationship with her body and her own desires. For Daphne, this would be the first time that she has ever been able to openly discuss sex and also the first time that sex has ever been framed as a source of pleasure—her pleasure—and not a symptom of the marriage condition. After Simon and Daphne wed, Simon continues to ask Daphne to connect with her own pleasure through masturbation and communicating her needs. Needs that Simon is ready, willing, and able to meet. I’m talking about oral sex of the “lady receives” variety.

It’s important in understanding Simon and Daphne’s relationship that pleasure is the only concern when it comes to their sex life. Their sexual relationship exists outside the norms of Regency-era expectations. This allows for a more equal approach to desire. As Daphne gains her first-ever sexual experiences, her pleasure is a priority. Bridgerton boasts multiple scenes (even montages) of the Duke going down—all the way down. It’s hot and it’s critical.

The presence of oral sex is, on its own, an exciting and groundbreaking development in television. But how it’s shot is important, too. The fact that oral sex comes up so much in Bridgerton speaks to the notion that oral sex performed on a woman is mutually enjoyed. (It is, after all, the Duke’s signature move). We’ve seen masturbation and female arousal on TV before. But it’s usually more about the man’s relationship with it than his receiving partner. In Bridgerton, lewd shots of the female body are replaced with an emphasis on Daphne’s expression and what she shares with Simon. It’s actually romantic and prioritizes Daphne’s pleasure, with intention. It perfectly brings the appeal of the romance novel to the screen.

If we take nothing else away from the success of Bridgerton, let it be known that female pleasure is wanted—nay, required! Thank you Bridgerton, for diving in with such enthusiasm!

The Many Unexpected Influences of MOULIN ROUGE!