If you found yourself enthralled by the scandal and gossip of the ton, we have good news for you: Bridgerton shall return. Netflix has renewed the regency drama from Shondaland for a second season. It’s no surprise given that Netflix reported the first season garnered 63 million views in its first four weeks, leading their fourth quarter alongside The Crown and The Queen’s Gambit. Lady Whistledown’s take on British high society and the relationship of Duke Hastings (Regé-Jean Page) and Daphne Bridgerton (Phoebe Dynevor) pulled in many devoted viewers looking for an escape.

Creator Chris Van Dusen adapted the series from Julia Quinn’s series of novels. Quinn focuses each book in her series on one of the eight Bridgerton siblings. Given that, Netflix states season two will shine the light on Lord Anthony Bridgerton (Jonathan Bailey), the de facto patriarch of the family. In season one we saw Anthony flounder. He didn’t handle his duties as lead of the household well and utterly bungled the all important job of finding a suitable husband for Anthony. Nigel Berbrooke, Anthony? Really?! 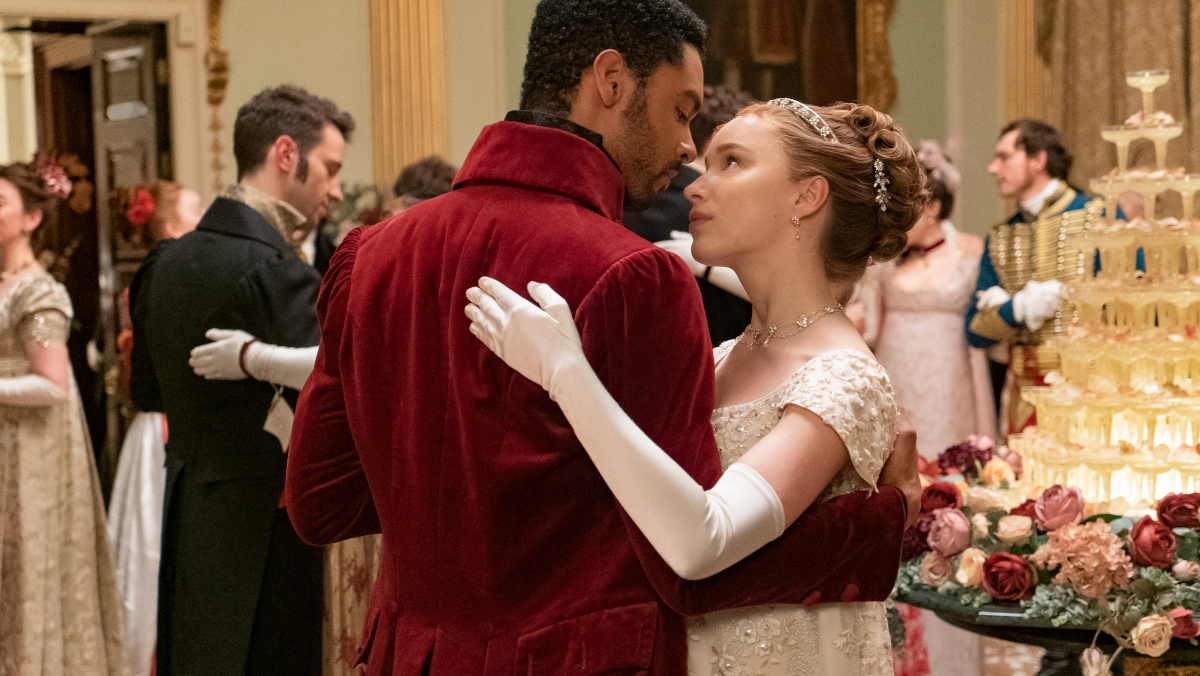 He struggled with duty and his place in society overall, too. Anthony fell for an opera singer, and for a man with his status, that’s unthinkable. Will he throw society aside and tarnish the Bridgerton name by pursuing Siena? Or will he set his sights on a more respectable and safe option? The latter would certainly be better for all his unwed sisters.

Plus let’s not forget that we the audience know the secret identity of Lady Whistledown (voiced by Julie Andrews). She’ll no doubt have plenty to say about the ton in season two. We won’t have to wait terribly long to revisit the colorful world of Bridgerton. Production will begin in spring 2021.