To paraphrase Yoda, with the launch of Disney+ last November, “begun the streaming war has.” Sometimes it seems like an unfair fight, since Disney owns Marvel, Star Wars, Pixar, the entire 20th Century Fox library, and a gazillion other things. But Netflix has no intention of backing down. They might be behind when it comes to a back catalogue, but they’re heavily investing in original content. And we man heavily. The streaming site just shared its list of upcoming original movies for 2020 on Twitter. We’re not sure there’s enough time in the year to watch them all. Here’s the massive-yet-incomplete list they just shared, featuring a whole lot of big names filmmakers and performers.

Another year of movies is ahead of us! We’ve mentioned a lot of these films already, but here’s a handy list of all the films coming to Netflix this year…so far. (thread)

“From director Gina Prince-Bythewood, Charlize Theron and Kiki Layne lead a covert group of immortal mercenaries who must fight to keep their team together when they discover the existence of a new immortal and their extraordinary abilities are exposed.”

“From director Lana Wilson, a raw and emotionally revealing look at Taylor Swift; following one of the most iconic artists of our time as she learns to embrace her role not only as a songwriter and performer, but as a woman harnessing the full power of her voice.”

“Mamoudou Athie (UNICORN STORE), Courtney B. Vance, and Niecy Nash star in Prentice Penny’s feature directorial debut. Elijah (Athie) must balance his dream of becoming a master sommelier with his father’s expectations that he carry on the family’s Memphis BBQ joint.”

A Fall From Grace

“In this thriller from Tyler Perry, Grace (Crystal Fox), a disheartened woman restored by a new romance, discovers her relationship is full of secrets, and her vulnerable side quickly turns violent. Phylicia Rashad, Bresha Webb, Cicely Tyson also star.”

“Amy Adams, Glenn Close, and Gabriel Basso star in director Ron Howard’s adaptation of J.D. Vance’s memoir of the same name, a modern exploration of the American Dream about three generations of an Appalachian family.”

The Boys in the Band

“From producer Ryan Murphy, Joe Mantello’s adaptation of the play follows a group of gay friends who reunite to celebrate one of their birthdays. When the host’s potentially closeted college roommate shows up uninvited, the evening is thrown into turmoil.”

“Lara Jean (Lana Condor) and Peter (Noah Centineo) have just taken their romance from pretend to officially real in the when another recipient (Jordan Fisher) of one of her love letters enters the picture.”

“When aspiring musicians Lars (Will Ferrell) and Sigrit (Rachel McAdams) are given the opportunity of a lifetime to represent their country at the world’s biggest song competition, they finally have a chance to prove that any dream is a dream worth fighting for.”

All the Bright Places

“Based on the novel by Jennifer Niven, Brett Haley’s adaptation tells the story of Violet Markey (Elle Fanning) and Theodore Finch (Justice Smith), who meet and change each other’s lives forever.” 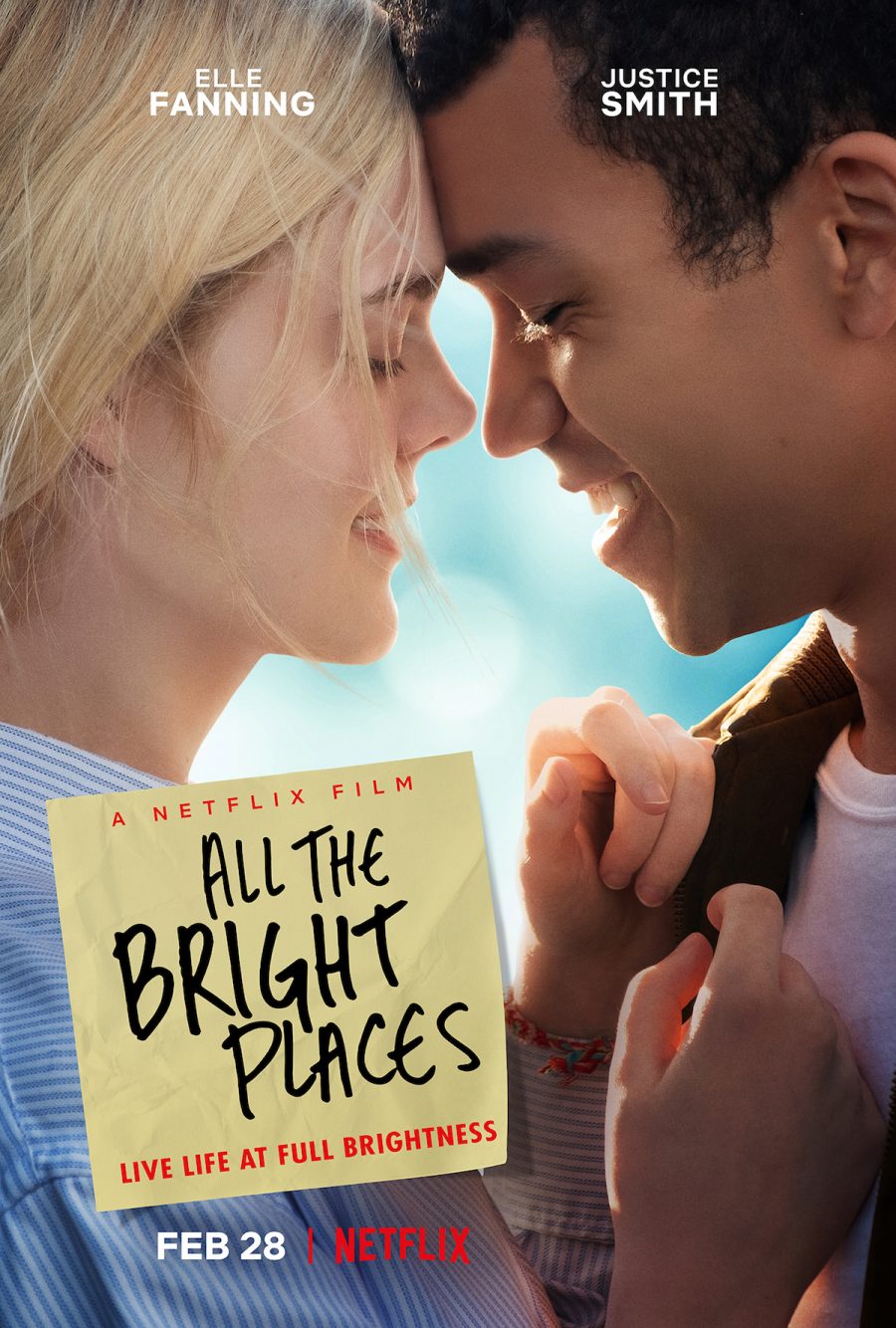 The Last Thing He Wanted

“In this Joan Didion adaptation from Dee Rees, a veteran D.C. journalist (Anne Hathaway) loses the thread of her own story when a guilt-propelled errand for her father thrusts her from byline to unwitting subject in the very story she’s trying to break.”

“This film from writer/director Alan Yang (MASTER OF NONE) tells the story of a Taiwanese factory worker who leaves his homeland to seek opportunity in America, where he struggles to find connection while balancing family & newfound responsibilities.”

“Convinced they’d be better off raising themselves, the Willoughby children hatch a sneaky plan to send their selfish parents on vacation. The siblings then embark on their own high-flying adventure to find the true meaning of family.”

The Half of It

“Shy, straight-A student Ellie is hired by sweet but inarticulate jock Paul who needs help wooing the most popular girl in school. But their new & unlikely friendship gets tricky when Ellie discovers she has feelings for the same girl. From writer/director Alice Wu”

“In this inventive portrait, director Kirsten Johnson (CAMERAPERSON) seeks a way to keep her 86-year-old father alive forever by staging fantasies of death and beyond. Together, dad and daughter confront the great inevitability awaiting us all.”

“Elle (Joey King) & Noah (Jacob Elordi) just had the most romantic summer ever, but as he heads off to Harvard Elle juggles a long-distance relationship, college applications with her BFF Lee (Joel Courtney) & friendship with new classmate Marco (Taylor Perez)” 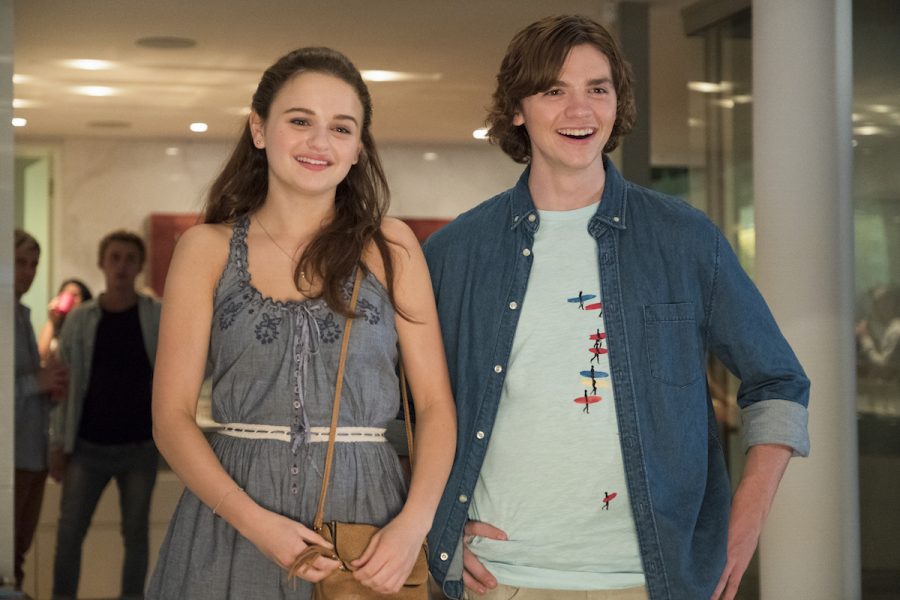 “In a future dystopia, prisoners housed in vertically stacked cells watch hungrily as food descends from above — feeding the upper tiers, but leaving those below ravenous and radicalized.”

“Down the road from Woodstock in the 70s, a revolution blossomed at a ramshackle summer camp for teens with disabilities, transforming their lives & igniting a movement. Directed by Nicole Newnham & Jim LeBrecht, exec produced by President Barack Obama & Michelle Obama.”

“Mark Wahlberg reteams with director Peter Berg to play an ex-cop, Spenser, who moves in with Hawk (Winston Duke), an aspiring MMA fighter with his own rap sheet. Between gym rounds, the duo’s taunts turn to trust, and they team up to solve a double homicide.”

“Wagner Moura and Ana de Armas star in this sweeping drama from director Greg Barker. Set in the chaotic aftermath of the US invasion of Iraq, the life of top UN diplomat Sergio Vieira de Mello hangs in the balance during the most treacherous mission of his career.” 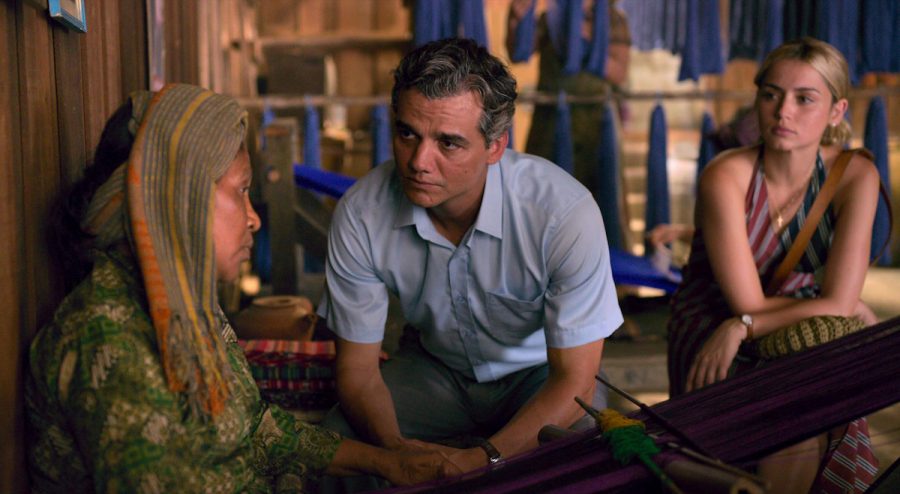 “Animation icon Glen Keane makes his feature directorial debut in this musical adventure about a girl who builds a rocket ship to travel to the moon in order to prove to her father that a legendary Moon Goddess really exists.”

“A Detroit cop reluctantly teams with his girlfriend’s 11 year-old son to clear his name and take down the city’s most ruthless criminal. Ed Helms and Taraji P. Henson star.”

“Ryan Murphy directs this story of a lesbian teenager who’s banned from attending the big dance with her girlfriend. The injustice prompts a cast of Broadway eccentrics to descend on the small Indiana town to fight back. Meryl Streep, James Corden & Nicole Kidman star.”

Out of the Fire

“Tyler Rake (Chris Hemsworth) is a fearless black market mercenary with nothing left to lose when his skills are solicited to rescue the kidnapped son of an imprisoned international crime lord. Action-packed, edge-of-your-seat thriller directed by Sam Hargrave.”

“Inspired by true events, from filmmaker Liz Garbus. Police inaction drives Mari Gilbert (Amy Ryan) to investigate the disappearance of her daughter. Mari’s search of the gated community where Shannan was last seen brings attention to over a dozen murdered sex workers.” 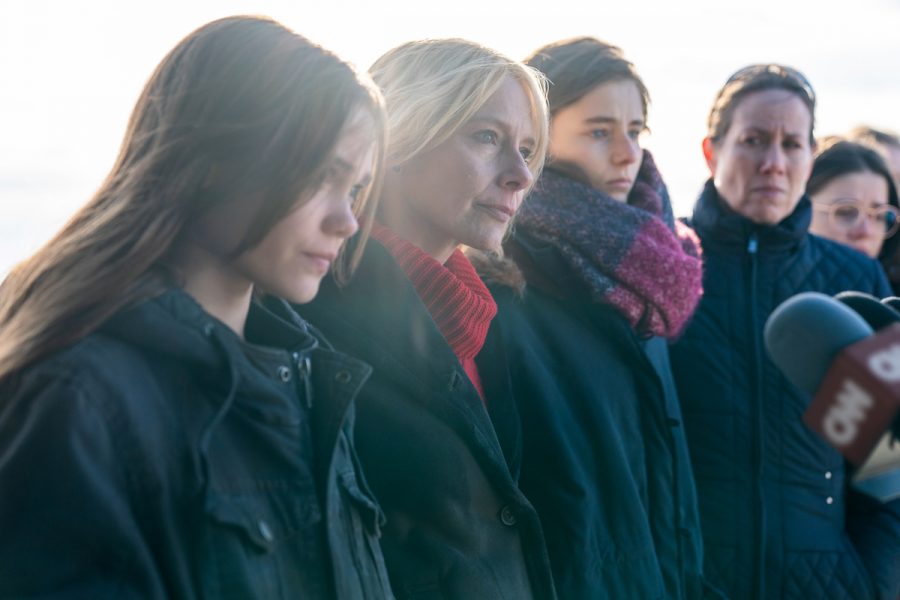 You know what? The streaming war is the only good war.