I don’t remember much about being 10. Probably because my only goals then were hanging out with my friends and staying up late. It’s not exactly a time in life when most children are thinking about changing the world. But Nandi Bushell is not like most kids. The musical prodigy spent the last year besting the Foo Fighters’ Dave Grohl in an epic drum battle. That’s a pretty high mountain to climb when you’re not even in junior high. And no one would fault the young musician if she coasted on that accomplishment for awhile. Or even forever. That wasn’t enough for her though. Bushell has teamed up with another impossibly talented youngster to address an issue their generation will have to live with longer than any of us adults. She partnered with Tom Morello’s son Roman for an angry rock anthem about climate change.

And a few famous faces showed up for the video.

“The Children Will Rise Up!” (which we first heard at Gizmodo) features Nandi on drums and lead vocals with Roman Morello absolutely destroying the guitar. Seriously, how can these two be this good this young? There’s just an incredible amount of talent crammed into this rock song about the most pressing issue facing everyone, not just kids. A problem the two youngsters want their peers to fight back against by pushing adults to act now.

Jack Black has their back. As does Roman’s (obviously very proud) father. And at least one other youngster wanted to make sure their important message is heard. The world’s youngest leading voice on climate change, Greta Thunberg, makes a quick appearance in the video. 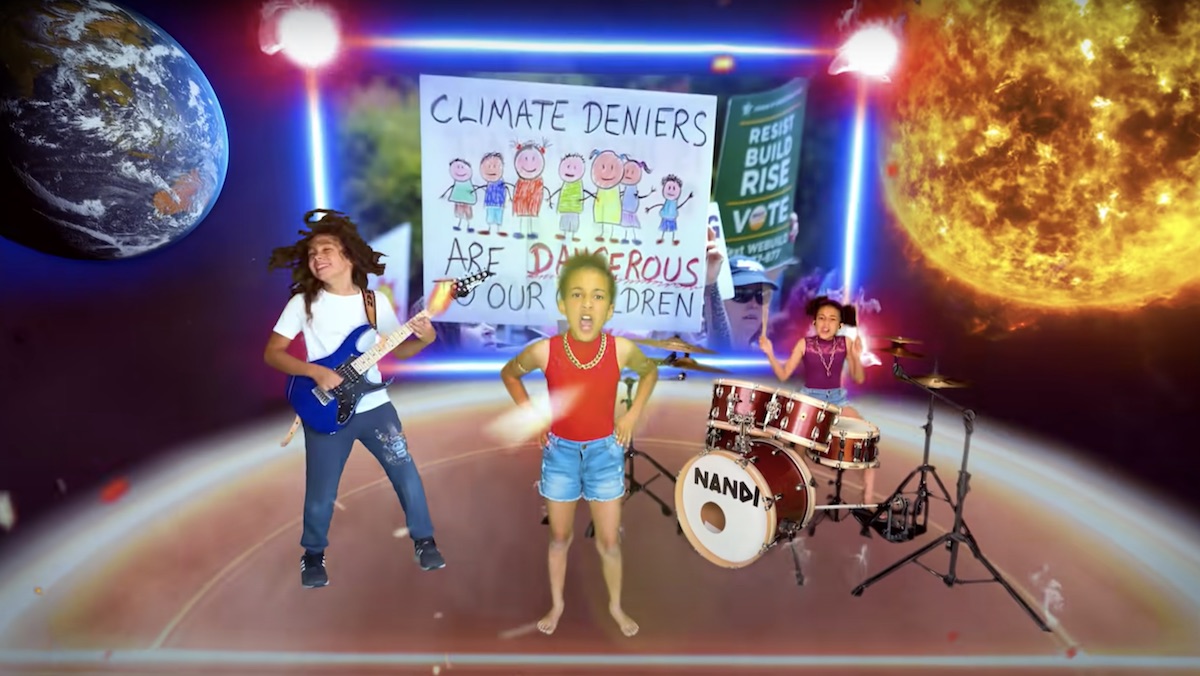 If this song helps get even a few kids more invested in the number one issue our planet faces it will be a wild success. But that’s just a normal day for Nandi Bushell.