MY LITTLE SCYTHE: How This Father and Daughter Melded SCYTHE and MY LITTLE PONY - Nerdist

MY LITTLE SCYTHE: How This Father and Daughter Melded SCYTHE and MY LITTLE PONY

Love tabletop games? So do we! Join Becca Scott where she breaks out fantastic board games on  How To Play and  Game the Game every week here on Geek & Sundry!

Hoby Chou loves playing board games with his family and when he noticed his daughter Vienna showing an interest in Scythe an idea was born. The game is a multi-headed hydra with area control, worker placement, and engine-building mechanics, and one we called one of the best games of  2016, but isn’t exactly the most accessible to younger players because of its many moving parts.

“She had shown at an early age that kids have the desire and capacity to enjoy more engaging games with adults,” he said. “We were inspired to create a game that gave those special people in your life a seat at the table.” 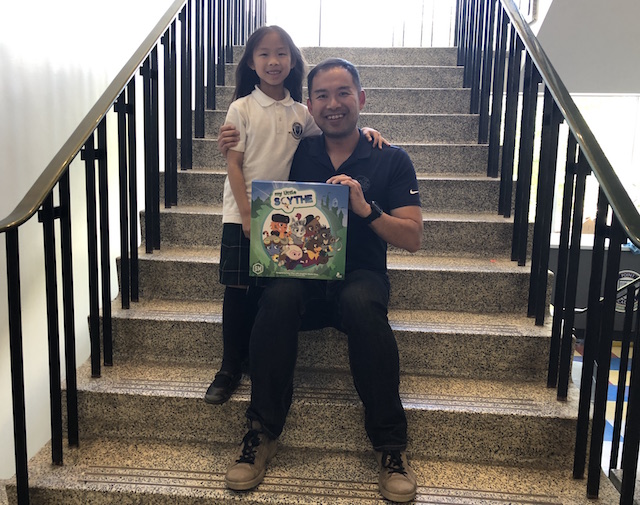 The runaway success of Stonemaier Games’ Scythe has been well-documented, but it was Vienna’s love of My Little Pony that would be the impetus for the father and daughter’s first venture into co-designing a board game. “Vienna knew both Scythe and the My Little Pony universe well,” he said. “Once we worked together to remove, replace, and re-engineer certain aspects of the original game, Vienna knew exactly how to tie its design into the My Little Pony theme.”

The pair worked on their game and uploaded it as a print-and-play game to Board Game Geek on April 1, 2017.

“So many people thought it was an elaborate April Fool’s prank that it went viral throughout the month,” Chou recalled. The game’s popularity grew and it was nominated for and eventually won BGG’s Golden Geek Award for Best Print & Play Board Game.

The gaming community continued to rave about My Little Scythe and one person, in particular, took notice: Jamey Stegmaier, president of Stonemaier Games.

“I love seeing when fans of our games apply their creativity to those worlds, and I was delighted to see what Hoby and his daughter did with My Little Scythe,” Stegmaier said. “The biggest surprise to me was that the buzz around it was much, much bigger than the other fan creations I’ve seen—I’ve never seen a fan creation get press coverage!” 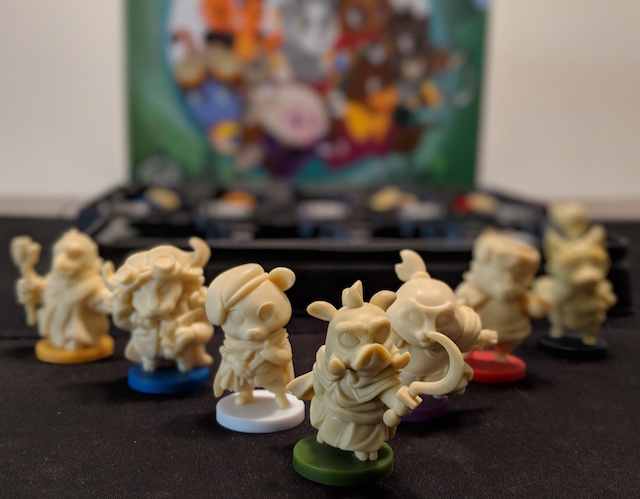 As My Little Scythe’s popularity grew, Stegmaier felt something might be on the horizon. “I thought it was a novelty at first, but when the buzz simply got bigger instead of going away, I asked Hoby if he could put together a prototype for me to play,” he said. “I had so much fun with it—my co-founder and I looked at each other after playing it and said almost in unison, ‘We need to publish this.’”

Stegmaier saw that beneath the novelty of the theme, My Little Scythe featured solid mechanisms alongside its fun gameplay. “While it re-implemented some aspects of Scythe,” he said, “it was also very much its own game.”

Months of development and play-testing followed. “Hoby was a joy to work with, as he truly cares about making the game as fun, beautiful, and memorable as possible—philosophies we share with him,” Stegmaier said.

My Little Scythe drew upon two well-known intellectual properties: My Little Pony and Scythe. Even before playing the game Stegmaier brought it to Hasbro’s attention and discussed the rights to both properties and a possible deal where one company or the other would publish the game using its mash-up of worlds. Hasbro declined.

“I told Hoby about this, and he created lore for the game using cute versions of the animals in Scythe as a foundation (otherwise the world has nothing to do with Scythe),” he said. “It wasn’t a big challenge to change the theme, as the feeling it evoked stayed the same.” 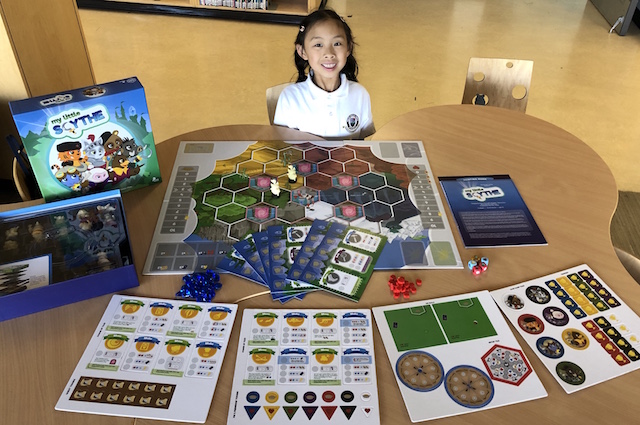 Along with the re-theme came new mechanisms that father and daughter developed together. The “Produce” action in Scythe was transformed into the “Seek” action in My Little Scythe. Players roll dice during “Seek” to place resources on the board.

“What started out as a great idea from Vienna has evolved into one of Jamey’s favorite mechanics in the final game,” he said.

Now that the journey from print-and-play to the Stonemaier Games’ catalog is complete, Chou said that he’d like to create an adventure game that does new things in the genre and that he and Vienna had no plans to do another mashup. However, he did tease one upcoming project related to My Little Scythe.

“When you see the Game Trayz included with every game, you may find a few slots deliberately missing,” he said. “That’s no mistake. Just saying.”

What heavier board game would you love to see made family friendly? Tell us in the comments!

Ruel Gaviola loves board games, books, food, travel, Star Wars, and date nights with his wife. He writes about games for  iSlaytheDragon and tabletop-test.com, podcasts about games for  The Five By, and his name rhymes with Superman’s Kryptonian name. Follow him on  Twitter and read his blog  here.