Whenever I think about which time period in history I would most like to have lived during, I inevitably realize I can’t honestly pick anything before the year 1902. Why that highly specific date? That’s when Willis Haviland Carrier invented the first modern air conditioner. Yes, I honestly love/crave/need AC that much. I’m always hot. Does that make me a ridiculous human being? It’s one of many things that does, for sure. But at least I use mine to keep cool in the summer. That’s slightly less absurd than what one musician used an air conditioner for. He composed an entire song around the jazzy sounds made by a broken AC.

Sam Ross composed a song around the strangely pleasing noises made by a broken air conditioner. (Which we first heard at Boing Boing.) Ross used an old YouTube video, originally posted by Jonny Shire, for his song’s base. That busted unit seemingly knew how to bust a groove. Its malfunctions made sweet music, with a funky collection that sounded like something a drummer might play to kickoff a groovy number.

To keep the song going, Ross added a “band” to those rat-a-tat-tats. The unlikely ensemble included him on the keyboard, along with him on both the programmed bass and drums. 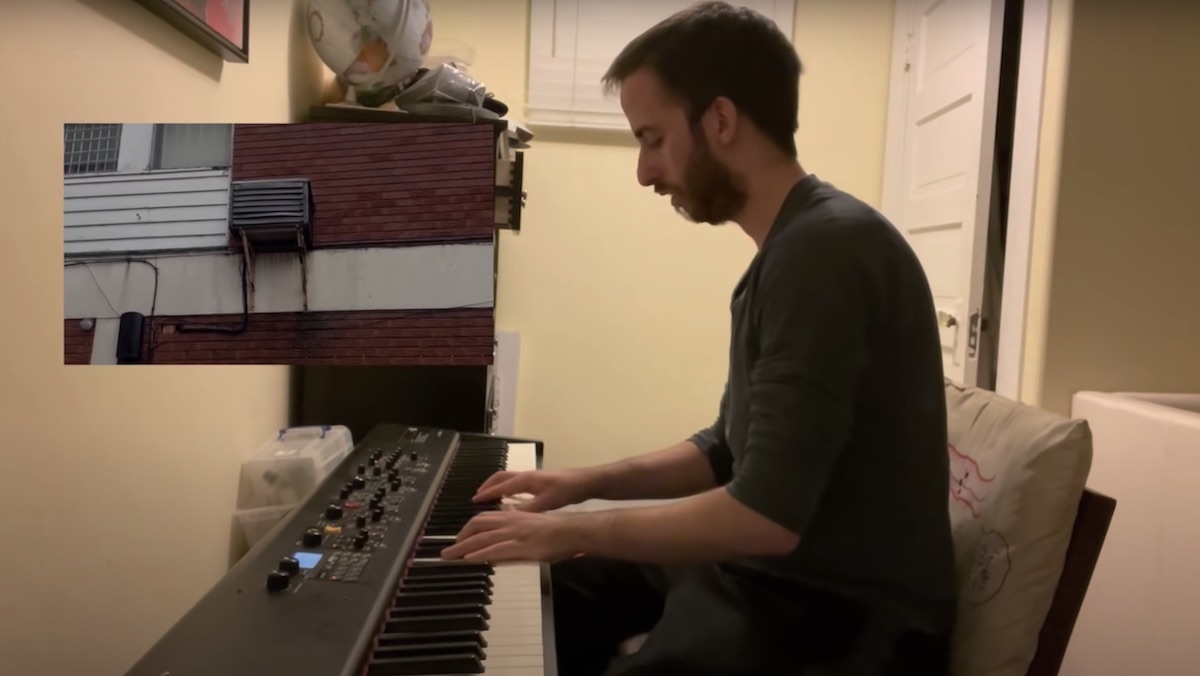 That might sound like a lot of work for one band member. But it’s fine. We’re pretty sure he won’t have to share royalties with any of the machines involved. Even if it had a claim, the air conditioner is too cool to bring down the act over some money.* That AC is in it for the music.

Here’s the original video to give you an idea of just how musical that broken window unit really was.

Not only can I dig it, but I’d also be willing to check out that AC’s live show. Well, at least I would if performed at a jazz club that also had some working air conditioners.

*I’m never too cool to make a joke this bad.