Fans of the 1998 animated film Mulan know the story of the young woman who masquerades as a man to take her ailing father’s place in the Chinese Imperial Army, ultimately saving China and bringing honor to her family. In the new live-action version, Mulan follows the same guidelines, but takes some creative turns by adding some fantasy elements as well as some new characters. Unfortunately, it all doesn’t seem necessary.

There are several remnants of the beloved animated classic, from the hilarious matchmaker scene to Mulan’s (Yifei Liu) strong bond with her father to her rigorous camp training. Yet it fails to deliver on the relationship between Mulan and her fellow soldiers, including hunky love interest Honghui (Yoson An). Although we do get a rather sexy bath scene with Honghui joining Mulan, who is disguised as Jun, in the lake, their relationship seems a bit awkward. 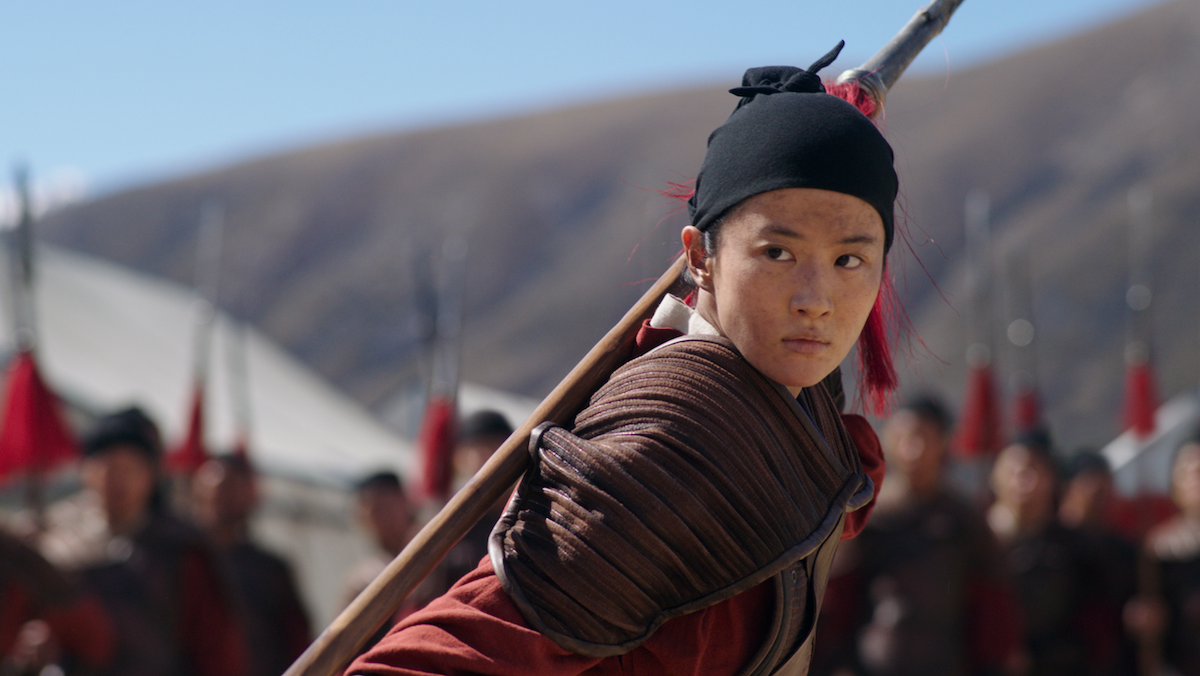 The film really focuses on Mulan’s qi, the Chinese philosophy surrounding life force energy, and her strange connection with Gong Li’s Xianniang, a witch who works for the villain, Böri Khan (Jason Scott Lee). These new additions present more character development for Mulan, especially her relationships with women. Xiu (Xana Tang) is Mulan’s sister and confidante, but really serves no purpose in the plot.

Xianniang acts as a warning for Mulan: If she can’t harness her qi the right way, she could end up alone, treated like a witch. But the entire situation makes no sense. The original story of Mulan was important to many because it was about a regular girl who became a legend. But adding a qi element, giving Mulan a sort of superpower, takes away the idea that “a nobody” could become somebody. Now there is this added element that one has to harness appropriately in order to truly become a warrior. 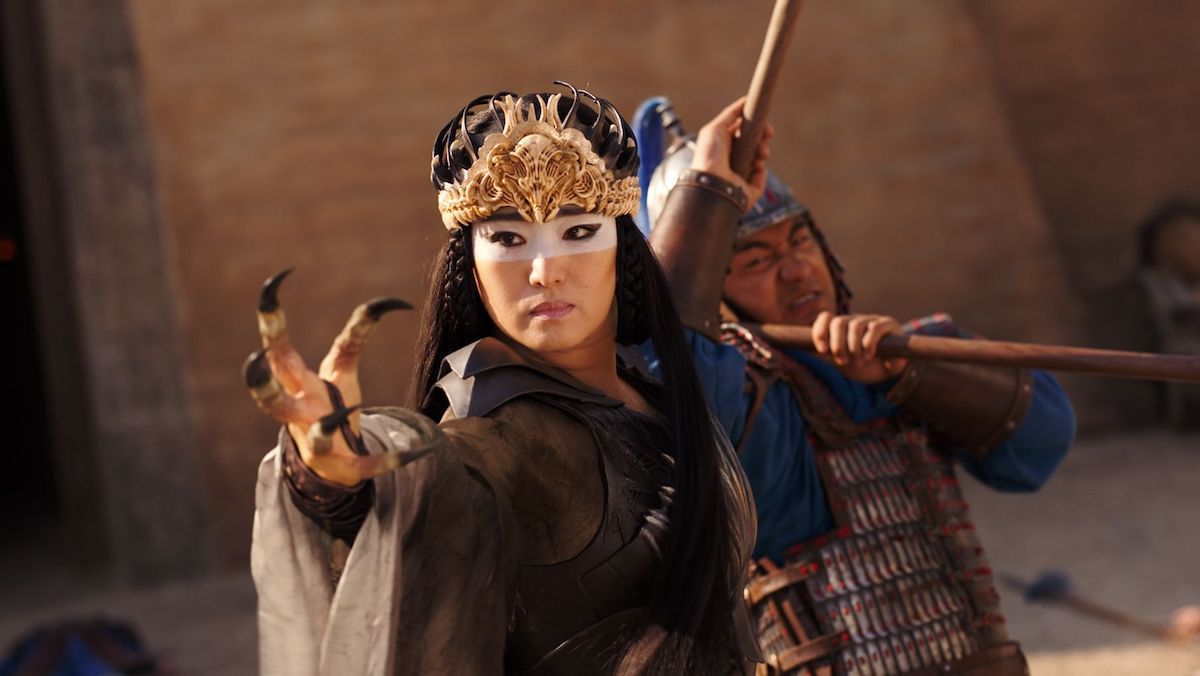 It is hard to gauge who the target audience is for this film. The movie tries both to cater to Westernized audiences as well as Chinese audiences, the latter with the added elements, especially with the addition of Gong Li, Donnie Yen, and Jet Li, all obviously dubbed. Knowing this allows you to understand the film’s choices regarding the one dimensionality of the dark-skinned villains, the Rourans; the added martial arts presentation by Yen’s character; and the lack of the memorable cross-dressing scene from the animated film.

With the focus on the new and unnecessary characters, the film fails to highlight the other important characters in Mulan’s story. These include her colleagues Yao, Ling, Chien-Po, and Cricket, which is really a loss for the audience. Throughout the film, Mulan has moments interacting with her fellow soldiers, but never more than exchanging occasional vocal jabs. The camaraderie never feels earned.

The film does try to introduce Eastern philosophy and virtues to the Western audience, but it feels a little too forced. This is especially true with the idea of qi and the symbolism behind the phoenix. The film depicts the phoenix as a symbol of rebirth, which would make sense if they were following Greek mythology. But for the Chinese, the phoenix symbolizes harmony, the yin to the Chinese Dragon’s yang. This may cause some confusion between the two philosophies and audiences. 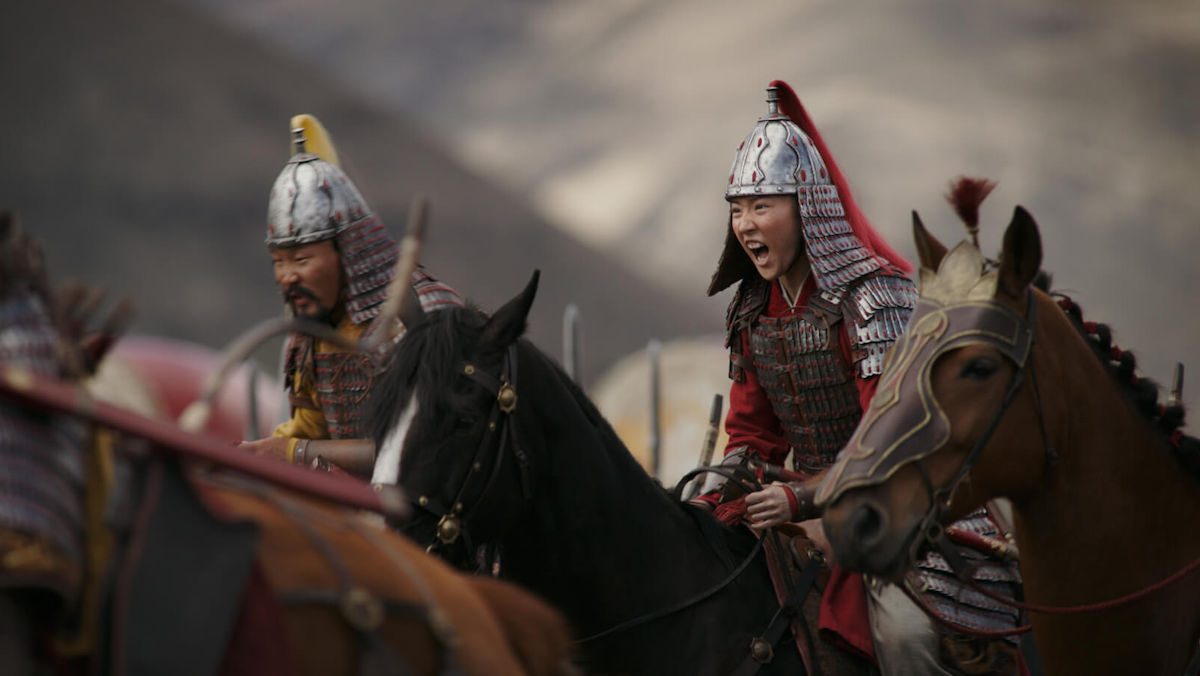 Still, the film is entertaining and visually stunning. The fight choreography and cinematography are absolutely beautiful and it is remarkable to see an all-Asian cast on the big screen in a Disney feature film. Liu is perfectly cast as Mulan. There were many scenes that felt empowering watching her in battle as both Hua Jun and Hua Mulan. She nails the tormented soldier with a secret, and still maintains her femininity while also kicking ass.

Another standout performance from the film came from Mulan’s father, played by Tzi Ma. The relationship between Mulan and her father is key in every interpretation of the Ballad of Mulan. Liu and Ma did not disappoint. Their father/daughter chemistry was so strong and emotional, I began thinking of my own dear father.

Mulan is important for many Chinese and Westernized Asians. Although the film may have its faults, it does introduce the story of Mulan to new audiences that would like to see an Asian woman hero. While Liu may not be my Mulan, she will definitely be another Asian kid’s Mulan, and that’s what really matters.

MISSING Will Leave You Gasping and Dizzy From Plot Twists