One of the most exciting things for nerdy comedy fans of the past several years was when Mystery Science Theater 3000 creator Joel Hodgson announced a Kickstarter for a brand new season of the show. This campaign, in 2015, was so successful it eventually led to a 14-episode season, which premiered on Netflix in April 2017. The following November, a six-episode second season hit the streaming giant. But after that, Netflix ultimately decided to end the series. That seemed like the end, but never count Hodgson out! He’s back with a brand new Kickstarter for more MST3K, this time with a direct-to-fans rollout. 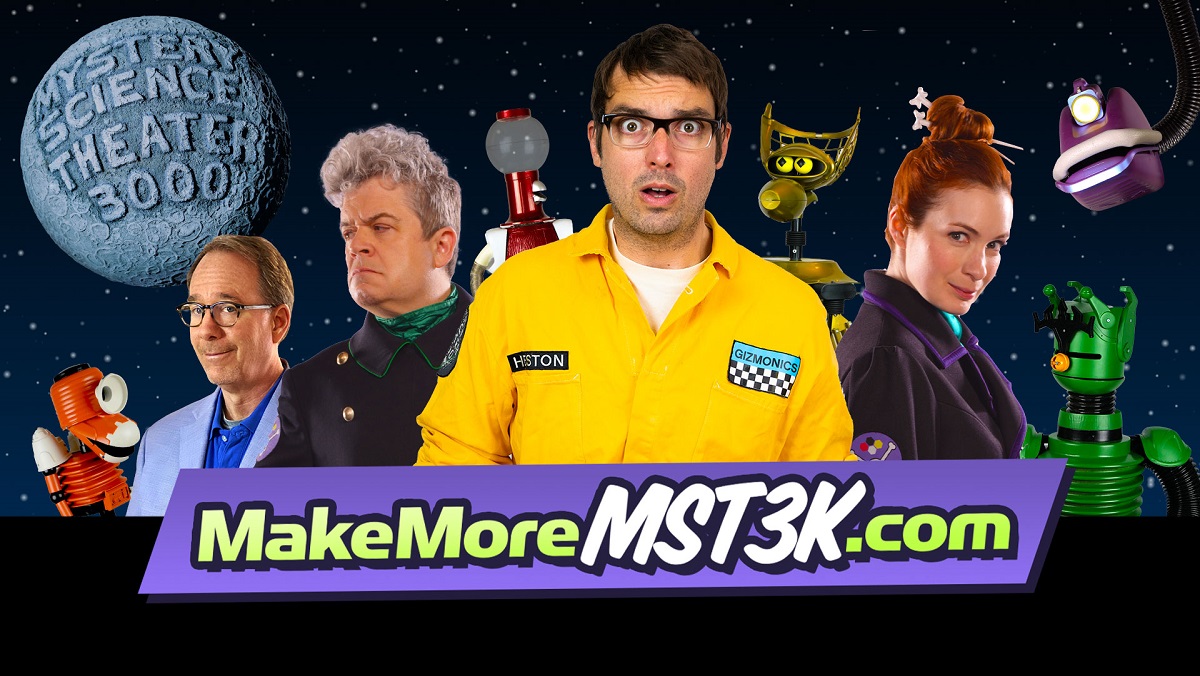 With the aim of launching media platform “The Gizmoplex,” Hodgson wants to cut out the middleman between the makers of the show and the fans. No more will MSTies have to wait for an entire season to drop all at once, as is Netflix’s model; nor will it need to fit neatly into a network’s release schedule. In Hodgson’s new plan, when an episode is ready, it’ll hit the Gizmoplex for fans to enjoy.

“A year in quarantine gave us a lot of time to think, and we realized two important things,” Hodgson’s statement begins. “First, nobody’s virtual Zoom background is as amusing as they think it is. And second, that Mystery Science Theater 3000 is back because it’s what the fans wanted. So, you know, it doesn’t make sense for a network to decide the show’s fate after each season.  That should be up to the people we’re making the show for. We want our fans to decide how long we keep going, and how many new episodes we make each year.”

Through Kickstarter, Hodgson’s plan triggers once the campaign reaches $2 million. That will pay for three new episodes plus the development of the aforementioned Gizmoplex. That is “a new ‘online theater’ where Hodgson and his team can host live episode premieres, real-time watch parties and special live events year-round.”

As one would expect, the amount of episodes will depend on how much money the campaign raises. At $3.3 million, we’ll get a total of six new episodes and the release of new apps that let fans visit the Gizmoplex using mobile and OTT devices; $4.4. million gives you nine episodes; and $5.5. will be a full season of 12 episodes. The top goal will also bring on 12 new shorts as well. $2 million was the starting goal for the original #BringBackMST3K Kickstarter in 2015. As a reminder, that ended up raising $5,764,229, the most of any production campaign at the time. So it’s definitely nit out of the realm of possibility to get $5.5 million.

In addition to not letting a network or service dictate if there are more episodes, Hodgson also wants to assure fans that they’ll get new episodes faster, without as much hiatus.

“Back in the day, each new episode of Mystery Science Theater 3000 was kind of an event to look forward to, and you could discover it with your family or friends,” Hodgson notes. “So, we’re pretty excited by the idea that each new episode can become this kind of ‘communal event’ again. Also, we’ve got a lot of fun ideas to make our virtual theater, The Gizmoplex, feel different from any other place you can watch MST3K online.”