Tabletop games, like video games, don’t generally make good movies. In fact, it’s easier to adapt a movie into a board game. Still, that hasn’t stopped Hollywood from trying, however. So, today, we’re ranking the few attempts that have been made to put board games to film.

5. Jumanji & Jumanji: Welcome to the Jungle 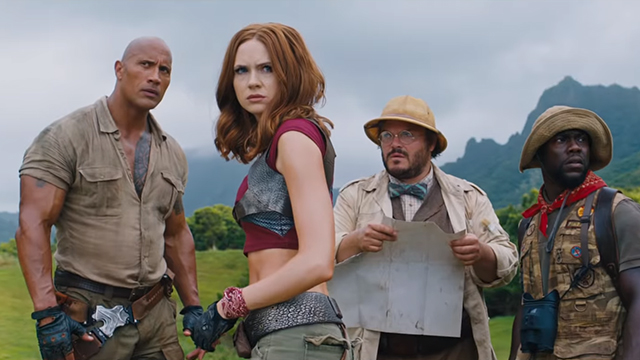 In the original Jumanji, Robin Williams does what he did for most of the 90s, discover his inner child. The film brings the jungle to the suburbs with impressive-for-its-time CGI (except for those awful monkeys), while Alan works out his daddy issues with the big-game hunter, Van Pelt, that you didn’t realize was played by the same actor who played Alan’s father until you were already an adult. Because Jonathan Hyde is just that good. The sort-of sequel Jumanji: Welcome to the Jungle featured only the loosest of connections to its predecessor. In this iteration, Jumanji is a video game instead, that sucks players into its virtual jungle world. Dwayne Johnson, Jack Black, Kevin Hart, and Karen Gillan play the avatars that the teenager players chose, and it kind of works. Jack Black makes for a surprisingly heartfelt teenage girl. Kevin Hart, as the high school quarterback, gets to keep making short jokes about himself. And Karen Gillan and The Rock as insecure nerds are all of us. The movie overall suffers a bit from an oversized and somewhat meandering plot, but the out-of-character performances carry it.

These two movies together would probably rank near the top of a list of board-game based movies (though for very different reasons). There’s just one problem: The board game came after the movie. And the game isn’t very good, either. If we were sticklers for the rules, then they wouldn’t even be on this list, but rule of cool and all that. We’ll split the difference and place them last. 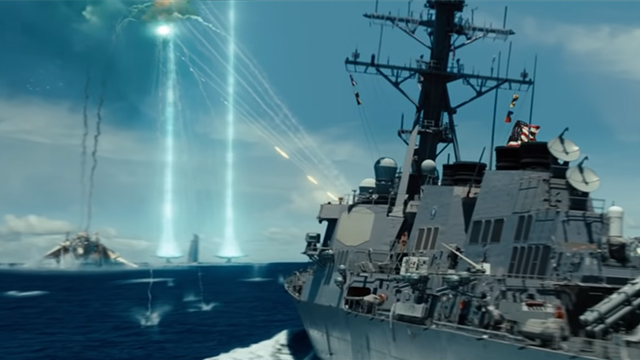 If it weren’t called Battleship, you’d be forgiven for assuming the film had nothing to do with the game it shares a name with. The “story” of the game—insomuch as there is one—features two navies firing on each other. The “story” of the movie—insomuch as there is one—features two Navy teams conducting a war game with each other…and then aliens show up. It’s entirely unclear what aliens have to do with Battleship the game, but it’s as good of an excuse as any to use actual, honest-to-god pegs as weapons. This film feels like it should be a so-bad-its-good kind of movie, and it is for about the first 15 minutes, but it quickly becomes a Jackson Pollock of Transforms-esque action, splattering explosions across an otherwise formless story that you’ll barely remember after you’re done. 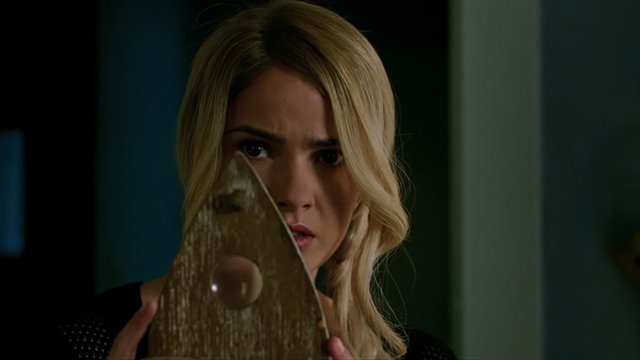 Is it right to call this a cinematic universe? Is it even right to call Oujia a tabletop game? We have no idea, but we’re gonna run with it. The 2014 film Ouija, based on the “game” you played at slumber parties as a kid, follows a pair of sisters who accidentally unleash evil spirits because they didn’t follow the rules. Let that be a lesson from Hasbro: always follow the rules. The movie, likewise, strictly follows virtually every horror trope in the book, from characters being dragged across the floor, to a possessed character silently facing a wall, Blair Witch-style. It was almost universally reviled. But brand power pays off, as the film made over 20x its budget back at the box office, prompting a prequel which also made a respectable amount of money. We get the movies we keep paying for, apparently. That might not sound like much to base a cinematic universe on, but if you squint, you can almost make the argument that it exists within the Exorcist universe. You remember that movie also featured a Ouija board, right? Since Hasbro hasn’t yet confirmed that Ouija, Battleship, and the many other in-development board-game movies exist in the same universe, we’re going to go with this connection instead. 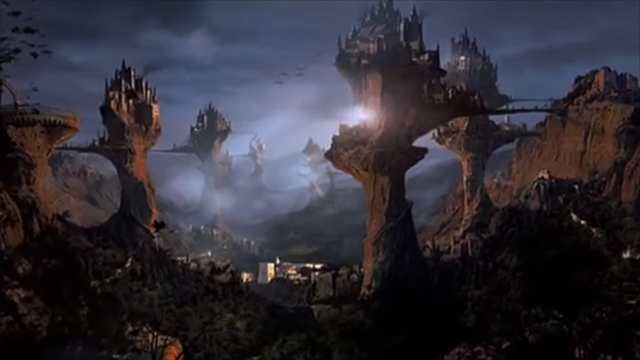 In the late 90s, New Line Cinema was preparing to distribute an epic fantasy film series based on a beloved franchise that geeks had quietly obsessed over for decades. It finally arrived in 2001 to make all of the money and win all the awards. That series was Lord of the Rings. But one year prior to the first film’s release, New Line put out another film based on a beloved fantasy franchise. The 2000 film Dungeons & Dragons did not do as well, plagued by hammy acting (we love you Jeremy Irons, but you know what you did), a goofy script, and a very tenuous connection to the game. And yet, it’s endearing (in a Jupiter Ascending/Battlefield Earth kind of way). It may not be good by any definition of the word, but you at least have fun watching it. Its effects are worse than Battleship, and its story is sillier than Ouija, but so far it’s the most likely to accidentally entertain. 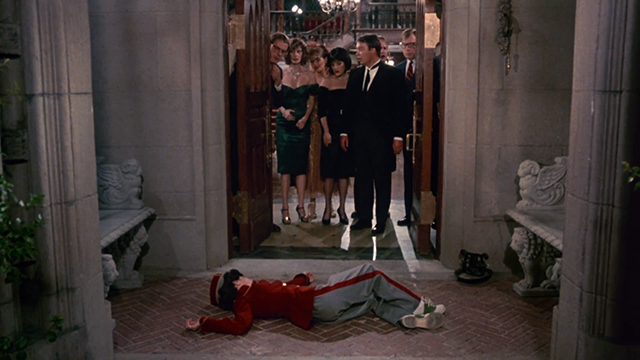 The position of all the other movies on this list could be argued, but Clue undeniably deserves the top slot. The retrospectively star-studded cast features Tim Curry, Christopher Lloyd, Madeline Kahn, and more giving the comedic performances of a lifetime. It’s a cheesy whodunit that knows exactly what it is. Its most notable characteristic, though, was its multiple endings. Three separate endings to the movie were filmed and, during its theatrical release, different theaters received cuts with different endings. If you watched the movie in New York, you might see a different version than someone who saw it in California. For the home release, all three versions were included, so you can enjoy every single moment of Tim Curry you can.

Are there any other movies based on tabletop games we missed? Are there any games that should be turned into a movie? Let us know in the comments below!