MONSTER HUNTER Posters Have Us Hot Under the Collar - Nerdist

MONSTER HUNTER Posters Have Us Hot Under the Collar

If you’re a fan of RPGs, monsters, or smash Capcom games, then you’ve likely already played one of the beloved Monster Hunter entries. Spanning five core games and whole bunch of spin-offs, the wildly popular series makes you the titular monster hunter and has been a world-wide phenomenon since it debuted on the PS2 in 2004. The only game that has been more popular for Capcom is Resident Evil, so it should probably surprise no one that the man behind that lucrative film franchise, Paul W.S. Anderson, has been working on a Monster Hunter adaptation. Today we got our very first look at the project.

Just like any Anderson movie, Milla Jovovich is front and center on one of the two posters that were revealed. Her character is a completely new creation called Lt. Artemis who is transported through a portal to the world of the Monster Hunter. Speaking of which, Ong Bak icon Tony Jaa will be taking on the role of The Hunter who helps Artemis and her crew survive the terrifying new world that they find themselves in. 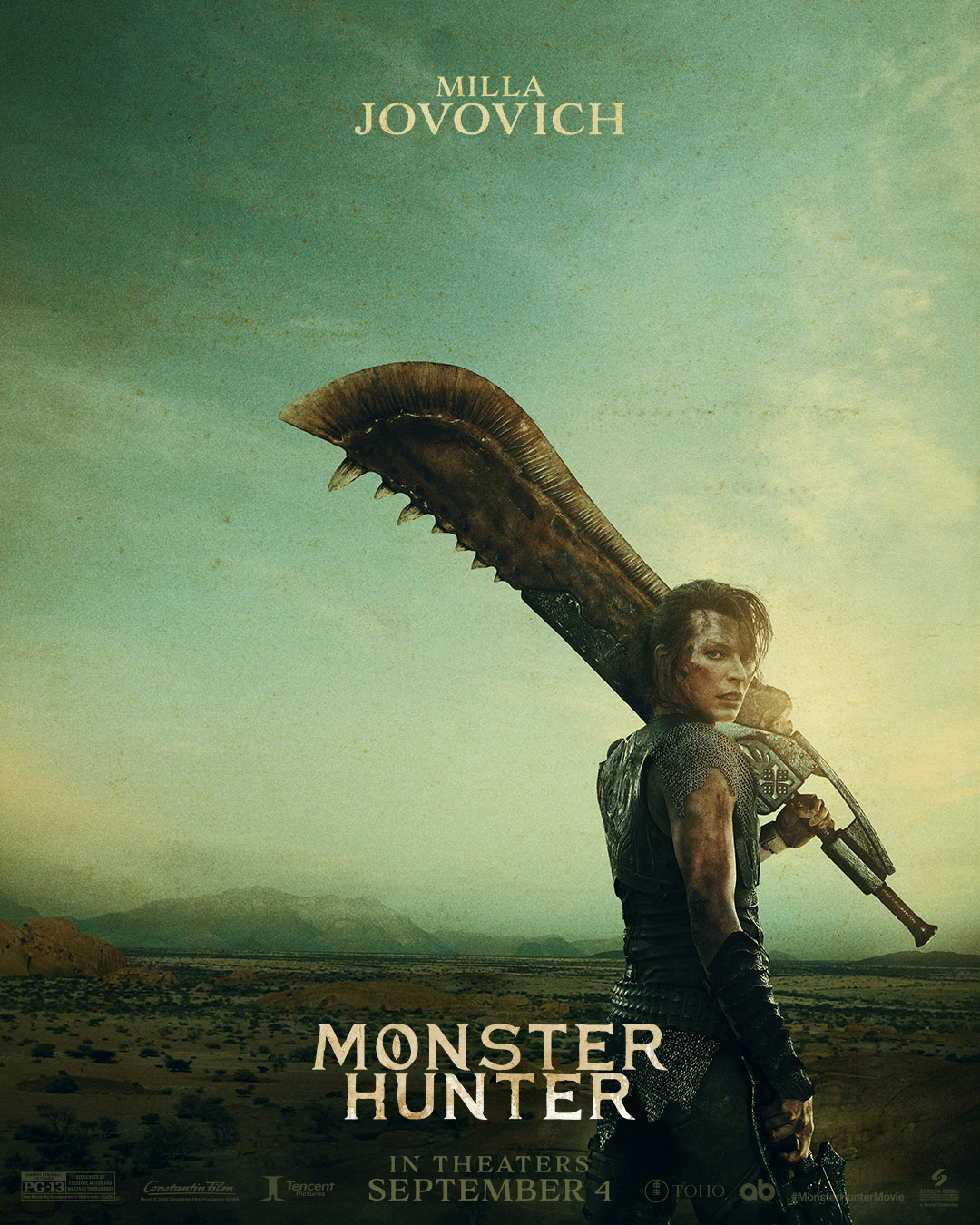 The posters promise a grimy, gritty, and very attractive take on the franchise. Fans will be happy to see the pair wielding iconic weapons from the game. Jovovich’s Artemis holds the instantly recognizable Giant Jawblade, known as a Giant Sword in the games. It’s an interesting choice; in the first still released from the movie, we see Jaa’s Hunter holding it, but this poster promises that action star Jovovich will certainly be hunting some monsters of her own.

The massive bow that Jaa is holding is known as the Great Hunter’s Bow and is another key weapon from the series. The desert location could also be based on the Wildspire Wastes area–one of the many desert locales from the games. 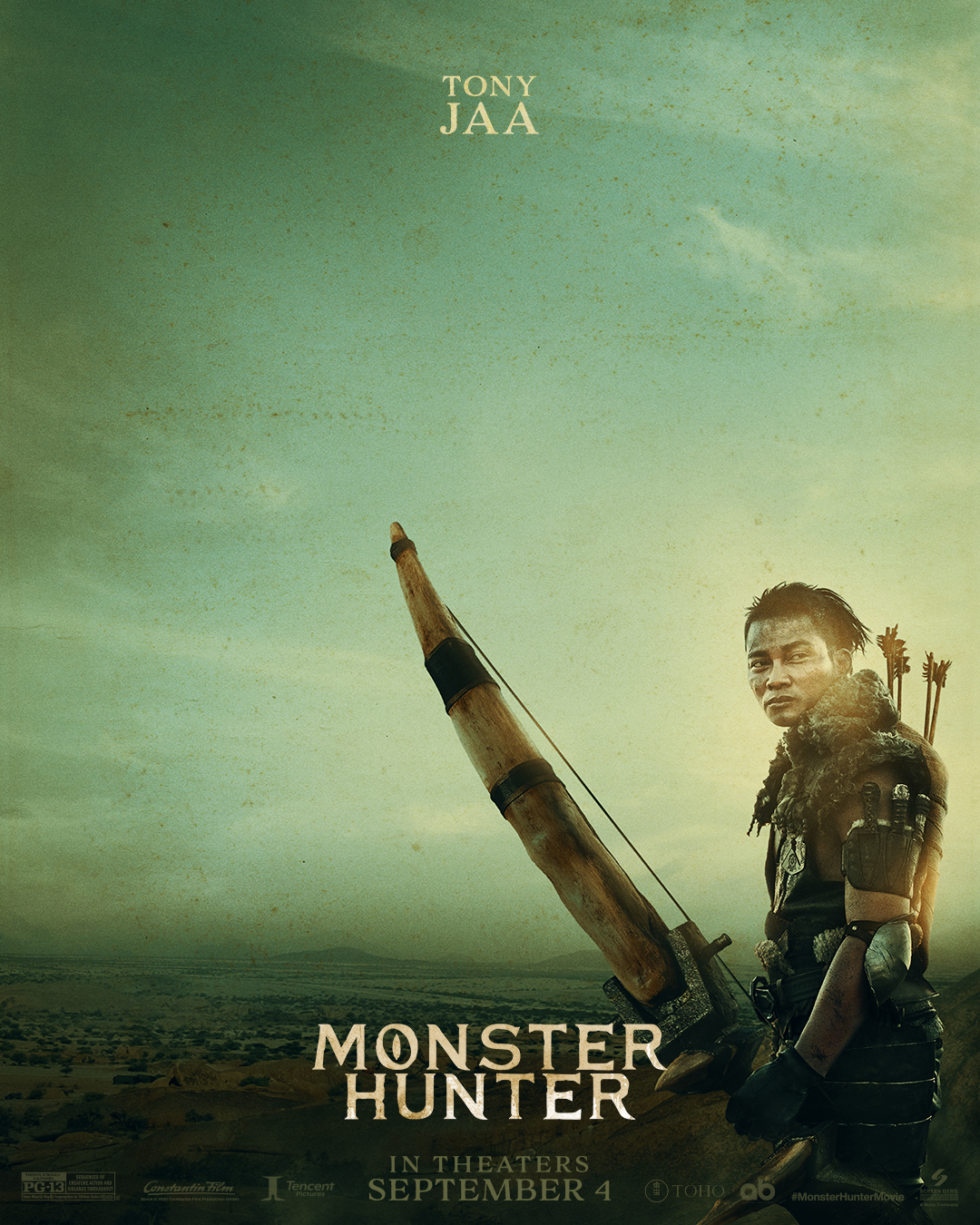 “Behind our world, there is another: a world of dangerous and powerful monsters that rule their domain with deadly ferocity. When Lt. Artemis (Milla Jovovich) and her elite unit are transported through a portal from our world to a new world, they are in for the shock of their lives. In her desperate attempt to get home, the brave lieutenant encounters a mysterious hunter (Tony Jaa), whose unique skills have allowed him to survive in this hostile land. Faced with relentless and terrifying attacks from the monsters, the warriors team up to fight back and find a way home.” 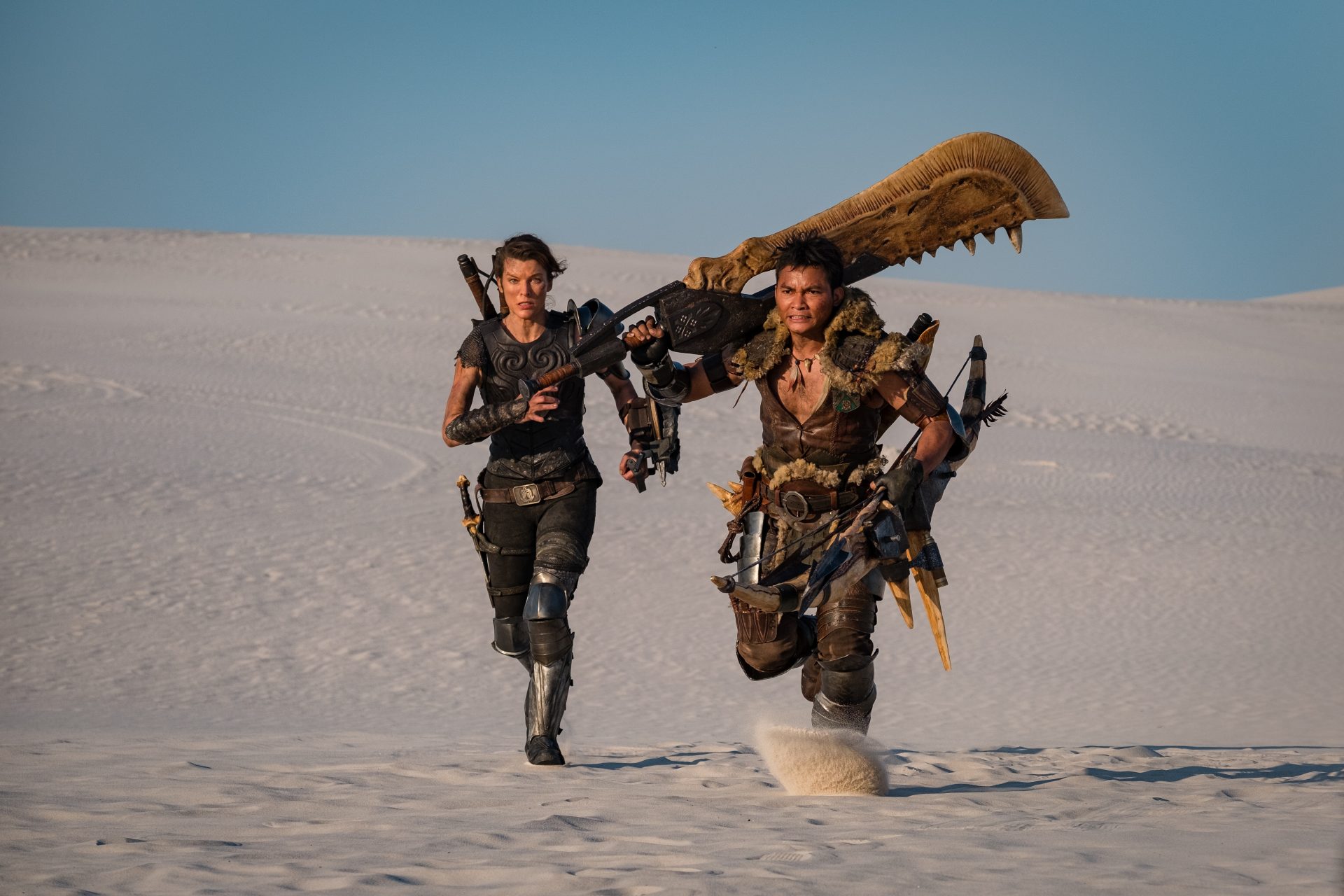 We’re incredibly excited for the Monster Hunter movie, especially since it seems like Anderson is going to great lengths to really make the film feel like it’s set in the world of the games that we love so much. It doesn’t hurt that Paul W.S. Anderson made the iconic ’90s Mortal Kombat movie and that the first two posters Sony released were nothing less than thirst traps for fans of giant weapons, action stars, and pretty photography. So, basically, yes you can count us in for this one.