Purgatory is defined as “a place or state of suffering inhabited by the souls of sinners” prior to their ascent to heaven. And while the term obviously has a religious connotation, what better description than that for The Longest Game Ever edition of Monopoly? Because, as its name implies, The Longest Game Ever edition offers games that seemingly last an eternity. Or until somebody decides to sell their soul for Park Place. 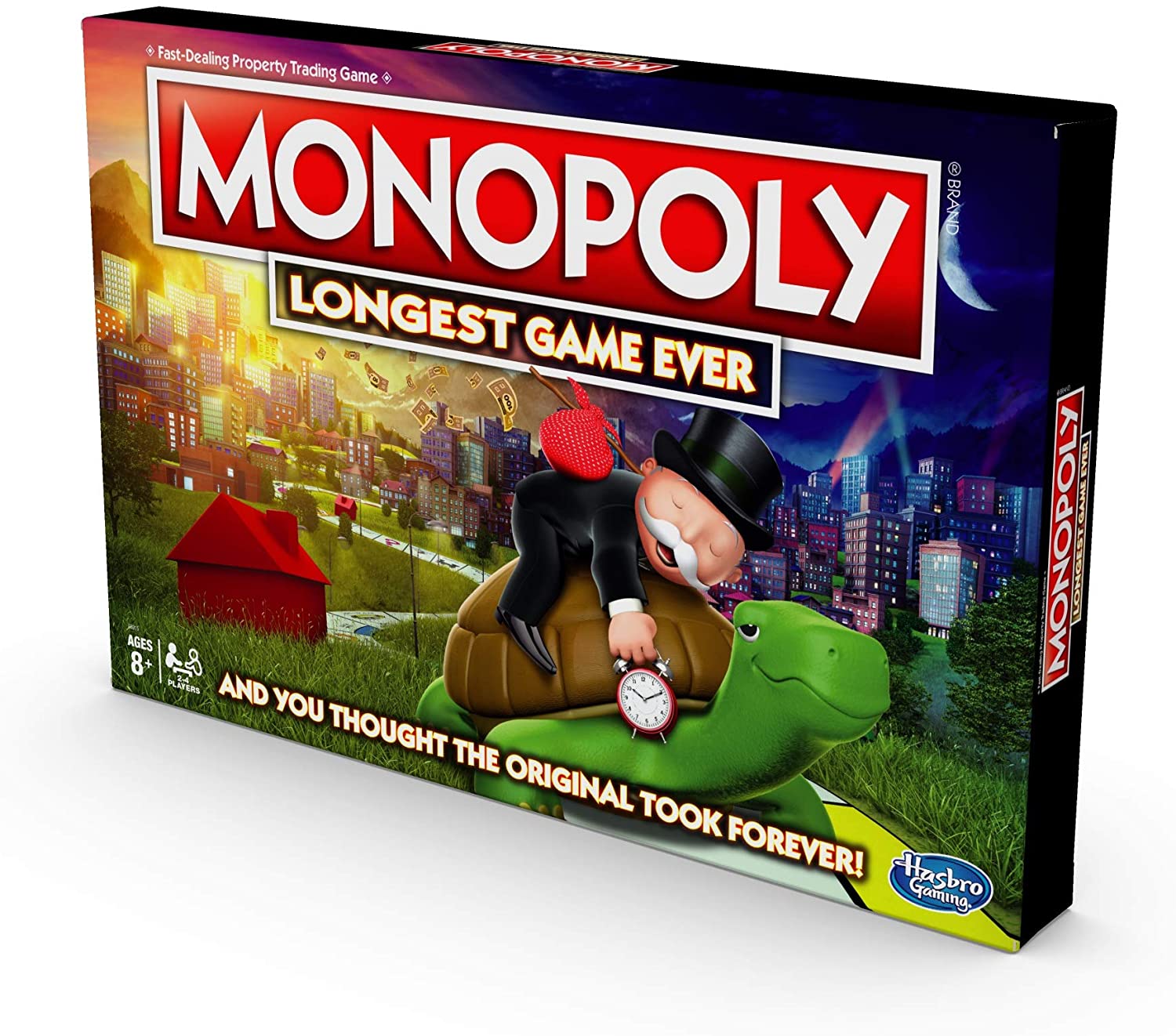 Technabob reported on the kitschy, and potentially maddening, version of the classic board game. Gaming and toy company Hasbro highlights on its site that the $20 game is lengthened in multiple ways, including the addition of 38 properties, as well as the disallowance of property auctions.

On top of those two changes, The Longest Game Ever also only utilizes a single die, and has money players can rip in half to increase total in-game cashflow. (Do we sound business-y? We hope we sound business-y.) In this version of the game, players can also continue playing after bankruptcy, as at least one version of the rules requires potential winners to own every single one of the board’s 66 properties. 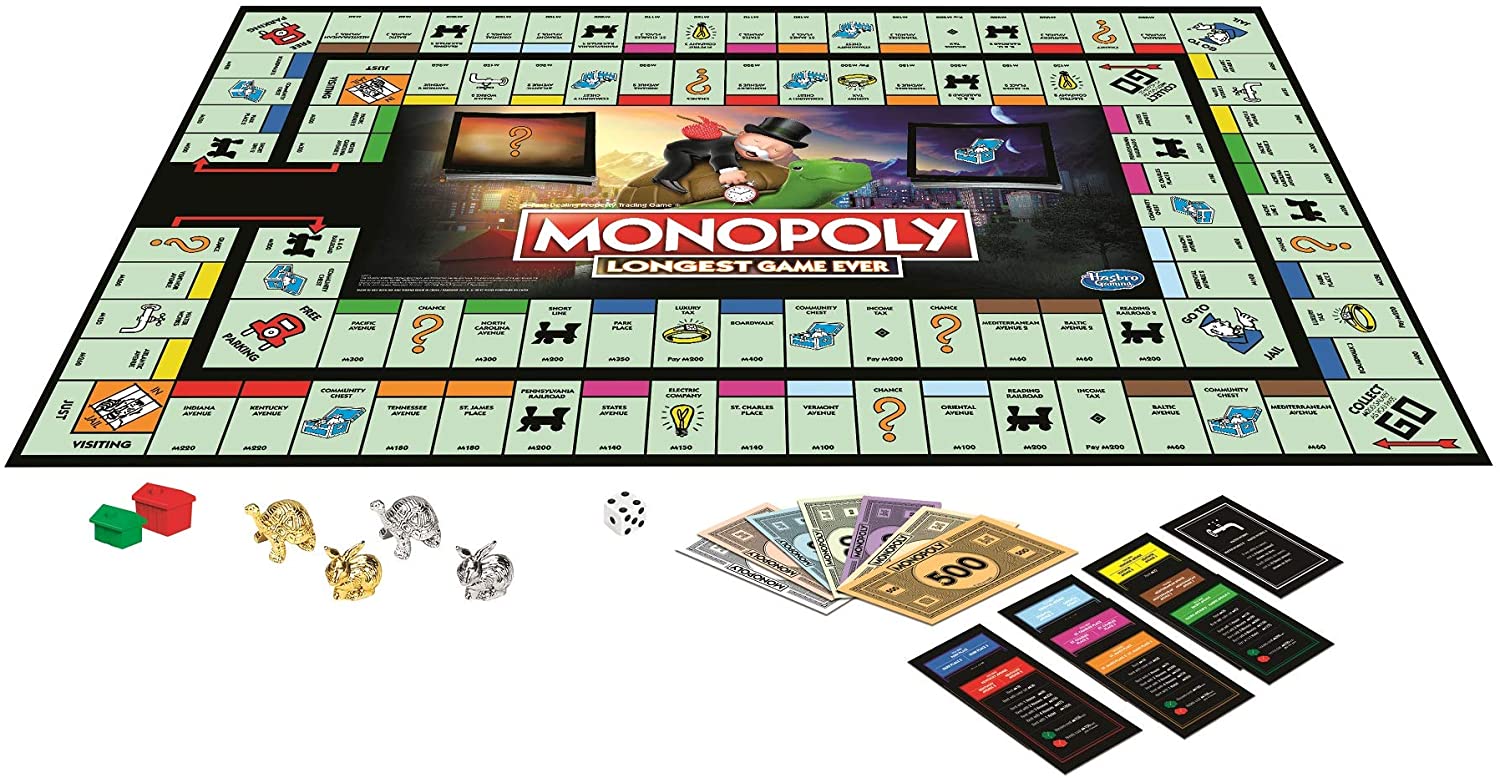 As far as actual playing time people should expect, estimates are unclear. Hasbro doesn’t imply potential runtimes for games, but one could venture a guess based on anecdotal data. For example, this Quora thread contains a lot of people saying their games run from 60 to 90 minutes. Considering The Longest Game Ever has more than double the properties versus the original, it likely lasts—at least—twice as long. And probably much longer considering the rule changes. 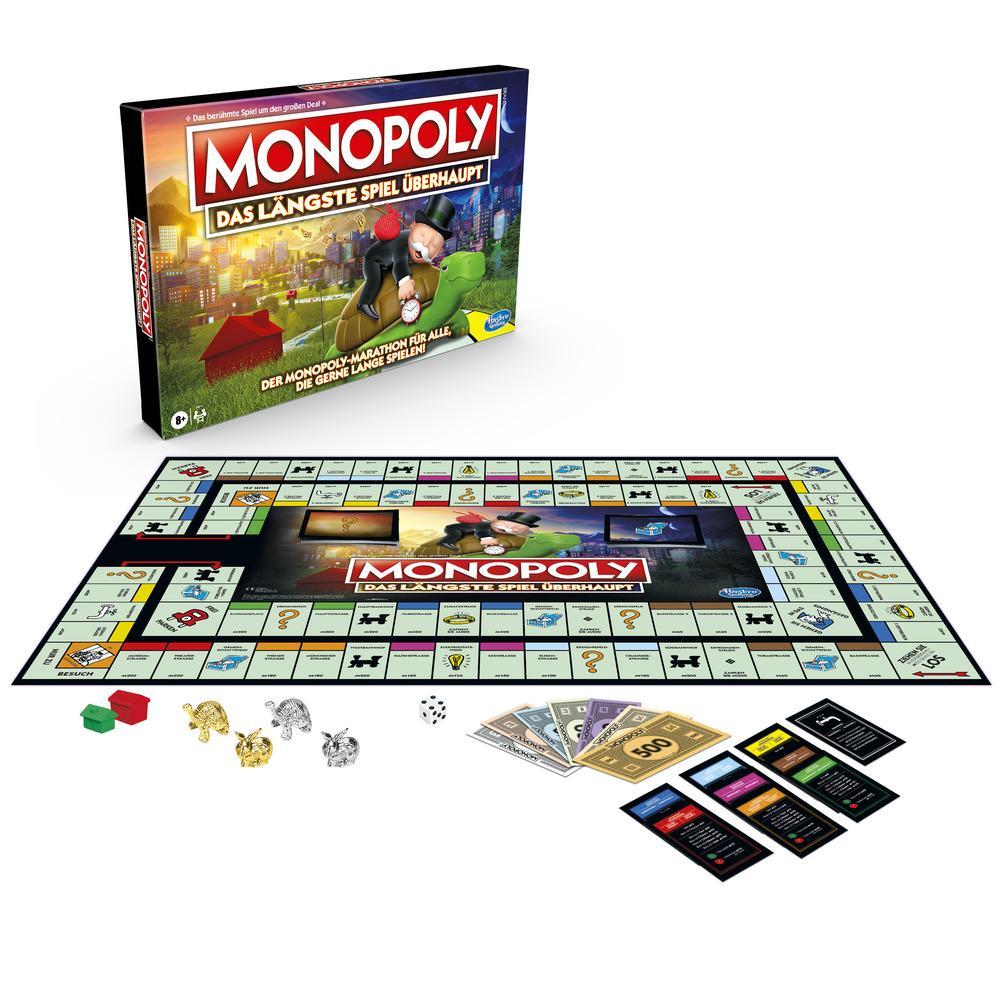 But, perhaps, a board game odyssey lasting four, five, or six hours is exactly what some people need. After all, the term purgatory can also refer to the “quality of cleansing or purifying” something. And, for some sore board-flippers out there, what could be more cleansing than an endless game of Monopoly?