MS. MONOPOLY Attempts to End the Pay Gap With… a Board Game

Monopoly might seem like an outdated board game that only gets dragged out during awkward family get-togethers, but the game is trying to make itself relevant again with Ms. Monopoly, a new edition that centers the action on the gender pay gap.

As the video above shows, this is something that the minds behind Monopoly seem to take pretty seriously, even giving three young female inventors the chance to play the game and gifting them each $20,580 to help them with their innovative pursuits. Over at USA Today Jen Boswinkel, senior director of global brand strategy and marketing for Hasbro Gaming, explained why the time was now for the company to bring the fight for equal pay to the Monopoly board. “With all of the things surrounding female empowerment, it felt right to bring this to Monopoly in a fresh new way… It’s giving the topic some relevancy to everyone playing it that everybody gets a turn, and this time women get an advantage at the start.”

It’s a nice gimmick, though it’s important to note that recently Monopoly has been rife with them, with the release of multiple licensed, joke, and parody versions of the game—including the now discontinued Socialism Monopoly, which was mean-spirited and ignorant to the point of offense (and was taken down in great and brilliant detail over at Polygon.)  So is this just another way for Monopoly to try and curry favor with younger audiences who are less interested in the arguably dated board game? Probably, but it’s also worth looking back at the often forgotten origins of Monopoly which could suggest that the newest iteration isn’t some zeitgeisty money grab but instead a return to form for the misunderstood game. 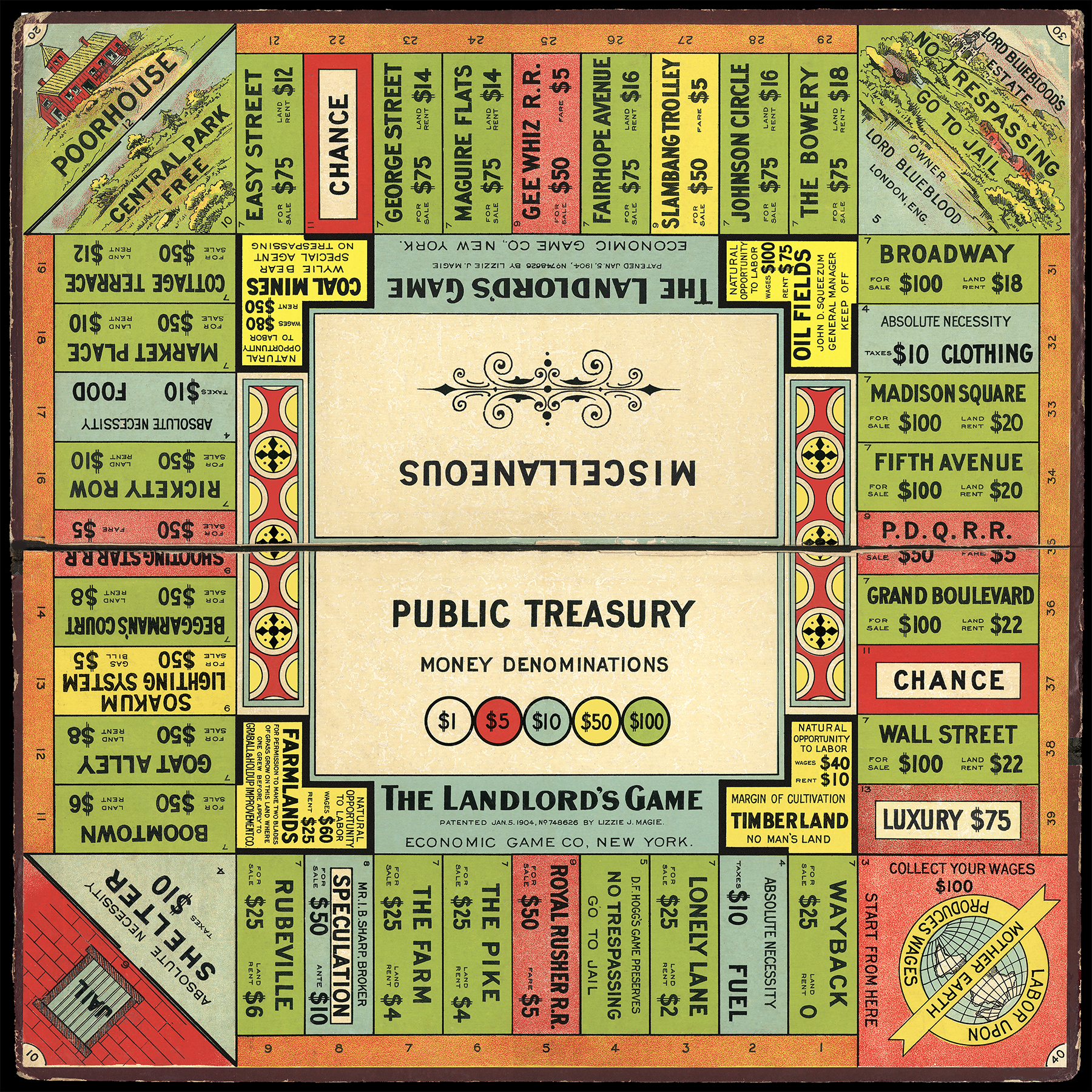 Monopoly began life as the The Landlord’s Game and was invented by Elizabeth Magie, who created the game to be a “practical demonstration of the present system of land grabbing with all its usual outcomes and consequences.” Basically Monopoly began as a way to highlight the exploitation of renters by landlords and landowners. Despite the fact that Magie patented the game in 1904 she eventually sold it to the Parker Bros. in 1935—for a mere $500—who stripped the game of its political roots and created the celebration of capitalism and land ownership that we all know and love. Keeping all of that in mind, there is a chance that Hasbro is channeling the radical roots of the game for this new edition but it feels unlikely. The game appears to ignore the plight of people who don’t identify as women or men, the fact that women of color earn far less than white women, and that trans women of color earn even less than that. And really that celebrating female capitalists is still just celebrating capitalism.

But if you want to buy some Wi-Fi instead of Water Works and celebrate female inventions like the cookie and the bulletproof vest, you can grab Ms. Monopoly at your local Walmart now.