As life has evolved over billions of years, it has exhibited an endless array of forms. Evolution, it seems, has no problem mishmashing disparate traits from disparate animals… often times for gross efficiency. Now, an international team of researchers has uncovered another genomic chimera: a 160-million-year-old pterodactyl with opposable thumbs. And yes, the researchers actually refer to it as a “Monkeydactyl.”

Science News reported on the new “Monkeydactyl” species, which the team has dubbed Kunpengopterus antipollicatus. While researchers have known about the genus Kunpengopterus for a while, antipollicatus—unearthed in China in 2019—is brand new. And earns its name from the term “opposite thumbed” in ancient Greek.

Please, welcome Kunpengopterus antipollicatus! A new pterosaur from the Jurassic of China with a reversed, or opposed, thumb. This is the first such case for a pterosaur. This kind of feature typically correlates to arboreal habits. [1/5] pic.twitter.com/ypw03J7Hsy

“The fingers of ‘Monkeydactyl’ are tiny and partly embedded in [its fossil] slab,” Fion Waisum Ma said in a University of Birmingham press release. Ma, a PhD candidate at the University and member of the research team, added that this discovery “provides the earliest evidence of a true opposed thumb” and that it is from a pterosaur; the species has not exhibited any kind of opposable thumb before.

As for the species overall, it looks like a pterodactyl with a mean beak and a tail with a spade tip. At the end of each one of its front arms is where things get interesting, however, as each appendage has a trio of claws. Two of which would’ve acted as “thumbs,” moving in the opposite direction of the other digits. Allowing the Monkeydactyl to, say, hold onto branches. Or strangle animals.

Rodrigo V. Pêgas from Federal University of ABC in Brazil, another researcher on the team, added in the press release that antipollicatus belongs to a group of dinosaurs from the Jurassic period in China dubbed Darwinopterans. These dinosaurs are unique for their “transitional anatomy,” which plainly shows how evolution affects anatomy. 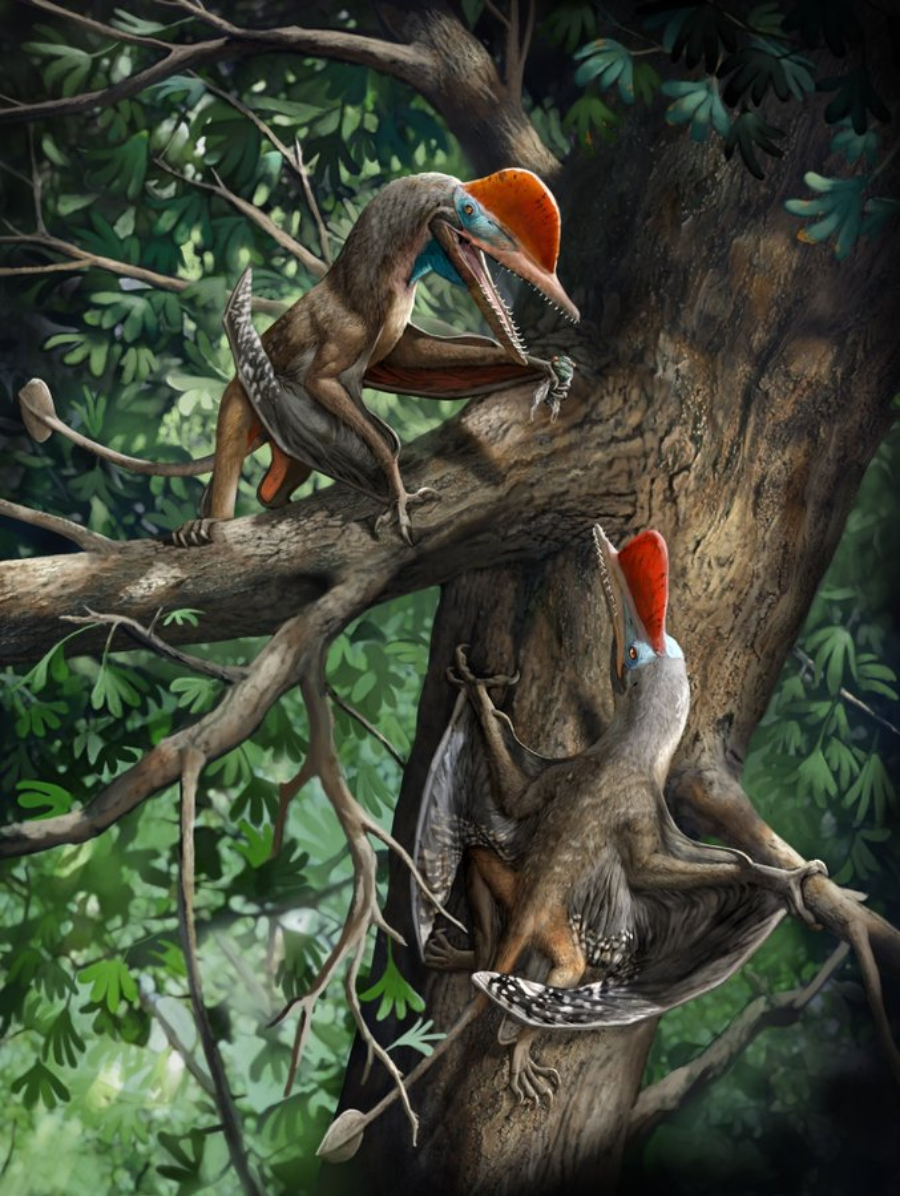 The researchers say in their study describing the Monkeydactyl—published in the journal Cell Biology—that the novel species offers the oldest example of an opposable “thumb” on record. And that the creatures used their adaptation specifically for navigating trees. Which stands as an important development in understanding the early bloom of arboreal communities in Jurassic-period China. As well as an example of just how shameless evolution is about blending different creature sketches.