Ever since Marvel announced that Carol Danvers’ Captain Marvel would be leading her own movie over three years ago, fans have been hoping and dreaming and wishing and praying that the film might also see the cinematic debut of another badass female heroine who once held the mantle of Captain Marvel. Monica Rambeau was a beat cop who, after being bombarded by extra-dimensional energy, gained powers and became the superhero Captain Marvel, later taking on the mantles of Photon, Pulsar, and Spectrum.

She’s fought alongside some of Marvel’s greatest heroes and was a longtime member of the Avengers, eventually becoming their leader after being chosen by Avengers founder Janet Van Dyne. This week, Deadline announced that the breakout star of Spike Lee’s recent She’s Gotta Have It reboot, DeWanda Wise, has been cast to “co-star opposite Larson” in a yet unnamed role in the MCU’s first female-led movie, which is currently slated for release in 2019. So could DeWanda Wise be playing Monica Rambeau? Though her character hasn’t been named yet, the role is being described as a co-starring one, and we have a great feeling about the potential for this to be Monica’s introduction to the MCU. We already know that the movie will star at least two versions of Captain Marvel, with Jude Law cast as Mar-Vell, the original mantle holder and a Kree alien who saves Carol Danvers after she’s caught up in an explosion of a Kree device that eventually gives her superpowers. The addition of Monica Rambeau’s Captain Marvel would make sense, as the film is clearly working with the knowledge that there’s been more than one hero who’s held the mantle.

Though their paths rarely cross in the comics, we know that the MCU is built from concepts taken from Marvel rather than direct storylines. From what we know about Captain Marvel, Monica’s addition would make a lot of sense. The movie will be set in the ’90s and feature a heavy sci-fi influence, with rumors stating that Carol Danvers will be in space, possibly even battling the Skrulls. Rambeau’s powers to shift between energy wavelengths and fly at near light speed would make her an exciting prospect in an all-out outer space romp, a perfect companion or even mentor to a burgeoning hero like Carol. Her role as the leader of the Avengers would also make her a great addition, seeing as the version of the famous team we all know and love will likely be disbanding after Infinity War. This would be a perfect time to introduce a new potential leader, especially as Marvel will be introducing the woman who gave Monica the mantle—Janet Van Dyne—in Ant-Man and the Wasp. It doesn’t just make sense story-wise, but also on a business level. Ryan Coogler’s Black Panther is arguably one of the most anticipated Marvel movies since Avengers. When the trailer dropped it garnered 89 million views in 24 hours, making it (at the time) the third most popular MCU trailer after only Civil War and Thor: Ragnarok. With the recent announcement that seven time Grammy winner Kendrick Lamar will be producing and curating the soundtrack, excitement is only building for this landmark film.

Black Panther‘s vision of a superhero world focused around blackness and the futuristic landscape of Wakanda is revolutionary in comparison to the homogenous superhero films Hollywood’s put out over the last decade. It would be a huge statement of intent to cast a black female superhero alongside Brie Larson, proof that Marvel is dedicated to diversifying their films from here on out. It would also recognize the legacy and importance of Monica Rambeau, the first and only—until 2011—black woman to join the Avengers, and the only one to ever lead them. 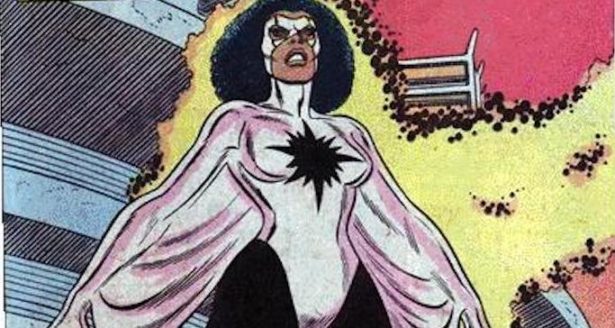 One of the most exciting things about this potential addition is the chance for some much needed inclusive representation in the Marvel Cinematic Universe. Monica would be a fantastic addition to the big screen world of Marvel, as well as potentially opening the door for another fan fave to join the team. If the filmmakers behind Captain Marvel are committed to make this a film exploring superhero mantles and the idea of legacy heroes, it would make a lot of sense for it to be the place where Marvel finally does something else that fans have been dreaming of: introducing the newest Ms. Marvel, Kamala Khan. Maybe that’s a dream too far, but now Marvel have cast their first Black female co-lead so anything is possible…

What do you think about Monica Rambeau joining the cast of Captain Marvel? Can’t wait for her to make her big screen debut? Just excited to see DeWanda getting more big roles? Let us know in the comments!