If you’ve played any kind of flight simulator before, you know using a joystick is way more fun than using any other kind of controller. Certainly, more fun than a console controller, which is disconnected from the look and feel of a real cockpit. Now, however, YouTuber-slash-engineer, Akaki Kuumeri, has made an Xbox controller that can pull off both handheld forms. And he did it with only a series of 3D-printed plastic parts and some glue.

Gizmodo first picked up on Kuumeri’s unique controller. This 3D-printing aficionado created an ideal at-home flight sim joystick. In the video above, Kuumeri shows how he 3D printed all of the parts necessary to transform the console controller. He also demonstrates how sweet the stick is at delivering a very IRL experience. 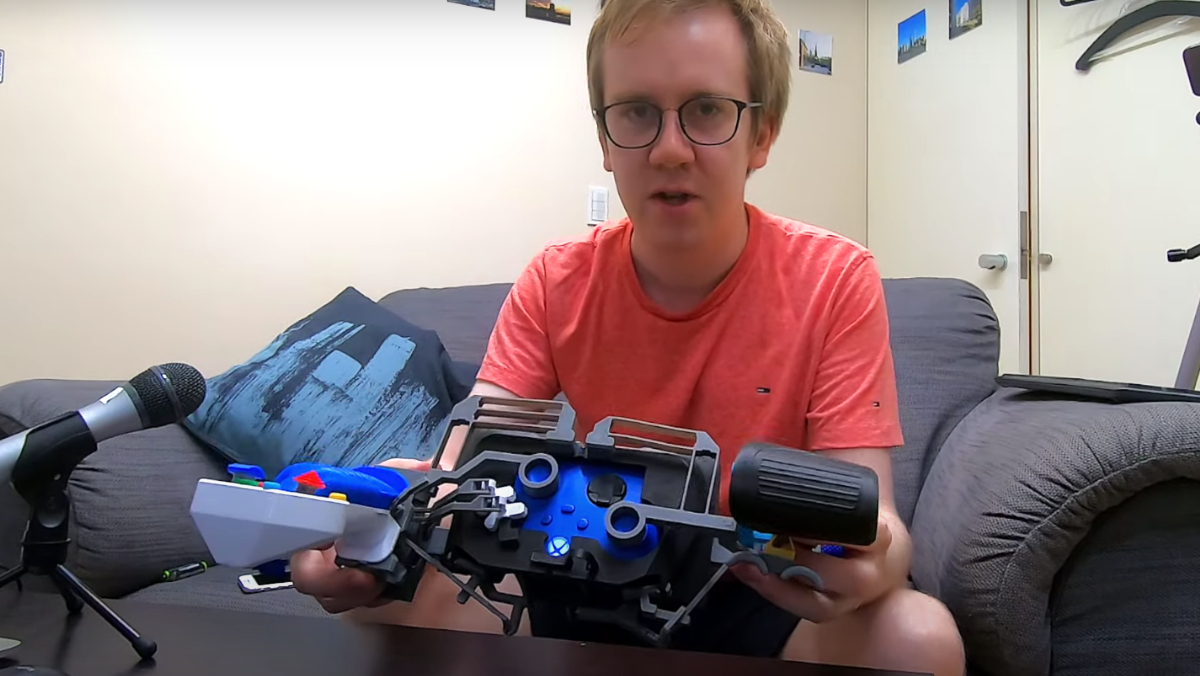 As Kuumeri shows, he created his joystick by 3D printing plastic linkages and the actual joystick itself. He also printed all of the necessary buttons and springs. The latter of which, incredibly, Kuumeri made out of PLA (or polylactic acid) plastic as well.

Kuumeri assembles the exoskeleton of parts on top of a standard Xbox wireless controller. He also demonstrates how the joystick manages to deliver the tactile sensations of a flight simulator controller while only manipulating buttons that fingers would otherwise. This means the standard Xbox controller doesn’t need to be dismantled. Nor is there any messing about with electronics or other sensors and signal producers required. 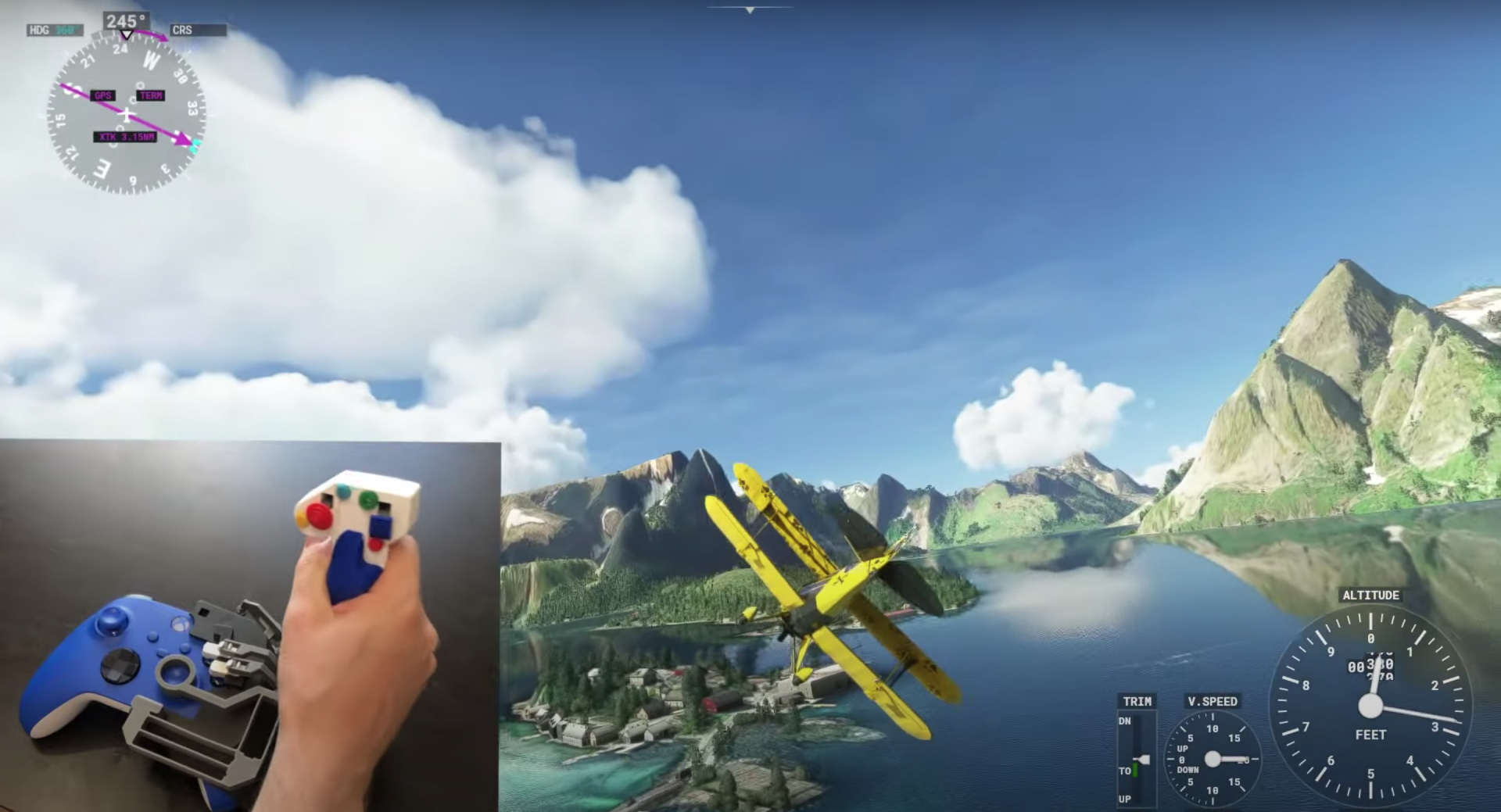 As for the end product? It obviously works incredibly well. Kuumeri offers a demo of the controller by playing Microsoft Flight Simulator, and his contraption is flawless from the get-go. The engineer even adds on a throttle control at the end of the video. Although that add-on, unlike the joystick, is not available as a series of downloadable files on Etsy. Even if it were, though, we’d still probably have more trouble 3D printing all of this stuff on our own than flying an actual plane.