For a game that’s been around a long time, Microsoft Flight Simulator sure does see a lot of excitement! Those on the edge of their pilot’s seat in anticipation of its new racing expansion, Reno Air Races, now have something new to enjoy. Creator Illogicoma – The Vods has the perfect creation, which we first saw on IGN. Using a set of mods, Illogicoma was able to take tracks from Mario Kart 8 and insert them into Microsoft Flight Simulator.

While the courses aren’t playable as they would in Mario Kart proper, Illogicoma manages to recreate the experience of the game. The courses also have rings that can be flown through with a plane. It really is a wonderfully immersive experience to see the familiar tracks emerge from the clouds. The Mario Kart portion of the video begins at the time stamp, 3:26:32.

The mods required to do this at home are not yet available. Illogicoma shares a bit more about how they built the mash-up in a tweet. They also share:

Regarding the mod, and whether or not it will get a release: It’s tentative. I really wouldn’t be happy releasing it in the current state (it wasn’t actually built as a proper package – we loaded from source) and I don’t have masses of time to spend on it, but I would like to see about making this a bit more polished and maybe adding some more tracks. Never say never, but don’t expect a big drop anytime soon. 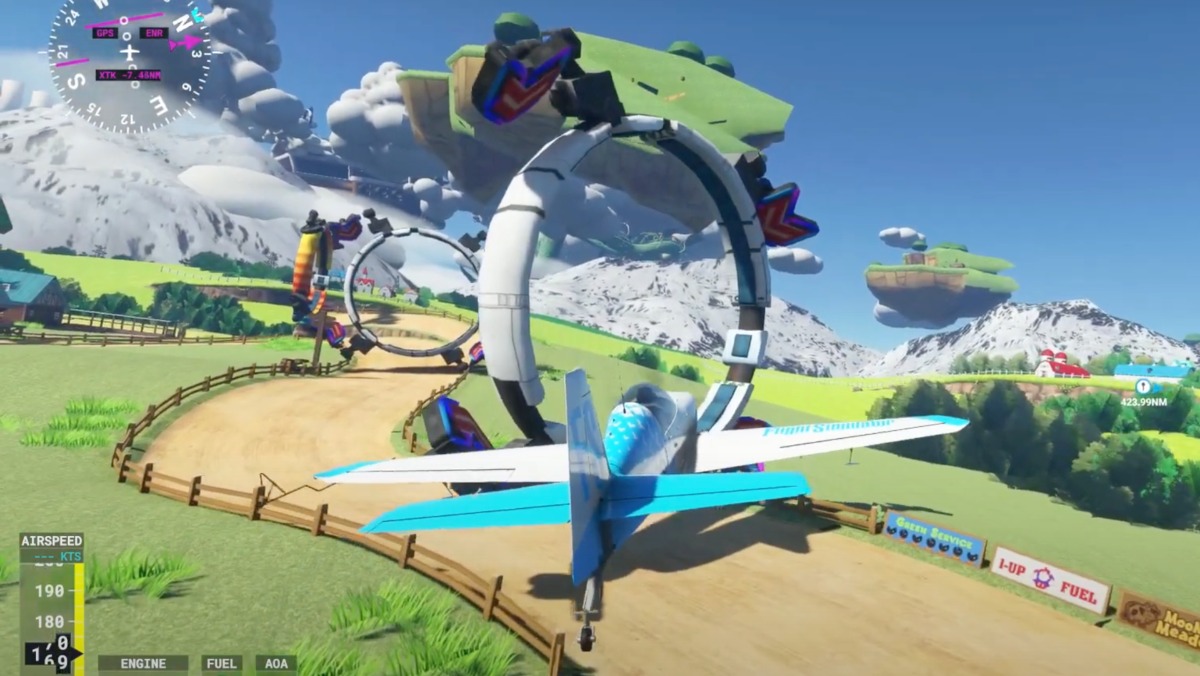 But what you can expect is to be thoroughly entertained watching planes traverse Mario Kart terrain. Tracks shown in the video include Mount Wario, Shy Guy Falls, Moo Moo Meadows, Rainbow Road, Cloudtop Cruise, Mute City, and Bowser’s Castle. The streamers even provide the appropriate music for each location. For those of us who always fall of the edge of Rainbow Road, this is one satisfying video.

Though the plane doesn’t exactly move at top speed, for now, we’re already imagining the post-expansion possibilities. Once racing is an actual feature of Microsoft Flight Simulator maybe we can actually have full-on Mario Kart plane races!