In late 2020, scientists observed spiders building webs in microgravity. (There may even still be some webs aboard the International Space Station.) Now, in an unrelated experiment, researchers have translated the vibrations of spiderwebs into music. And while the two experiments have no connection, we can’t help but think the haunting music from the latter research effort makes for the perfect soundtrack for the former one.

SciTechDaily reported on the creepy, Philip Glass-ian spidy music, which a team of MIT researchers developed. Markus Buehler, a Professor of Engineering at MIT, led the team, and told SciTechDaily he began the project after wondering if he could create rhythms and melodies based on materials of non-human origins. E.g. spiderwebs.

“The spider lives in an environment of vibrating strings,” Buehler told SciTechDaily. “They don’t see very well, so they sense their world through vibrations, which have different frequencies.” Indeed, these vibrations are key for spiders, as they, say, alert the arachnids to the impact—and struggle—of stuck prey.

Using these vibrationally varying strings, Buehler and his colleagues created the “spiderweb sonification” video above. To make the web visualizations, Buehler et al. scanned natural webs with a laser to capture two-dimensional cross-sections. They then used computer algorithms to reconstruct the webs in three dimensions. 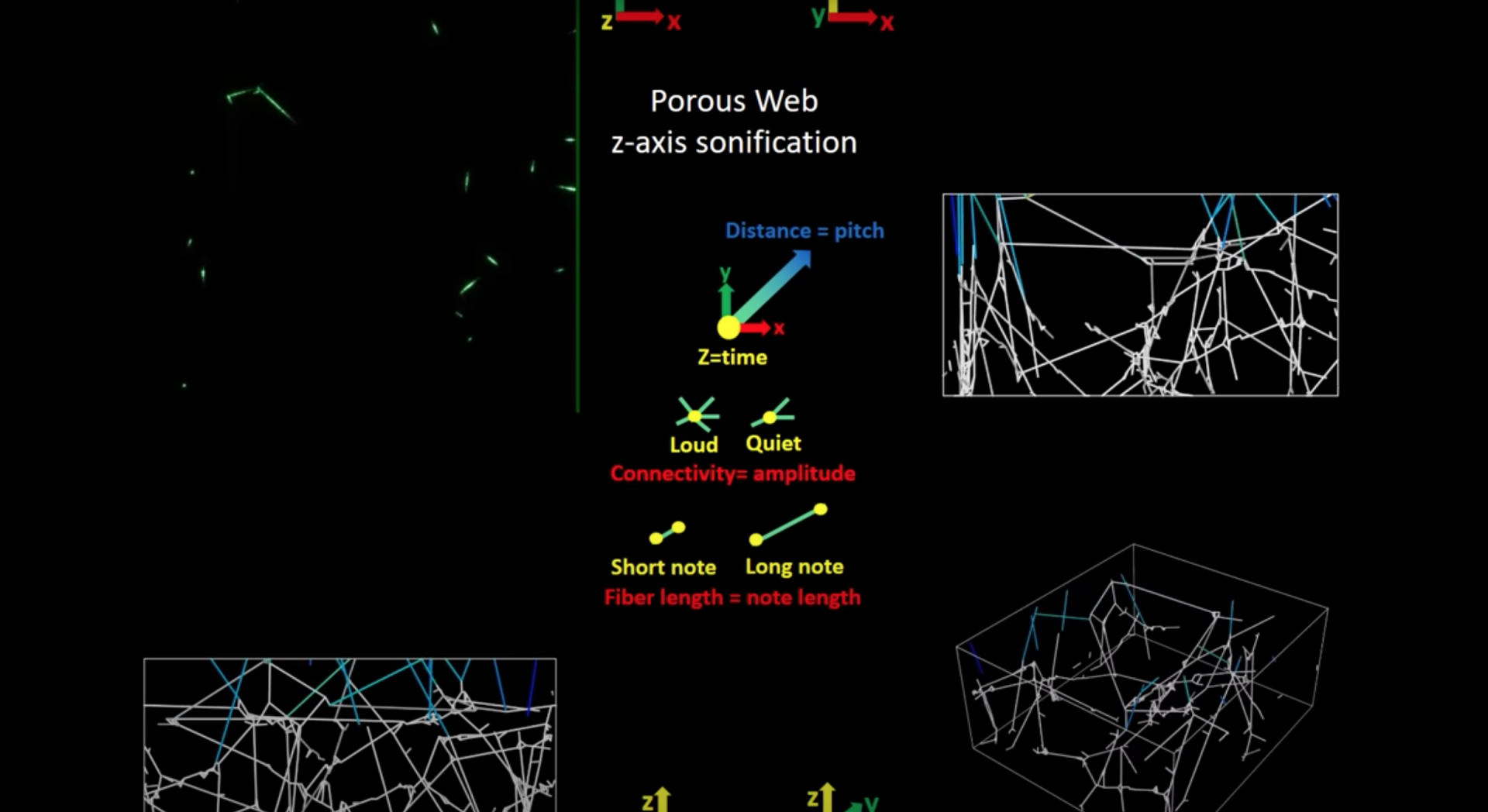 To make the “notes,” the team assigned different sonic frequencies to different strands of the 3D web based on the strands’ natural frequencies. Then, using a harp-like instrument, the researchers played the notes simultaneously to generate melodies. Although “melodies” may be a bit generous in this case. (The “music” sounds like a lullaby for Shelob from Lord of the Rings.)

“Webs could be a new source for musical inspiration that is very different from the usual human experience,” Buehler told SciTechDaily. Now, the goal is to not just make more creepy music, but also gain new insights into the architecture of spiderwebs. And, apparently, allow people to explore spiderwebs in the VR world. While listening to the haunting music. Which makes it sound like if the experience were set in space and 90 minutes long, it could be a contender for best space-horror film that’s actually just a horror.