There are two things life can’t get enough of: mating and eating. In a perfect, yet twisted, display of that fact, a team of scientists says it’s discovered that the imperial cone snail uses fake versions of its prey’s own pheromones to lure it in as a snack. Which, unfortunately, is as gross as it sounds, in part because the prey are worms. And also because of everything else involved in this unfortunate display of the miracle of life. 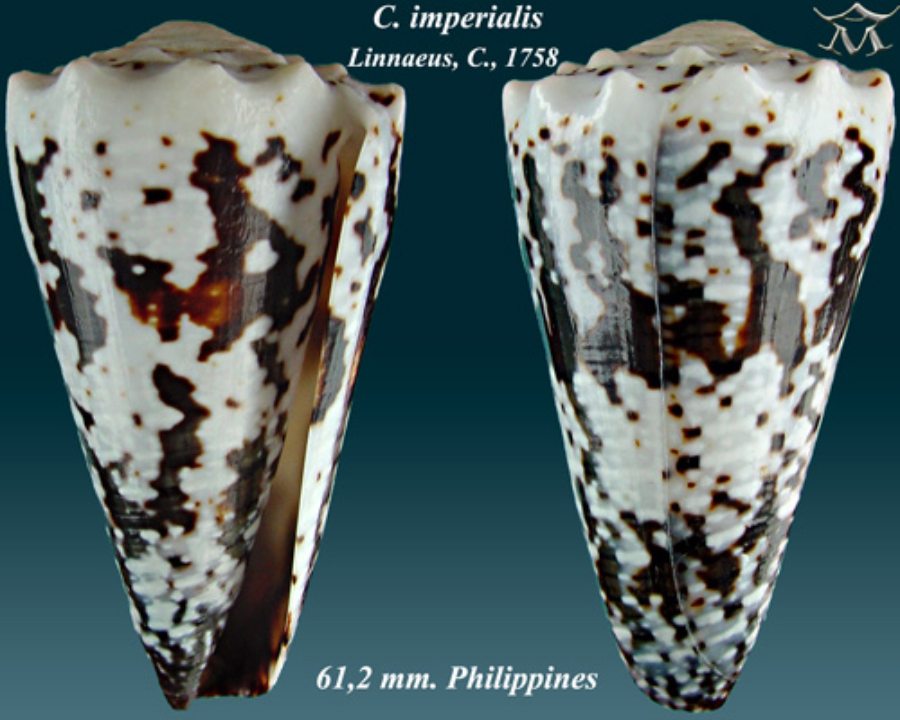 The Smithsonian Magazine reported on this weird snail discovery, which the team of scientists—at the University of Utah—recently published in the journal Science Advances. The scientists responsible for the study say that while there’s plenty of past insights into the peptides in cone snail venom, this is the first time “small molecules” have been characterized. (Peptides are chains of amino acids.)

Upon inspection, the scientists have found that these small molecules (which make up chemical compounds) from the venom glands of the imperial cone snail mimic those in the pheromones of its worm prey. Specifically, the molecules mimic the shape of ovathiol A; a compound which male marine worms use to lure females from their hiding places. The imperial cone snail’s venom also contains the chemical compound, genuanine. Genuanine mimics the molecule urate, which female marine worms release to entice males to release their sperm. 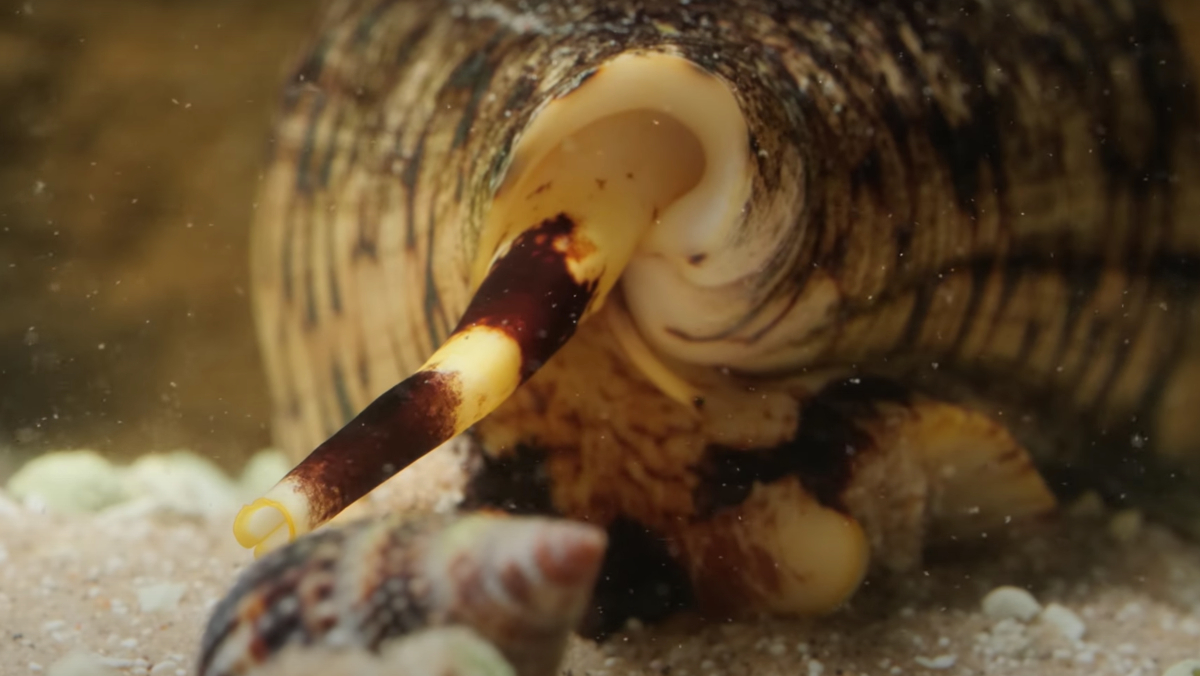 The scientists confirmed the fake pheromones work to inspire the marine worms by releasing them on worms in a lab. And they suspect this is part of the reason the snails put on such an unforgettable show when eating.

Speaking of which, below is an unrelated PBS Digital Studios video from 2018 offering an overview of cone snails. And while it’s not specific to the imperial cone snail, it does give a sense of how the genus hunts. Note that the venom inside the “tiny harpoon,” itself inside the snail’s proboscis, contains the faux pheromone-laden venom.