Few things are as existentially terrifying to me as the idea of traveling through the void of space. The sheer speck-of-nothingness that is human existence when compared to the Earth deeply upsets me. Even just the idea of floating forever; it is petrifying if you think about it too much. Movies have definitely given those of us who for whom space is both fascinating and horrifying a lot to chew on. Space horror shows us there’s pretty much nothing not to be afraid of; if there’s nothing out there but us, it’s terrifying, and if there IS something else out there, it’s terrifying. Dammit, movies. 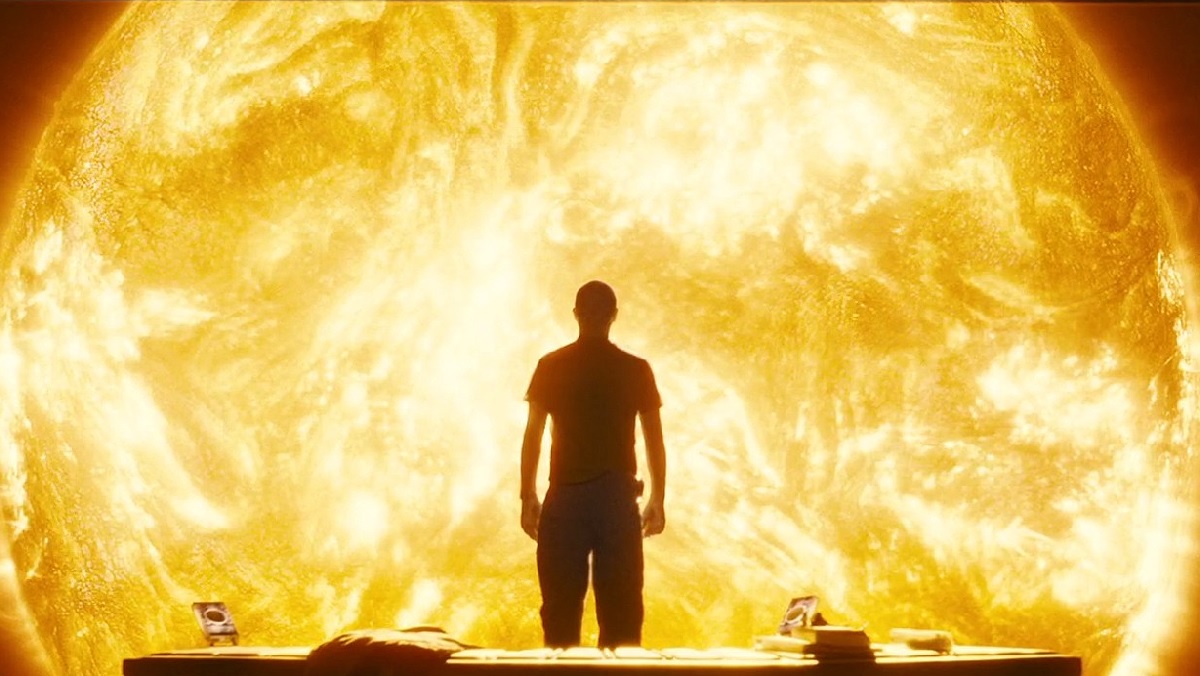 To wit, and as a rebuttal to a recent contention by  The Guardian‘s Elle Hunt, here are seven movies that have us questioning whether staying on terra firma might not be the best option.

This is the movie that gave us the immortal tagline, “In space, no one can hear you scream.” So much of the movie’s longevity rests on the xenomorph itself in the 40+ years since its release. However, Ridley Scott’s masterpiece places just as much terror in Alien on the consequences of humanity messing with cosmic forces that have no regard for us. The sequence where members of the crew investigate the derelict spaceship and find long-dead and decayed aliens and eggs is still the movie’s most thought-provoking scene. Thereafter, it gives way to some of the tensest haunted-house-in-space thrills you’re likely ever to see.

While most of the films in the Alien series could fit into this list, I’m only picking the original so that we can save room for other stuff!

Event Horizon is like if, in Alien, instead of the xenomorph eggs, they found Pinhead from Hellraiser. A long-lost space cruiser called the Event Horizon turns up inexplicably near Neptune and a new ship is sent to investigate. Turns out the big ghost ship used an experimental hyperdrive that may or may not have ripped a hole in the space-time continuum and let some horrible, eldritch evil into our dimension. What’s on the ship drove the crew insane and murderous. Despite a troubled production, Paul W.S. Anderson’s (only good) movie has garnered a cult following through its Lovecraftian sense of madness and graphic depictions of hellish visions.

Folks out there might argue that Danny Boyle’s underrated 2007 sci-fi story is a thriller and not a horror movie. Tell that to my countless sleepless nights, pal. This movie is terrifying. A similar situation to Event Horizon, Sunshine told of a future where the sun’s light was burning out and humanity tried a last-ditch effort to reignite it. The multinational crew has to do its job while looking into what happened to the previous mission’s crew. As it turns out, there are more reasons than protecting your retinas for not staring at the sun. What if the sun is looking back?

It doesn’t have to be good to be a horror movie set in space. The 10th installment in the once-ubiquitous Friday the 13th series of slasher movies finds zombie lake monster man Jason Voorhees frozen in the present and thawed way in the future. The crew are a bunch of dummies and Jason’s gonna kill ’em. It has some clever kills, and quite a few of them are directly resultant of the setting, a deep-space vessel. It’s got the glossy sheen of Canadian TV all over it, but it’s actually one of the more fun, and yes, scary, entries in that very dumb franchise.

Lots and lots of Alien rip-offs hit screens in the wake of Ridley Scott’s film; a good many of them came from Roger Corman’s New World Pictures. Not many of them are good, but a couple of them are actually pretty decent. Galaxy of Terror (alternately known as Mind Warp) is at the top of the heap. Boasting effects and creatures by soon-to-be big shots like James Cameron, the movie has a blue collar space crew up against an alien that makes you live out your deepest, darkest fears and nightmares. Sort of like Alien meets Freddy Krueger, which is fitting since a pre-Elm Street Robert Englund plays one of the unlucky crew members. Super sleazy and gory, Galaxy of Terror nevertheless gives us plenty to plague our space-phobic dreams.

At this point, space movies have a pretty standard set-up: an international crew is on a mission somewhere and something goes wrong. What makes Europa Report different is the entire thing is told via in-shuttle cameras. Yes, it’s a found-footage movie, but that actually makes it all the more tense. As more and more things go wrong on the crew’s journey to the Jupiter moon of Europa, in search of life underneath the moon’s thick layer of water ice, we feel the weightlessness as much as the growing hopelessness. And while the discovery of an alien would be a triumph in the context of this movie, seeing glimpses and wondering what you’d seen is still a butt-puckering experience.

Right about now, you’re thinking all the canned air has gone to my head; there’s no way I actually think a 1960s B-movie made in Italy could possibly scare anybody. That’s somewhat true, but Mario Bava’s super atmospheric, mega-stylized movie with a silly title paved the way for Alien, and had some things to say about what aliens in movies could be. After landing on a planet, the unseen, spore-like alien entity infest the bodies of the recently deceased, using reanimated corpses to try to get off the desolate world and go to Earth. And we see remnants of other massive alien visitors who’ve met their fates to these microscopic monsters. It looks very ’60s, but the storytelling and cosmic scares are way ahead of their time.

And that’s our list! Did we leave any major ones adrift in the ether? Let us know your favorites in the comments below!