Robotic Fibers From MIT Can Monitor and Alter Your Breathing

Along with tattoos that’ll be able to know a lot about your physiology, MIT engineers have also been cranking out clothing that does the same thing. For example, in March of this year, engineers from the research university developed “smart clothes” that can sense and record wearers’ movements. Now, MIT researchers have prototyped “soft robotic fibers” that can monitor a person’s breathing. And change it, if necessary.

DesignTAXI reported on MIT’s new soft robotic fibers, which can sense their own physical alteration and mechanically respond to it. The researchers worked with colleagues from the KTH Royal Institute of Technology and Uppsala University. The team aimed to develop robotic textiles for what will become a tool that athletes and singers can use to better control their breathing. In other words, they can be made into super helpful smart clothes. 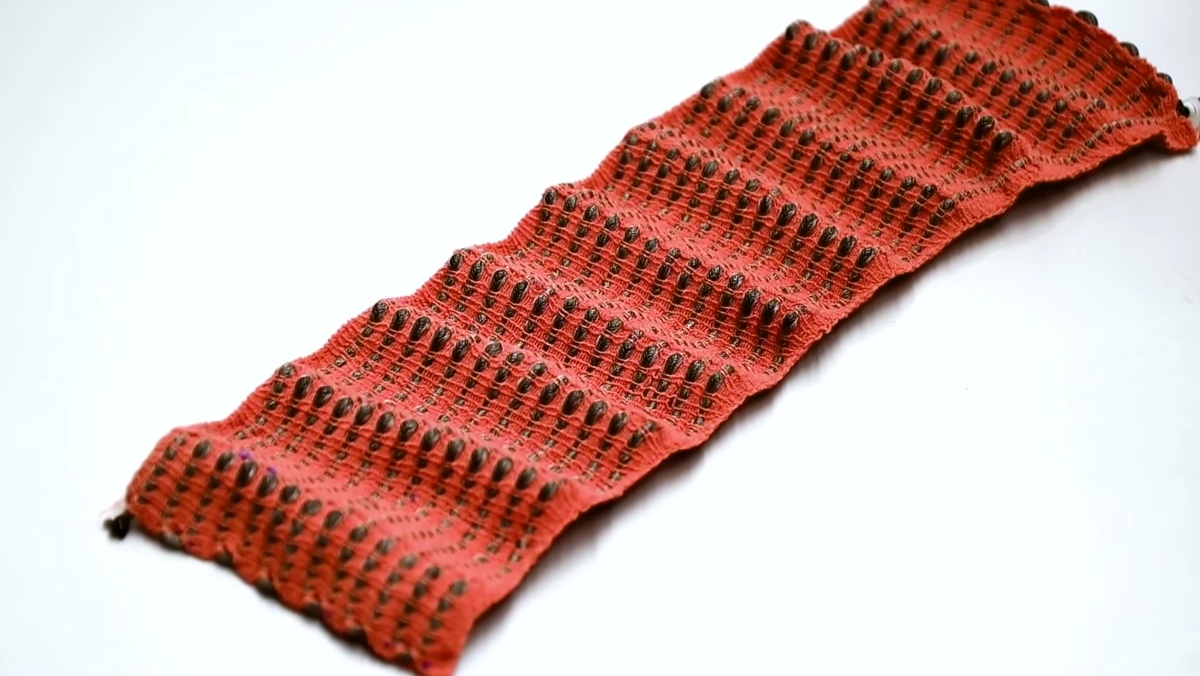 In the video above, the researchers describe how the soft robotic fibers work. As the video notes, the robotic fibers can bend, stretch, curl, and pulse on command. The fibers can also provide immediate feedback to wearers. They can squeeze around one’s midsection, for example. Or the smart fabrics can stiffen up and down a wearer’s spine.

The robotic fibers work using a miniaturized wearable electronic control platform—Flow IO—that pumps compressed air through them. The fibers themselves consist of a silicone-based ultra-stretchable material and a tubular braided polymer. These materials are wrapped in a way that creates an empty channel at their center. The channel, in turn, allows for the compressed air to charge through the fibers, straightening or constricting them. Or, conversely, loosening them up. 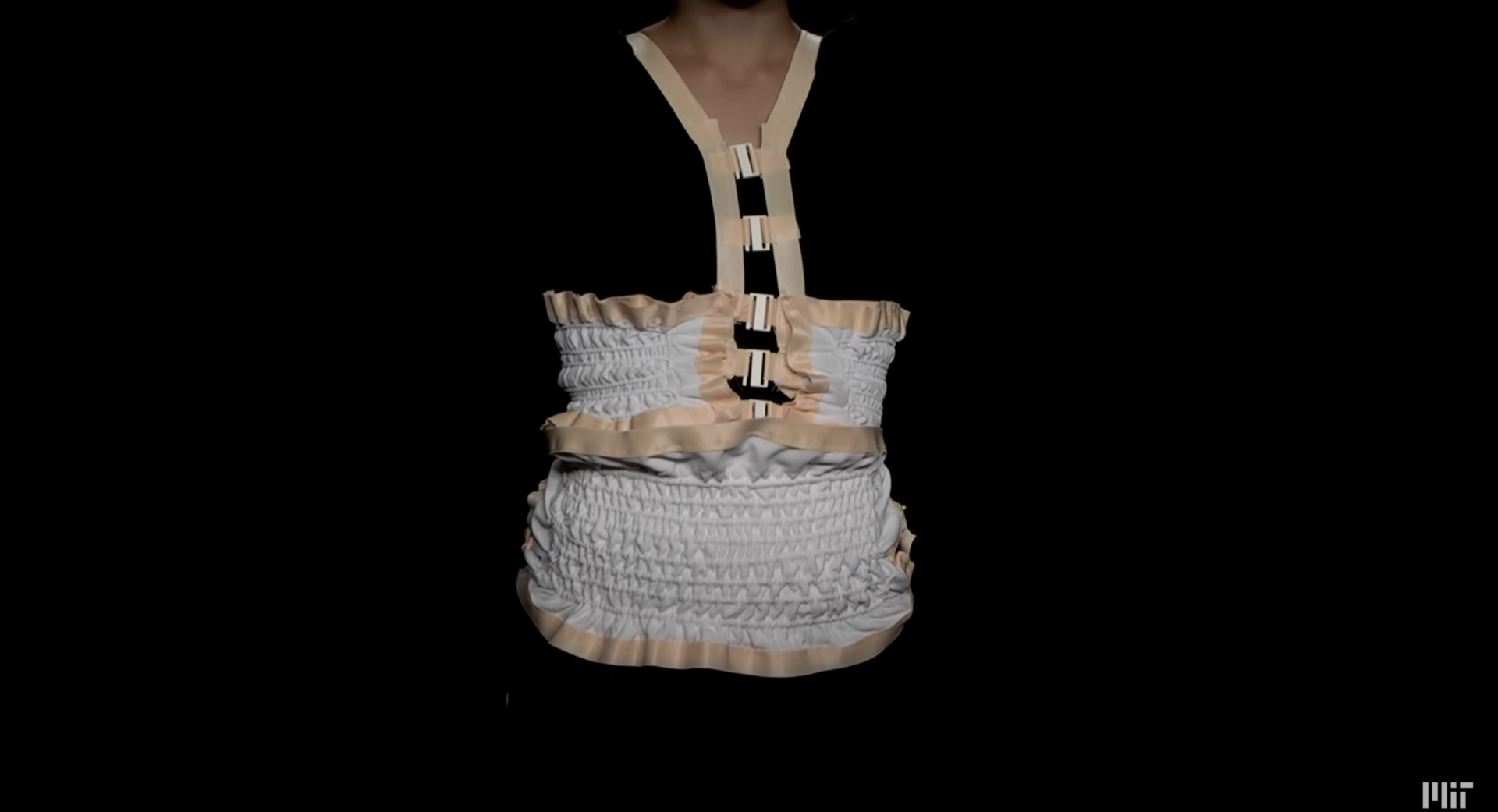 The initial use case for the fibers was as a smart robotic fabric for an opera singer. As an MIT press release notes, the team made an undergarment the singer wore to monitor and play back the movement of her respiratory muscles. The garment (above) was even able to provide kinesthetic feedback. Thus it encouraged “optimal posture and breathing patterns” for the singer’s desired vocal performance.

On top of applications for singers and athletes, the researchers say the same fibers could help patients with respiratory issues regain normal breathing patterns. Or perhaps even function as a tool for combating sleep apnea. One thing seems certain, however… Every breath you take, every move you make, smart clothes will be watching you.