One of the biggest issues medical professionals are now grappling with due to the ongoing COVID-19 pandemic is a shortage of ventilators in hospitals. This acute need for ventilators has led to companies both large and small to do what they can to shore up the supply, however, and another wave of help is on the way. This time, that wave may come, in part, from a decade-old ventilator design originally developed by MIT students; one that’s relatively cheap, and quite possibly, much easier to produce.

An MIT team is working on a low-cost ventilator alternative amid the novel coronavirus pandemic. https://t.co/rW16U8t6j5

Despite that misconception, the ventilators that could be built utilizing this design would still be far cheaper than the average mechanical ventilator that’s currently on the market. For example, premium or high-acuity ventilators, which are most commonly found in hospital ICUs, typically cost between $25,000 to $50,000. Jung says the ventilator currently being developed by this particular team of researchers would cost roughly ten times less.

This significant difference in price is due, in part, to the fact that this design, dubbed the E-Vent, isn’t for a ground-up build, but is rather a clever way of automating manual resuscitators. Manual resuscitators, often referred to as “bag valve masks” or “Ambu bags” (their proprietary name), are handheld, hand-operated devices used to continuously pump breathable oxygen and positive pressure into the lungs of patients who are not breathing properly or not breathing at all.

The E-Vent design was originally developed in 2010 by students taking part in a Medical Device Design class at MIT, although it was subsequently shelved. Thanks to the current, overwhelming demand for ventilators from the medical sector, however, it was revived by Jung, MIT Research Scientist Nevan Hanumara, et al., and is now being shared openly online. 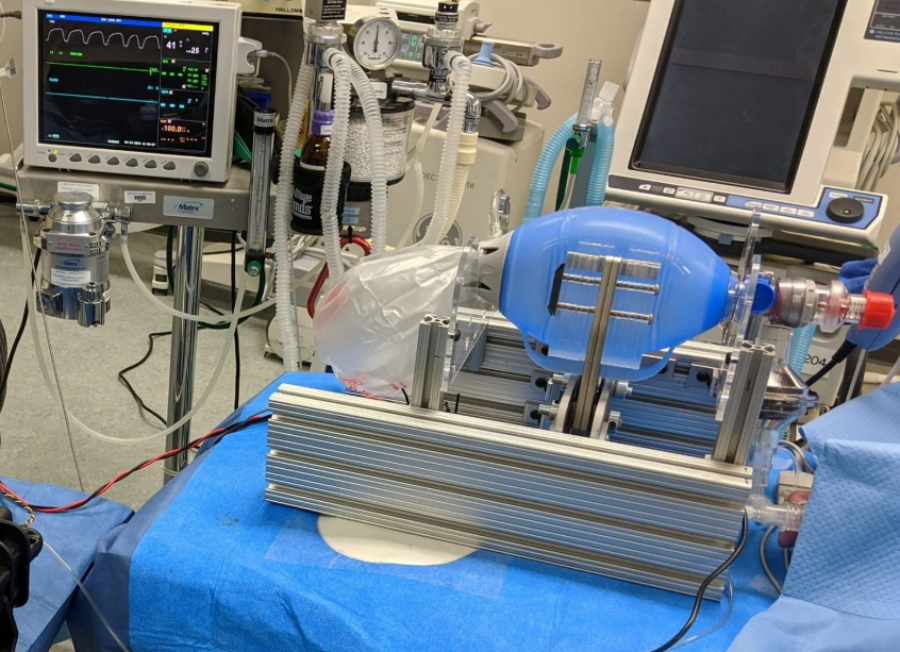 A look at the second design iteration of the E-Vent. E-Vent Project

Moving forward, Hanumara says the E-Vent team’s goal is “to provide the best research information as fast as we can, and share that so that partners in the world can scale up and [see] this through.” He adds that, pending FDA approval, and approval from hospitals’ institutional boards, ventilators built based on these designs could start being deployed as early as mid-April. They should also, according to the team, only be built by professionals, and must undergo FDA approval before being used.

What do you think about this relatively cheap ventilator design? Are you shocked to learn that it could be possible to build ventilators for ten times less than they currently cost? Or do you suspect that may be the case for a lot of medical equipment? Let us know your thoughts in the comments!