Engineers 3D Print Ventilator Valves and Save Lives in Italy

One silver lining of the COVID-19 pandemic is the extraordinary response we’ve seen from people trying to help other people. Top musicians are streaming impromptu live shows for free. Programmers are coming up with inventive ways to make sure people wash their hands properly. Even some mega corporations are upping their hourly wages to help people cope with financial strain. Now, we can add to the list of positive stories with from Italy. There, engineers helped save lives by 3D printing much-needed valves for medical ventilators.

The Verge picked up on the story, which has been reported by multiple U.S. news outlets, albeit with a serious dash of confusion. In a nutshell, a hospital in northern Italy was running low on valves for ventilators (machines that move breathable air into and out of the lungs).COVID-19 cases are inundating the hospital. So, like many of the other hospitals in the country, they were low on valves. Engineers made 3D files and reprinted the valves to replenish the hospital’s stock.

Fracassi and Faini discussing the design of their 3D-printed ventilator valves.

According to Fast Company, the life-saving effort began when a journalist at a newspaper in Brescia (a provincial capital in northern Italy, east of Milan), Nunzia Vallini, contacted Massimo Temporelli, the founder of Italian digital manufacturing lab FabLab. She told him that a hospital in Chiari, a small city near Brescia, needed valves for its ventilators. In response, Temporelli sprung into action. He contacted Cristian Fracassi, the founder and CEO of the engineering start-up, Isinnova.

Fracassi then reached out to Michele Faini, an expert in the field of 3D printing and design working at Lonati S.p.A., a manufacturing company in Brescia. The pair then worked together to design and print the ventilator valves. “We were ready to print the valves in a couple of hours, and the day after we had 100 valves printed,” Faini told Fast Company via email.

A look at the 3D-printed valves.

But Fracassi and Faini 3D printed the valves without instructions from the original manufacturer. They didn’t have permission to use patented designs either. They needed to reverse engineer the components. And this is where the reporting confusion came in.

At first, reports said the original valve manufacturer, Intersurgical, threatened to sue Fracassi and Faini—who explain their manufacturing methods in the Facebook video above—for bypassing their patents and printing the valves. This, it seems, never happened. Intersurgical did indeed withhold the instructions on how to make the valves, but that’s it. The company’s managing director, Charles Bellm, said to The Verge that they never threatened a lawsuit.

“Just to confirm that recent reports from Italy are totally incorrect. We were contacted at the end of last week for manufacturing details of a valve accessory but could not supply these due to medical manufacturing regulations, we have categorically not threatened to sue anyone involved,” Bellm said in his statement to The Verge. “The valve is an accessory supplied as part of a CPAP Hood system which alone costs a few euros.” 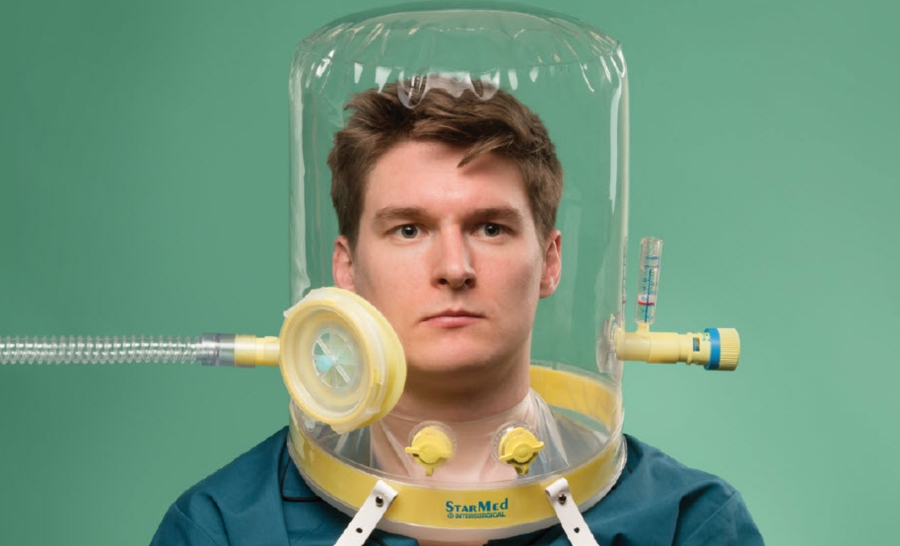 The price of the valves was another point of confusion among those reporting on the story. Originally, multiple outlets reported that the valves made by Intersurgical cost $10,000 apiece. They compared those to Fracassi and Fiani’s, which only cost a dollar per unit. But Fracassi confirmed to Fast Company that this $10,000 is incorrect. It’s likely Intersurgical’s valves are far, far cheaper than that. We don’t know the price, but Bellm’s told The Verge the whole CPAP Hood system costs only a few euros,

For those who haven’t been keeping themselves updated on COVID-19 in Italy, the country is one of the hardest hit by the disease. Lots of evidence shows this is due to the fact that Italy has a relatively old population. According to worldometer, as of March 19, Italy has just over 41,000 confirmed COVID-19 cases in the country, as well as just over 3,400 confirmed deaths.

More than 99% of Italy’s coronavirus fatalities were people who suffered from previous medical conditions, according to a study by the country’s national health authority https://t.co/nceZlrX1Qc pic.twitter.com/Nu7NACtoOb

According to a translated version of a Facebook post from Fracassi, he says that nobody should call him or his collaborators heroes. “Sure, people were going to die, but we only did our duty. In fact, refusing would not have [only] been a cowardly [act,] but a murderous act.” Fracassi added that he and everyone else involved in making the 3D printed valves “simply wish that only one thing [remains] of this story: [that] the community, made up of a hospital, a newspaper, a team of professionals, ran against time and saved lives. That’s all.”