Humanoid robots are already dancing, backflipping, and scaring the heck out of people all over the world. But, they still need a lot of work. Delicate motor skills often represent a challenge that needs ingenious solutions. So, a team of MIT engineers came up with a new solution. They programmed a robotic arm to help people clothe themselves. And the great news is: the robo-arm won’t hurt anyone!

MIT recently announced the new algorithmically enhanced arm. A team of engineers at the institute’s Computer Science and Artificial Intelligence Laboratory (or CSAIL) created the bot. For those unfamiliar, CSAIL has been behind lots of other projects. Some of those prior projects include making shape-shifting robots on some occasions while data-collecting clothing on others.

For this project, the engineers say their goal was to help streamline the interactions between robots and people. Specifically “to help a robot find efficient motion plans” to ensure the physical safety of their human. While fantastic at doing things humans can’t, robots tend to be terrible at the simple things we humans take for granted.

The engineers programmed the robot arm with the ultimate hope of helping those with disabilities or minimal mobility. MIT reporter, Rachel Gordon, notes that the robot provides “a theoretical guarantee” of human safety. That’s something it can achieve by using realistic models of how humans tend to move. However, it seems like the team didn’t deploy machine learning for the project, which is surprising.

To guarantee human safety, the team’s algorithm takes into account the uncertainty of human movements. Robots typically have a single, default model where the robot only understands one potential reaction. So, to resolve that, the team gave the machine an understanding of the many possibilities of human movement. This allows the robot to mimic more closely how a human can understand other humans. 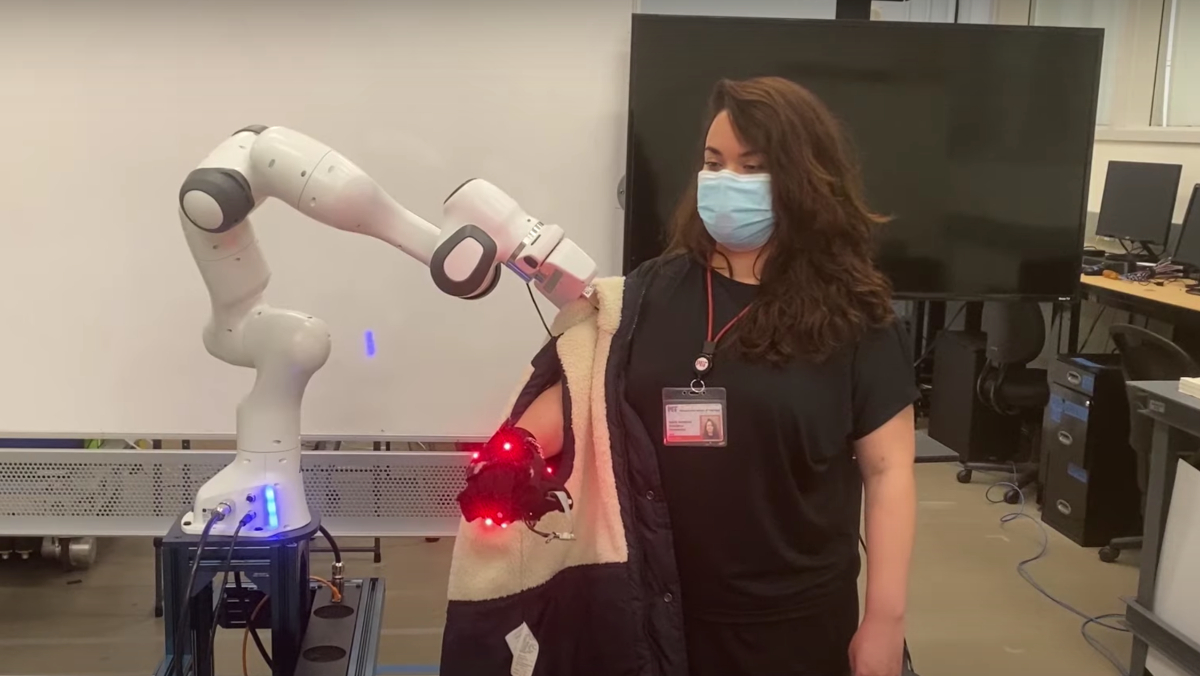 “Developing algorithms to prevent physical harm without unnecessarily impacting the task efficiency is a critical challenge,” MIT Ph.D. student Shen Li, a lead author of the research project, said in a press release. “By allowing robots to make non-harmful impact with humans, our method can find efficient robot trajectories to dress the human with a safety guarantee.”