Roboticist Explains How To Escape A Real-Life TERMINATOR - Nerdist

Roboticist Explains How To Escape A Real-Life TERMINATOR

Sand. Many hate it because it’s coarse and rough and gets everywhere. But according to a leading robotics researcher at the California Institute of Technology (Caltech), hightailing it onto some sand may be your best shot at survival if you ever find yourself running from a real-life Rev-9 from Terminator: Dark Fate. Or at least a pair of torsoless, increasingly sophisticated robotic legs like those scientists are developing in labs across the globe. 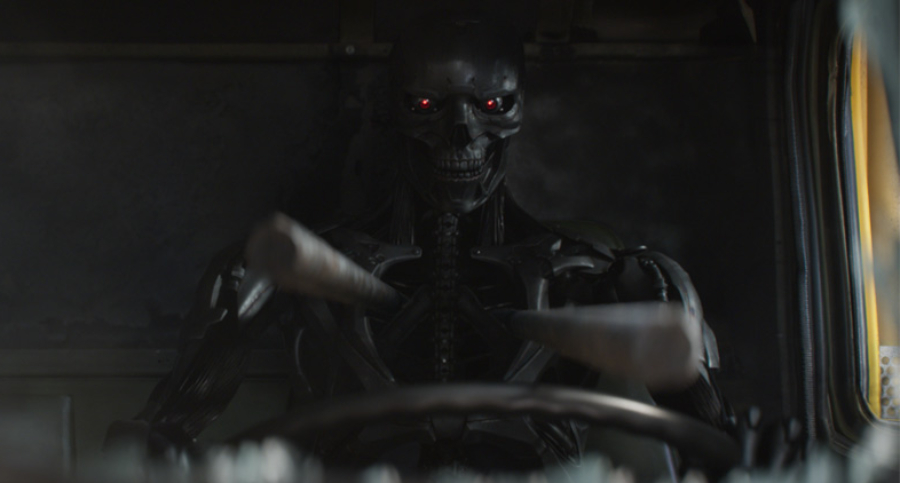 The Rev-9’s endoskeleton hunting down Dani and Grace. Paramount Pictures

Bolting for the beach may sound like oddly specific advice, but Nerdist recently visited the Advanced Mechanical Bipedal Experimental Robotics Lab (AMBER Lab) at Caltech in conjunction with the home video release of Terminator: Dark Fate, and learned that a detour into sand is an effective strategy to slow down even the most cutting-edge bipedal robots out there today. Which is why we wanted to learn all about it, especially considering the possibility of Skynet and now its successor Legion developing murder machines to kill us.

Before diving into the tactical hot tips, Professor of Mechanical and Civil Engineering and Control and Dynamical Systems Aaron Ames, the head of the AMBER Lab, described some of the obstacles roboticists must to overcome to ever produce anything even close to Rev-9—or any other Terminator model for that matter. (Never before have we been so grateful for the extraordinarily difficult applied physics problems standing between engineers and homicidal humanoid robots that frequently appear in sci-fi stories. 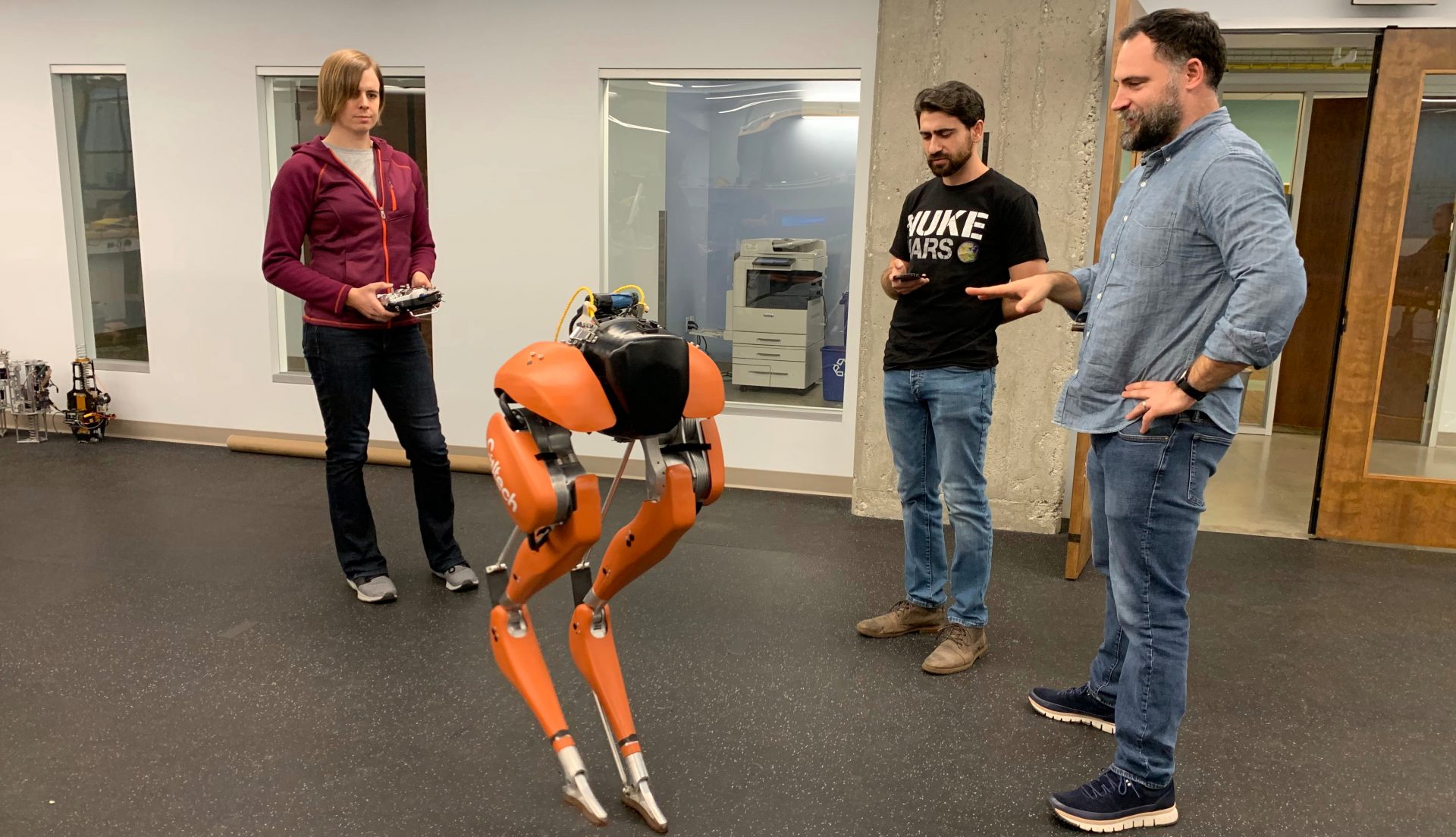 Professor Ames (far right) and one of his team members (holding remote) showing off a bipedal robot. Mac McLean

“They’re sort of at the level of smartphones right now,” Ames said while showcasing his bright and airy lab chock full of robots that walk on two legs, four legs, or fly through the air. Specifically referencing the battery capacity of some of the robots, which currently hovers around four hours, he explained, “power is definitely one of the biggest limiting factors [right now], but it’s not a crippling factor.” That said, he mentioned that researchers could potentially achieve up to 30 hours of runtime for some robots, which means that you’ll still want to find a beach, motel or other hideout even with a cybernetically-enhanced soldier like Grace by your side.

Meanwhile, there are still other major limitations that apply to today’s bipedal robots that we lowly biological organisms could exploit if needed.

Legged robots in the lab strutting their stuff as we talk Test and Evaluation (T&E) of heterogeneous multi-robot teams with @afosragiletande pic.twitter.com/jWNIVkFAGz

“It’s important to understand that the [biggest] bottleneck right now is not the hardware, it’s the mathematics,” Ames said. “Meaning the ability to generate these dynamic movements in a way that they’re [consistently] successful.” Ames refers to “the precise coordination of all the physics” required for a legged robot to walk with the same freedom and mobility as their human prey. “Any time you take behaviors where the physics becomes more and more critical, the harder it is for a robot to do that repeatedly, without error,” Ames added.

Ames also said that as a bipedal robot’s running speed increases, the more likely it is to fall flat on its face. This is because as the robot’s running speed increases, the further it enters into “a domain where the physics become more and more dominant…[and where there are] less and less avenues for success.” The “flight phase” that running requires—that is, the period of time when the robot is completely in the air and not touching the ground with its feet—is particularly problematic because when a bipedal robot is in the air, it doesn’t have the ability to plan its future movements before it leaves the ground so that when it lands it’s still in the correct position for continued stability.

One of professor Ames’ team members shows off a bipedal robot’s ability to stabilize itself. Mac McLean

With these limitations in mind, what else does Ames recommend as options for dodging a Rev-9 or one of its more-realistic counterparts? Aside from teenage Anakin Skywalker’s fiercest nemesis, people in a Dani Ramos-type situation will want to “go on terrain that [the robot] hasn’t seen [before].” Unfamiliar terrain is proverbial kryptonite for them at this point in their development because they can’t generalize their abilities, meaning that skills acquired by current robots to perform specific tasks within well-defined parameters do not easily translate or readjust to new or unexpected real-world situations. Ames noted that “the more dynamic the behavior, the more uncertain the terrain, the more [the robots will] fail.”

To sum up: If you’re trying to beat any class of Terminator, or any real-life bipedal robot, you should find dynamic terrain that’s preferably sloped and/or sandy, run as quickly as possible, and do your best to keep moving for at least a few dozen hours. And while you probably won’t need to utilize these tips any time soon, it’s still good to know about them, right? After all, we can never be totally certain that a Rev-9 or T-800 won’t suddenly fall out of the sky, hellbent on destroying the species that worked so hard to create it.

Terminator: Dark Fate is available now digitally and on 4k UHD, Blu-ray and DVD. What do you think about professor Ames’ tips for evading the humanoid robots from the Terminator franchise? What other tactics should we add to this list? Give us a rundown of your thoughts in the comments!