Take a Moment to Marvel at Hyrule Castle Recreated in MINECRAFT

The sweeping majesty of towering turrets emblazoned with the Triforce. Princess Zelda’s cozy study. A library filled to the brim with more books than you can read in a lifetime. You won’t find all of this in the ruins of Hyrule Castle in  The Legend of Zelda: Breath of the Wild. Thanks to expert builders of Team-Kyo (Team-京), you’ll only see it in dazzling detail in Minecraft.

Nintendo Japan featured the staggering Breath of the Wild-inspired build on the official website. Included is an interview with the creators, who shared what it’s like to take on a Minecraft build of this size. The tour video shows the major features of the castle, set to a calming rendition of the classic Zelda theme,”Epilogue” from the Breath of the Wild soundtrack. Slow down, take a deep breath, and just marvel at the majesty of Hyrule Castle.

Team-Kyo is made of seventeen professional builders, reveals the interview, and much of their Minecraft building experience has been in recreating cities in block form. The initial design was based on screenshots and official artwork from Nintendo. Two weeks of design and two months of building later, Hyrule Castle was restored to its former glory before the arrival of Ganon.

The amount of bricks and time it must have taken to build the audience room alone is staggering. 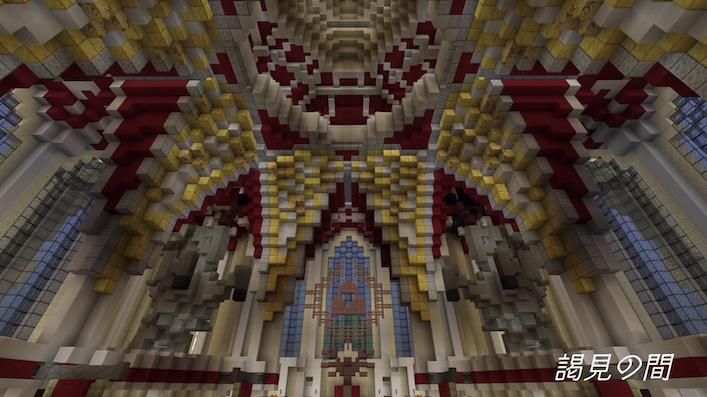 While it’s not currently possible to actually explore the pre-destruction Hyrule Castle in either Breath of the Wild or Minecraft, this amazing creation does make it easier to imagine what life was like for young Princess Zelda. Maybe if they make that Legend of Zelda television series or the animated series we’ve always dreamed of, we’ll get to see the castle in its full glory again.

Which version of Hyrule Castle is your favorite? Tell us in the comments.