What Could This Mysterious New MIDNIGHT MASS Teaser Mean? - Nerdist

What Could This Mysterious New MIDNIGHT MASS Teaser Mean?

When The Haunting of Bly Manor ended in the winter of last year, creator Mike Flanagan disappointed many fans by revealing on Twitter that there were “no further plans” for another series of the beloved Netflix horror anthology. But the official The Haunting instagram account has given us hope and chills with a mysterious teaser posted today. While it’s actually for Flanagan’s new Netflix series Midnight Mass–and not a new Haunting show–we thought we’d have some fun speculating what it can tell us about his mysterious upcoming project. And while there’s not much to go on, we’ve got some thoughts!

The creepy five second short centers on a ferry heading to Crockett Island. “We’re 30 miles from the mainland with only two ferries a day” the caption ominously states… That would fit with the official plot details Netflix has so far released for Midnight Mass. “an isolated community experiences miraculous events – and frightening omens – after the arrival of a charismatic, mysterious young priest.” Seeing as we love a spooky island and Maine set horror, this sounds appropriately good and creepy to us.

It also sounds vaguely reminiscent of Revival, a Stephen King project that Flanagan was working on before revealing last year he was no longer developing it. In that story a Methodist preacher becomes a beloved member of a small Maine town before renouncing god and becoming an unusual faith healer. While Midnight Mass doesn’t appear to be this adaptation under another name, the stories both share similarities around new religious figures and their impact on the small Maine based communities they appear in. And that’s not the only potential King connection to the show either. 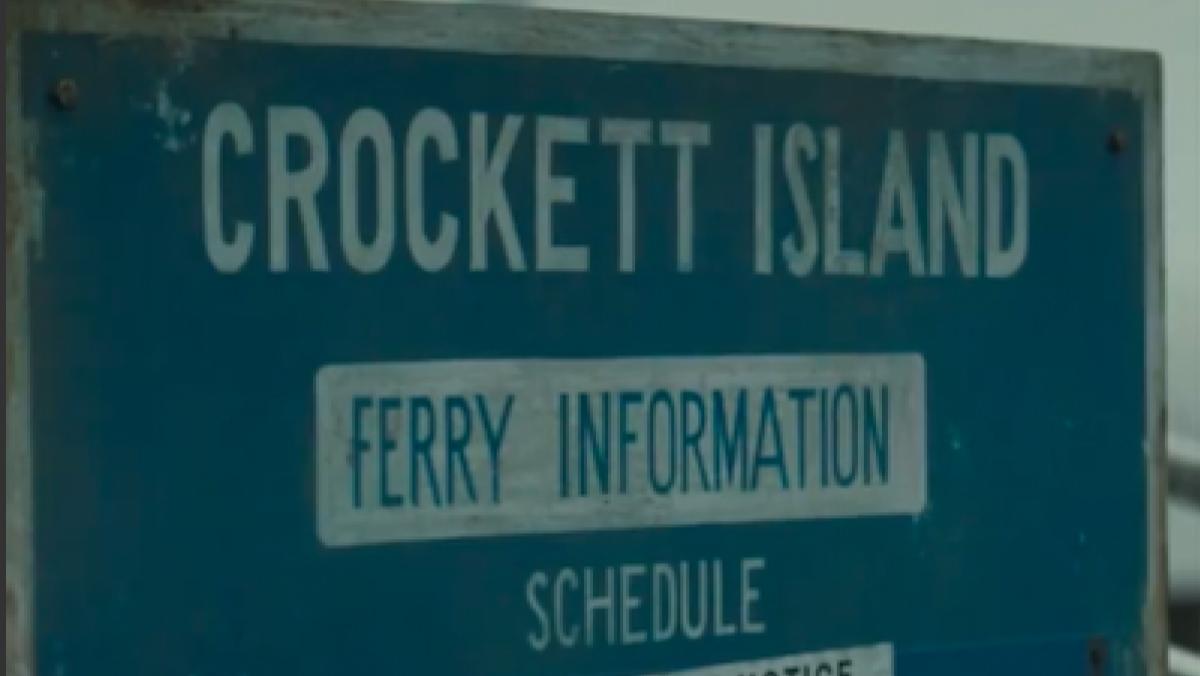 Of course when we think of Maine we think of Stephen King. So when The Haunting Instagram posted the teaser today many fans wondered if this was a teaser for a King influenced season of The Haunting. Alas, no but Midnight Mass does appear in another King Netflix project. Gerald’s Game was Flanagan’s delightfully dark adaptation of King’s 1992 novel of the same name. Bly Manor’s Carla Gugino stars as a woman who gets trapped, handcuffed to her own bed after her husband has a heart attack during sex. Gugino isn’t the only Flanagan Easter egg as we also see the book Midnight Mass, thrown across the room during the film. So will this be an adaptation of that book? To answer that we need to look at another Flanagan film…

In 2016’s Hush, starring Hill House, Bly Manor, and future Midnight Mass star Kate Siegel, it’s the name of the deaf/mute author’s popular book. In that cult slasher Siegel plays that very author who has to outwit a villain that consistently underestimates her. Seeing as Midnight Mass seems to be an existing text, it’s unlikely we’ll see Siegel play the same character. Unless of course, it was an auto-biographical horror that we just weren’t aware of. If she survived the strange events and nefarious priest perhaps that explains how she survived her assailant in the woods… But anyway, the point is that Midnight Mass very much exists within Flanagan’s interconnected world of horror. So expect this to at least hint at his other work.

There’s also the Maine setting. Flanagan is a student of horror. So while this might not be a direct adaptation of any horror classic, it could likely be an exploration of what Maine means to horror and why it has become such an iconic location. That will likely mean some definite King references, as well as nods to iconic Maine set stories like Richard Matheson’s Hell House. We’re pretty excited about this aspect. Island horror often also means folk horror… so another exciting subgenre for Flanagan to delve into. So basically this is going to be another brilliant horror deconstruction from Flanagan. And as you can see we’ll be here to dream, theorize, and write about it until it hits Netflix. Bring it on!