Who’s ready for a dose of foodie Disney deliciousness this morning? Disney launched a Disney Magic Moments website in April to better help people feel that Disney magic wherever they may be. They’ve previously shared recipes for a couple of beloved snacks in their parks, including churros and the Dole Whip. And now, Disney is making our Monday because they released their famous Mickey beignets recipe and all the ingredients are things you probably already have in your kitchen. (Well, hopefully you’ve been able to get your paws on yeast). 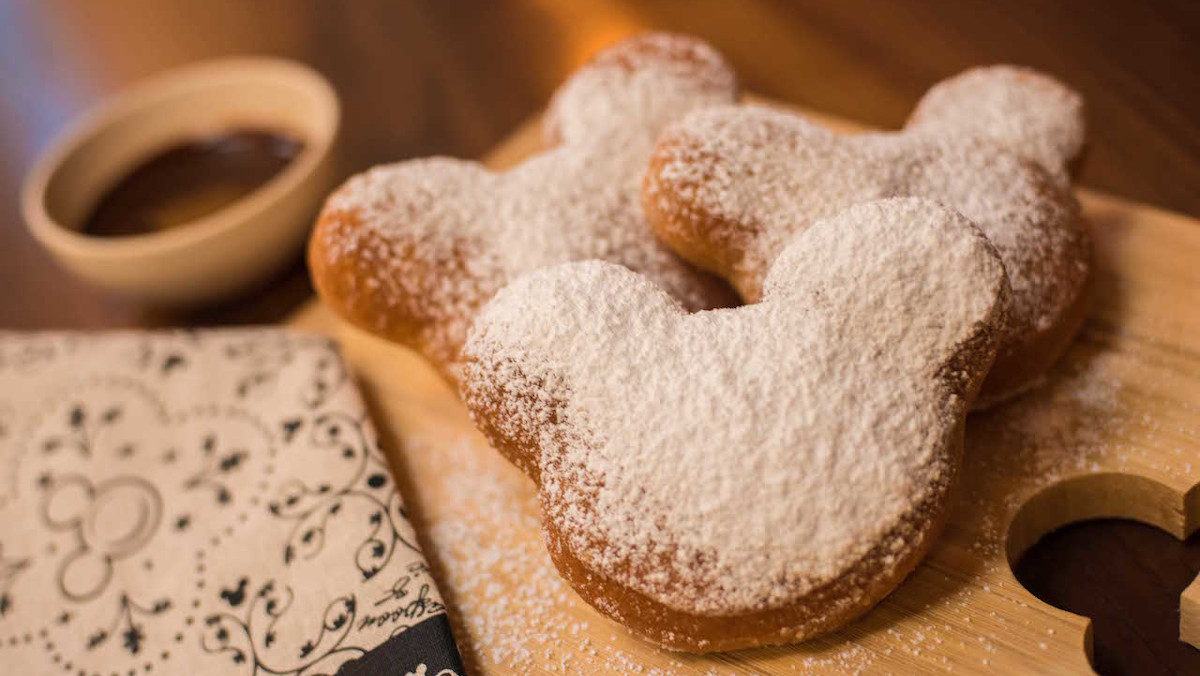 Alex Dunlap, Food and Beverage Communications Coordinator for Walt Disney World recently posted the recipe on the Disney Parks Blog and said about the unveiling of the recipe that this is a, “favorite fluffy fried treat from both Disneyland and Walt Disney World Resorts. Now, you can cook up your favorite memories from New Orleans Square and Disney’s Port Orleans Resort – French Quarter from the comfort of your own kitchen. These beignets are the perfect snack to eat while watching Disney’s animated classic ‘The Princess and the Frog‘ on Disney+. All you need is this recipe, a heaping helping of powdered sugar, and a love for our favorite pal, Mickey!”

Count us in! The full recipe: 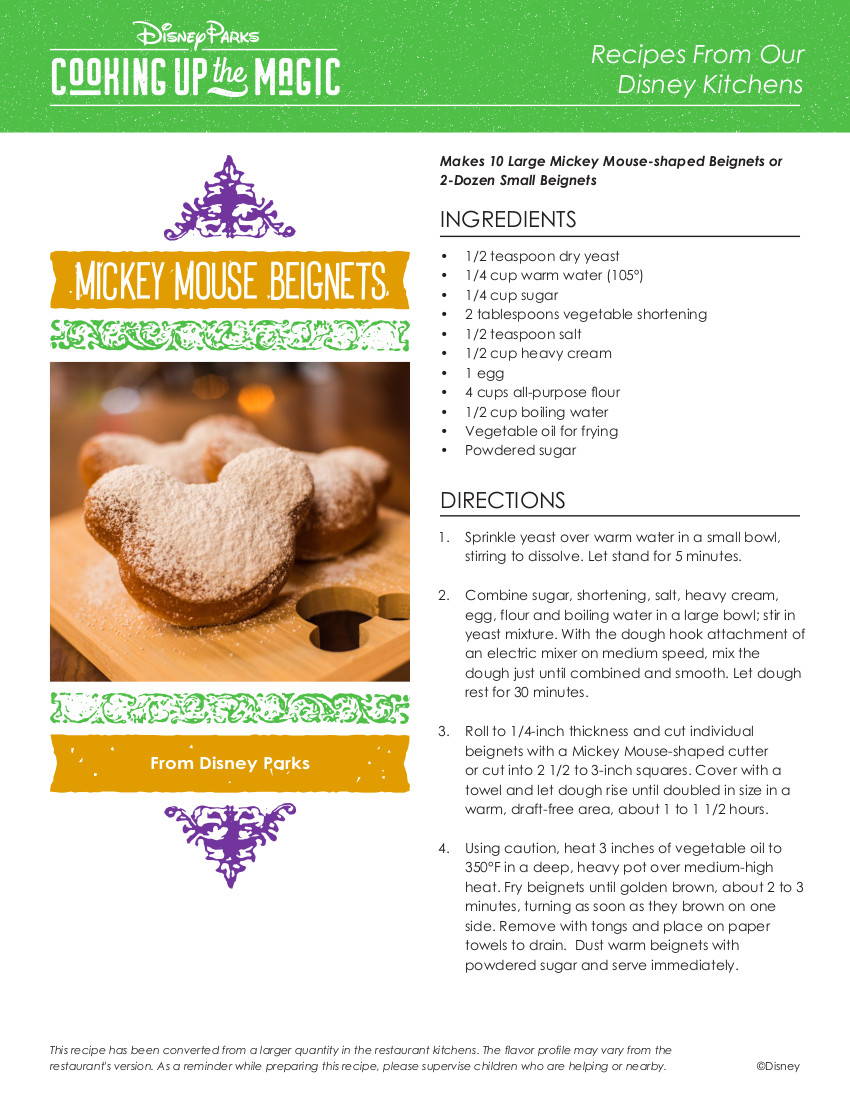 If you’re looking for even more recipes from around the Disney Parks, The Official Disney Fan Club website also has an extensive amount of somewhat more complicated recipes including the quinoa salad from Disney World’s Animal Kingdom or the pozole offered at Disneyland’s California Adventure. We’re already drooling and dreaming about when we can eat our way around theme parks once again. Raise your hand in the comments if you’ll also be plotting out an entire day’s worth of snacks for when we can all return to Disneyland and Walt Disney World.