For most people who grew up in the ’80s and ’90s, Michael Keaton is Batman, and Beetlejuice. Since then, he’s appeared in close to 100 films and television shows, ranging from comedies to dramas to action movies. He’s a very versatile actor; one of our favorites. But did you know he used to also do stand-up comedy? It’s true! In the 1980s, there was something of a stand-up comedy boom, where people could make a lot of money doing stand-up. There were television shows devoted to it, including the once-ubiquitous An Evening at the Improv, which ran from 1981 to 1996.

The official YouTube channel for  An Evening at the Improv recently uploaded one of Keaton’s sets from the show in ’81. Behold the pre-stardom stand-up of one Michael Keaton.

This whole clip screams the ’80s to me. The Improv, one of Los Angeles’ most famous comedy venues, has a brick wall in front of which the comedians perform. This became so well-known that merely the sight of a brick wall, a microphone, and a spotlight is still the go-to shorthand for stand-up comedy.

Keaton’s set itself isn’t anything too special. Bits about talking to yourself, lunatics on the street (a very common LA phenomenon), family road trips, stuff like that. But what’s immediately evident is his focus was clearly on specificity in character work. He embodies the guys talking to themselves, his sister whining, his dad smacking them while driving the car; it’s all very mannered and clearly based on long observations. That’s a very Michael Keatony thing. 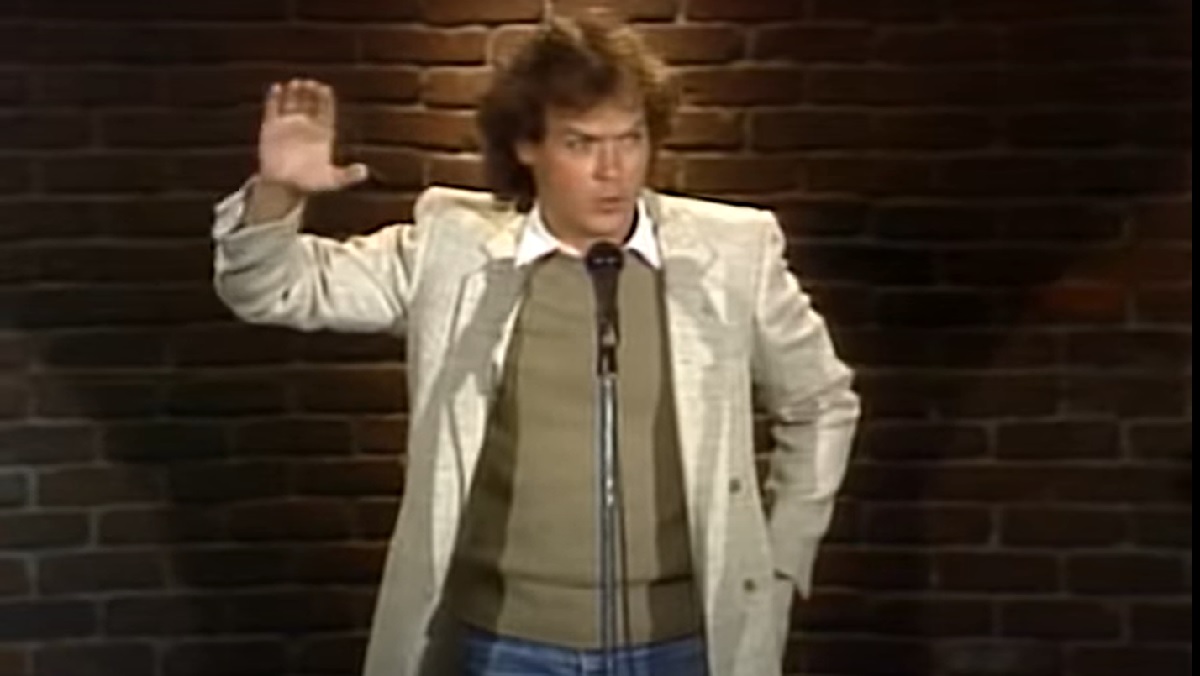 An Evening at the Improv

Not one year after this TV appearance, Keaton began his string of successful movies; Night Shift, Mr. Mom, Johnny Dangerously, and so on. By 1988, he had Beetlejuice, in ’89, Batman. And then it was off to the races. But it’s a lot of fun to see where he got his start, telling jokes for the nightclub folks.