After releasing glow-in-the-dark Star Wars-themed chonies in September 2018 to the kind of rhapsodic enthusiasm only matched by a celebration on Coruscant, MeUndies has created a second series, the “Star Wars Disco Collection,” featuring three new designs on a variety of under- and loungewear products. Debuting to the public on May 1, MeUndies is offering everything from briefs to onesies in a theme guaranteed to make the Meco fan in your life very happy. 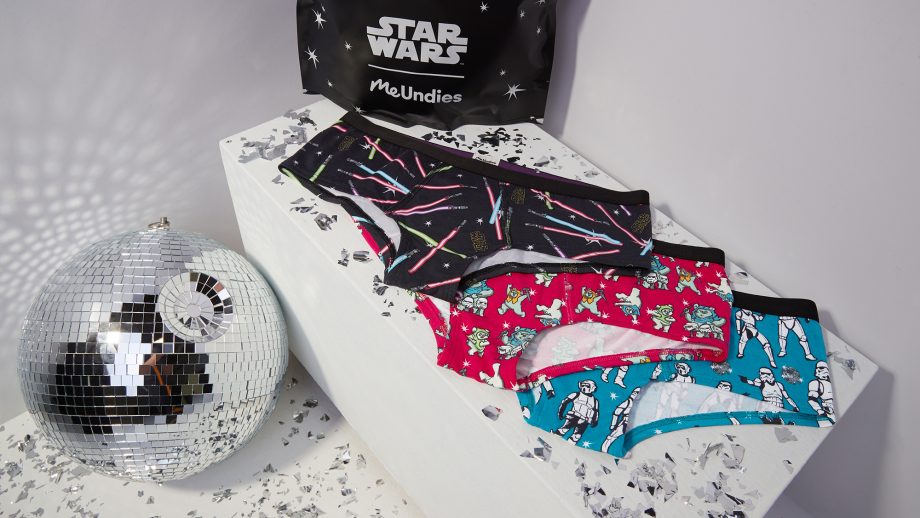 MeUndies’ first Star Wars-themed collection was pretty straightforward – a series of different underwear styles all using the same print of Yoda, C-3PO, R2-D2, Chewbacca and a Stormtrooper. The “Disco Collection,” vaguely inspired by Meco Monardo’s 1977 album Star Wars and Other Galactic Funk, features three different designs on an expanded collection of products featuring a variety of fits depending on how you like to holster your lightsaber.

“Death Star Disco” features different kinds of Stormtroopers (classic and Scout Troopers) next to a “sparkling” Death Star disco ball against a teal background. “Yub Nub” highlights, you guessed it, Ewoks as they pound out a funky tune on a trio of Trooper helmets on red fabric. And my personal favorite, “Lightsabers,” features a cascade of red, blue and green lightsabers against the body-slimming blackness of space. 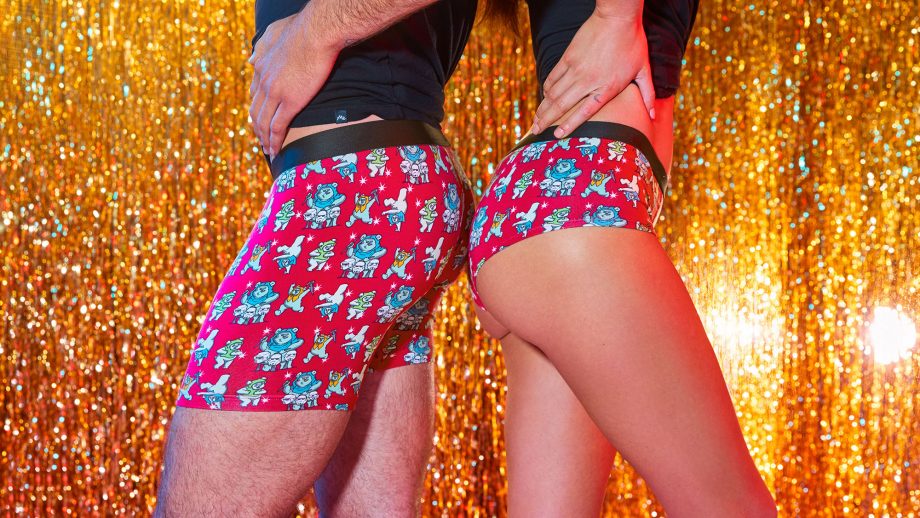 These same designs additionally come on lounge pants and onesies, in case you’re tired after a long day of hunting rebel scum, or just want some soft clothes that complement the thousands of Star Wars tees and other attire that companies are producing to ensure that the franchise becomes not just perennial entertainment but an integral part of your lifestyle. As always, MeUndies garments are made from 92% micromodal, 8% spandex to ensure comfort, flexibility and style as you’re out swashbuckling or stealing Death Star plans.

The Star Wars Disco Collection debuts on May 1, but if you’re a MeUndies member you can pre-order lounge pants, onesies and three-packs of the underwear right now on their website. Nevertheless, if you plan to do more in them than save the galaxy, you will, however, have to provide your own “Cantina Theme.” 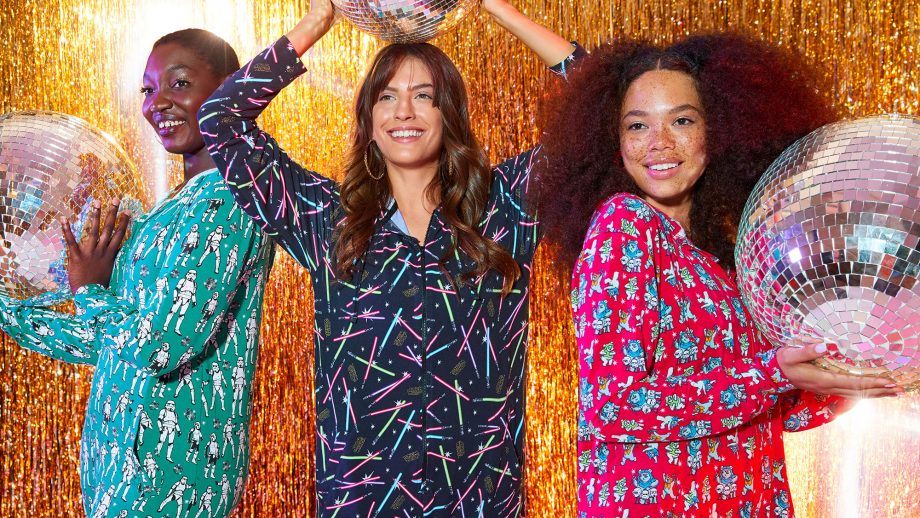