The Meow Mix song will still play endlessly in my head long after I’ve used up my nine lives. Between those simple lyrics and that catchy tune, it will live in my brain long after I’ve stopped using it. But right now it has to make room for some new versions. Meow Mix has just dropped this year’s—and really any year’s—hottest cat-inspired LP. You can now order a vinyl copy of a limited-edition record that features five different remixes of that classic jingle. And if you think that sounds absurd, you won’t after you listen to it.

The “Meow Mix ReMix LP” is taking that famous jingle on tour through different genres of music. It features five 30-second tracks, all of which offer a fresh take on the iconic original. There’s a pop version from Luna and a Latin-flavored take from Gatocito. Meanwhile, Heart & Paws contributes a country rendition. Endless Hiss is here to rock out with a black (cat) metal banger. And Sweet Teddy Pepperpaw’s jazzy track closes out the album with a swinging good time. The twangy Heart & Paws track also got its very own video. It is, somehow, even better than you’d hope.

Yes, we obviously agree—all five versions should get their own music video. Especially when you get to know each kitty artist. Make sure you head to the album’s official site. Meow Mix has official bios for each feline act. And just look at these beautiful, stylish, talented cats. 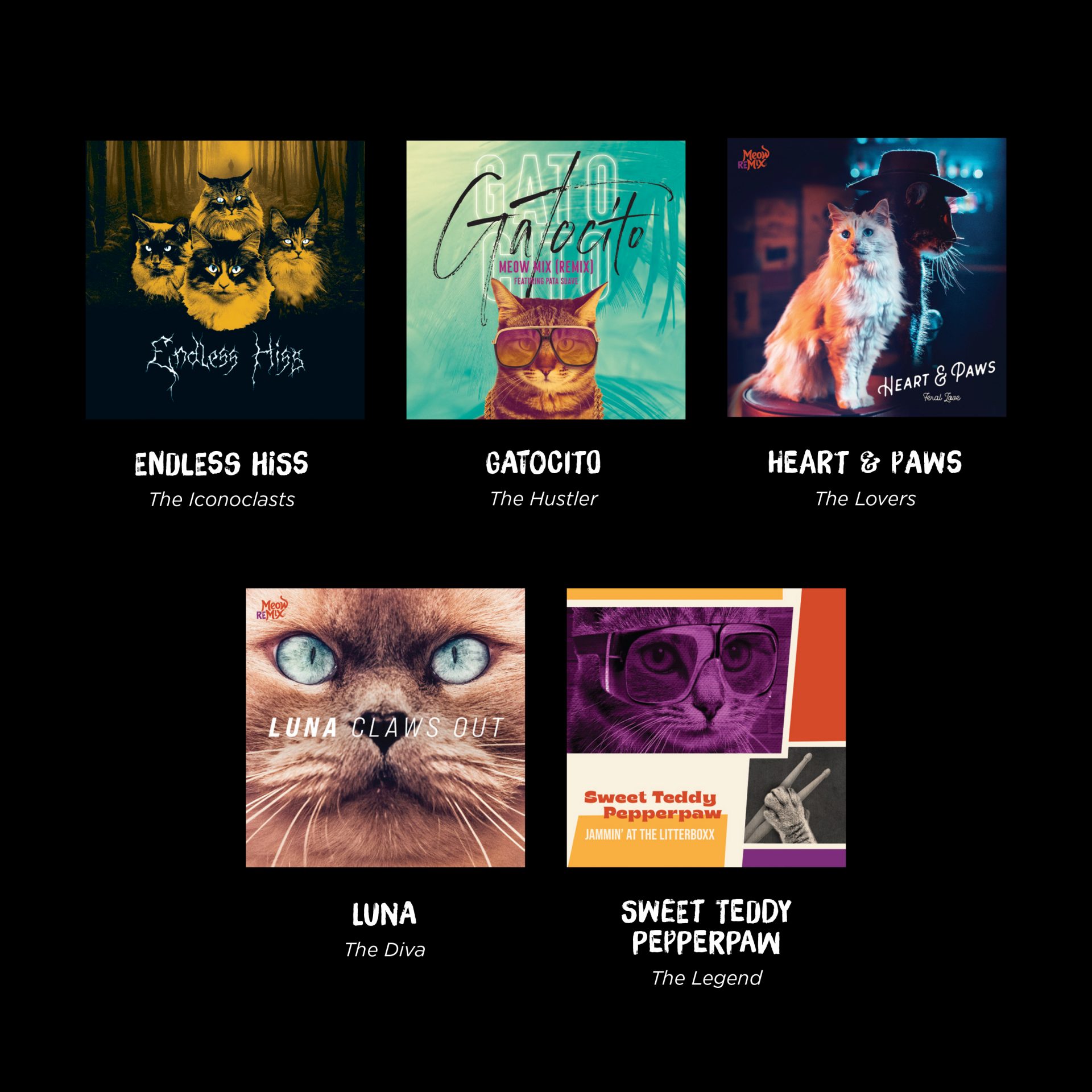 You don’t just have to stick to streaming the album; you can now preorder the record on vinyl. It is exclusively available at Amazon ($9.99), but only while supplies last. This is a limited release, so don’t catnap on this.

The album will ship in April. Each purchase also comes with a coupon for a free bag of Meow Mix’s new Tasty Layers cat food. It’s a nice bonus for our kitties. But that’s not what music is all about. It’s about the art. It’s about the tunes. And it’s about the cats.

Oh, and it’s also about making sure a jingle that was never going to leave our heads still sounds fresh.