The cast of the greatest prime time soap opera of the ’90s is returning for a special COVID-19 benefit reunion. According to the Hollywood Reporter, the cast of Melrose Place are reuniting for Tuesday’s  Stars In the House YouTube series which benefits The Actors Fund. The reunion will be hosted by Seth Rudetsky and James Wesley. The pair have hosted similar reunions for other popular shows, like Desperate Housewives and Frasier.

Although the over-the-top ’90s soap had probably close to two dozen regular cast members in its seven year run, those coming back for this Zoom reunion are the most iconic tenants of 4616 Melrose Place. All of them are from the show’s first five seasons. Coming back are Josie Bissett; Thomas Calabro; Marcia Cross; Laura Leighton; Heather Locklear; Doug Savant; Grant Show; Andrew Shue; Courtney Thorne-Smith; and Daphne Zuniga. Basically, all the cast members that fans really think of when they think back on the show. 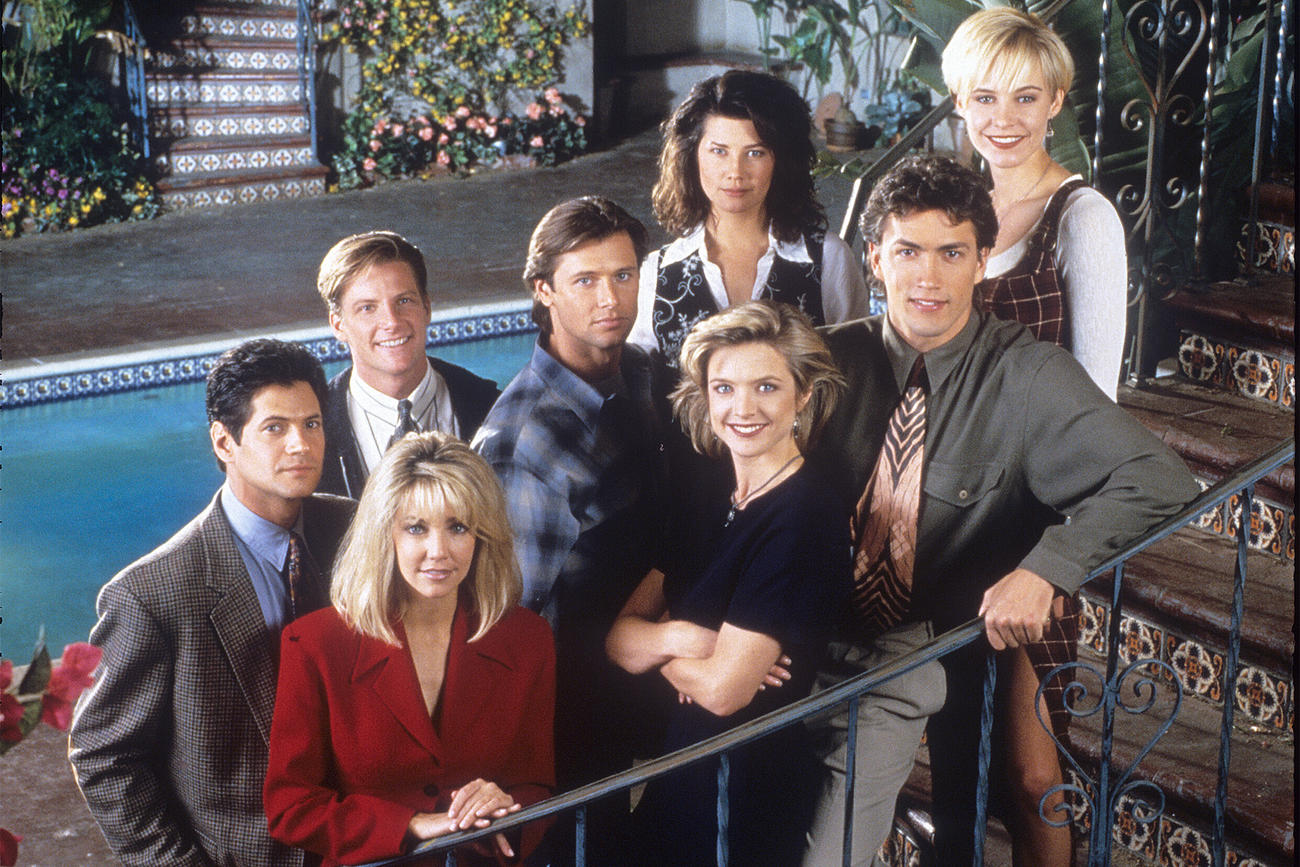 Melrose Place began life as a spin-off of Beverly Hills 90210, and was essentially another version of that show with slightly older characters. All the characters got along great, and each episode ended with a big pool party. But no one watched it, so suddenly certain cast members turned evil and conniving, Heather Locklear came on board as the show’s primary villain, and Melrose Place became a huge cultural hit.

At its peak ridiculousness, Marcia Cross’ character of Dr. Kimberly Shaw planted bombs in the apartment complex and blew it up. And then they repaired the complex two months later and everyone moved back in like nothing happened. What I’m saying is this was the best show of the ’90s. Although she’s not announced for it, I am still hoping for a surprise appearance by Sex and the City’s Kristin Davis, who played the evil Brooke in seasons three and four. Her character later drowned in the swimming pool and haunted it for a couple of episodes. Yup, this is the kind of show Melrose was. And it was grand.

The Melrose Place cast’s episode of Stars In the House will air live on YouTube on Tuesday at 8 p.m. ET.